US Representative John Ratcliffe's lack of experience and possible exaggerations in his resume have led to President Donald Trump deciding to drop him as his new spy chief. 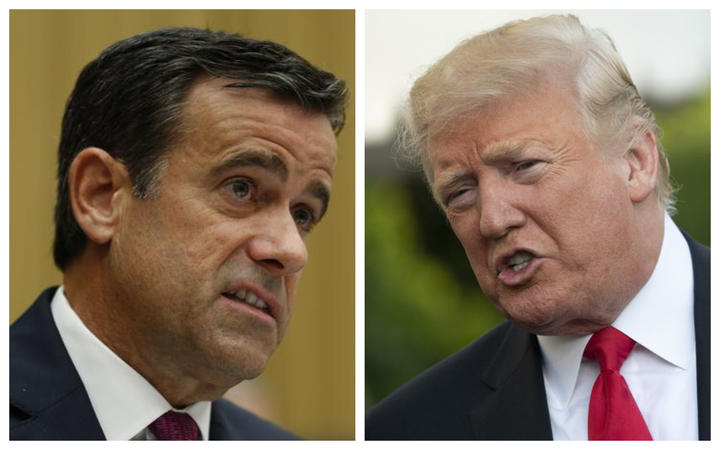 John Ratcliffe, left, who has taken Donald Trump's advice and withdrawn from consideration to be the head of the 17 civilian and military intelligence agencies in the United States. Photo: AFP

Mr Trump blamed unflattering news coverage for fellow-Republican Mr Ratcliffe's decision to bow out of the nomination process and instead remain in Congress.

"Rather than going through months of slander and libel, I explained to John how miserable it would be for him and his family to deal with these people," Mr Trump said on Twitter.

"John has therefore decided to stay in Congress."

He said he may name Sue Gordon as acting director of national intelligence. Speaking to reporters, he said he likes Ms Gordon, who is currently the agency's No 2 official.

Mr Trump also said he is considering a list of three people to lead the agency on a permanent basis and may make an announcement about his choice on Monday.

Senate Intelligence Committee chairman Richard Burr said he was "heartened" that the Office of the Director of National Intelligence "has an experienced and capable leadership team" during the transition at the top position. Mr Burr added that "there is no substitute for having a Senate-confirmed director in place" leading the agency.

Democratic lawmakers and some former senior US intelligence officers have said Mr Ratcliffe, 53, lacked the expertise and experience to replace Daniel Coats as director of national security and some have voiced concerns that he would warp US intelligence to support the president's views. 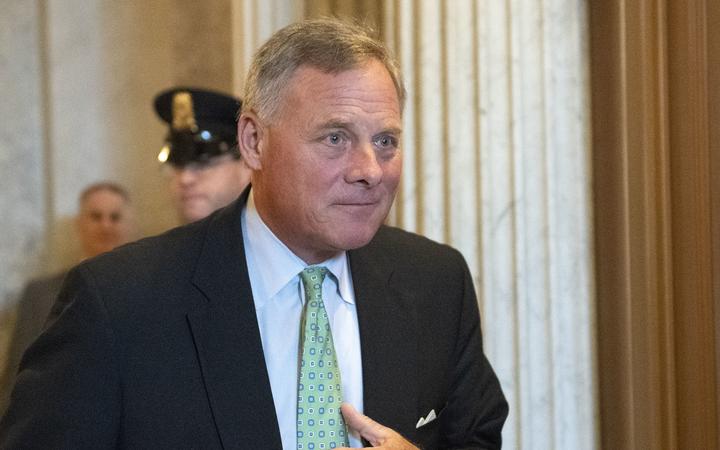 A Trump loyalist who has served for six months on the House of Representatives' Intelligence Committee, Mr Ratcliffe gained attention last week by criticising former Special Counsel Robert Mueller during a hearing on Mr Mueller's investigation into Russian interference in the 2016 US election.

Although Mr Ratcliffe had touted his counter-terrorism experience while in the US Attorney's Office for the Eastern District of Texas, media outlets including Reuters have reported on concerns that he may have exaggerated his achievements as a prosecutor.

Mr Ratcliffe confirmed he had withdrawn from consideration. He said he thought the confirmation process would become a partisan battle between Mr Trump's Republicans and opposition Democrats.

"I do not wish for a national security and intelligence debate surrounding my confirmation, however untrue, to become a purely political and partisan issue," Mr Ratcliffe said.

"The country we all love deserves that it be treated as an American issue."