President Donald Trump says he will nominate Representative John Ratcliffe, a Texas Republican who strongly defended him at a recent congressional hearing, to replace Dan Coats as the United States spy chief. 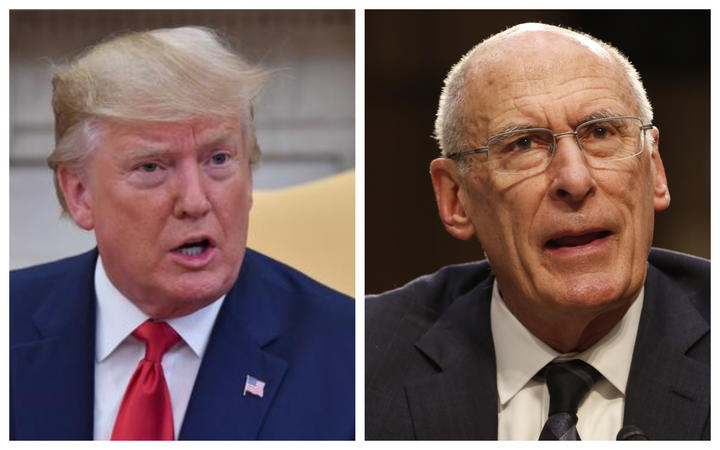 Donald Trump, left, and Dan Coats who has disagreed with the US President over several issues. Photo: AFP

Mr Coats, the current United States director of national intelligence who has clashed with Mr Trump over assessments involving Russia, Iran and North Korea, will step down on 15 August, the president said as he announced his decision on Twitter.

"A former US Attorney, John will lead and inspire greatness for the Country he loves," Mr Trump said, thanking Mr Coats "for his great service to our Country" and saying that an acting director will be named shortly.

The post of director of national intelligence, created after the 11 September, 2001 attacks on the United States, oversees the 17 US civilian and military intelligence agencies, including the Central Intelligence Agency.

Mr Ratcliffe, a member of the House of Representatives intelligence and judiciary committees, defended Mr Trump during former Special Counsel Robert Mueller's testimony last Wednesday about his two-year investigation of Russian interference in the 2016 presidential election and possible obstruction of justice.

Mr Ratcliffe also accused Mr Mueller of exceeding his authority in the report's extensive discussion of potential obstruction of justice by Mr Trump after the special counsel decided not to draw a conclusion on whether Mr Trump committed a crime.

The congressman agreed that Mr Trump was not above the law, but said the president should not be "below the law" either. 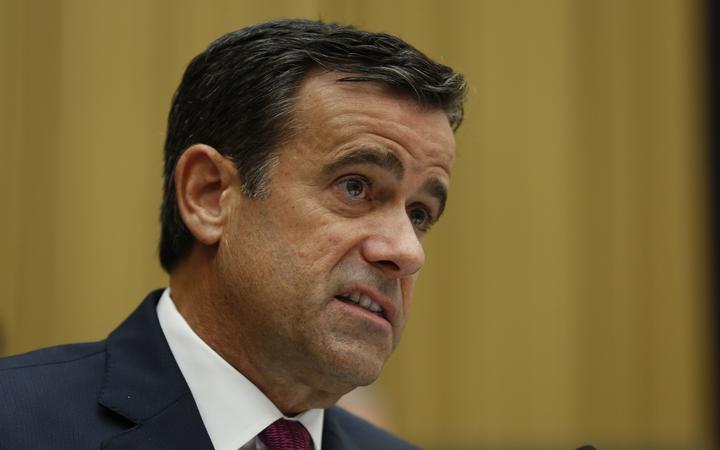 John Ratcliffe during his questioning of former Special Counsel Robert Mueller about his probe into Russian interference in the 2016 presidential election. Photo: AFP

Mr Ratcliffe is a former US attorney and mayor of Heath, Texas, a Dallas suburb. He also worked at a law firm run by former attorney general John Ashcroft, a Missouri conservative.

Mr Ratcliffe joined Congress in 2015 after defeating a longtime incumbent and some Republican Party leaders had pushed for him to be named US attorney general last year after Mr Trump ousted Jeff Sessions from that role.

The congressman helped lead a congressional investigation into 2016 Democratic presidential nominee Hillary Clinton's use of private email servers and former FBI director James Comey's decision not to recommend criminal charges against her.

Sources familiar with the recent history of congressional oversight of the intelligence community said they were not familiar with any particular accomplishments or history that would qualify Mr Ratcliffe for the director of national intelligence position.

Mr Coats will join a long list of senior officials to leave the administration since Mr Trump took office in January 2017, either through resignation or firing. The list includes a defence secretary, attorney general, two national security advisers, a secretary of state, an FBI director, numerous top White House officials and assorted other Cabinet members.

His departure will mark the second time Mr Trump has parted ways with a former Republican senator named to his Cabinet, after his November 2018 firing of Mr Sessions, who the president faulted for recusing himself from overseeing the federal investigation into Russia's role in the 2016 election.

Mr Coats, who has served as director of national intelligence since March 2017, clashed with his boss early on, taking a hard line toward Russia that sharply contrasted with the conciliatory approach Mr Trump pursued toward Russian President Vladimir Putin.

In January, Mr Coats told Congress North Korea was unlikely to give up its nuclear weapons, contradicting a statement by Mr Trump that Pyongyang no longer posed a threat.

Mr Coats also told lawmakers that Iran had continued to comply with a 2015 nuclear deal with major powers that Mr Trump abandoned in May 2018. 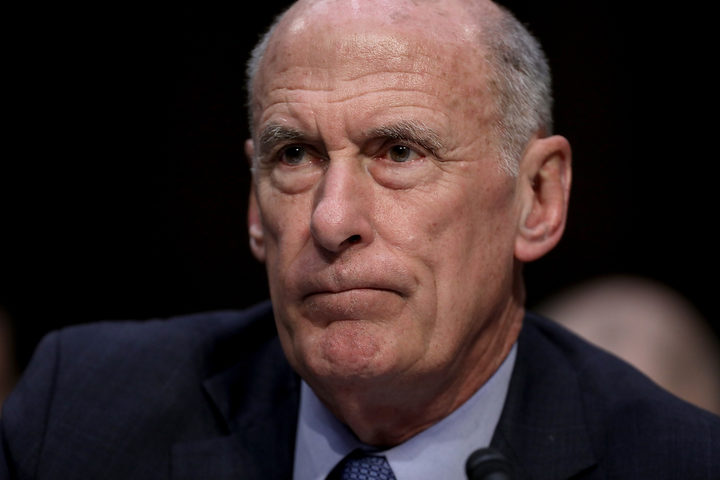 Dan Coats has disagreed with the US President over Russia, North Korea and Iran. Photo: AFP

The next day, Mr Trump complained on Twitter about "passive and naive" US intelligence leaders, suggesting they "go back to school!"

In July 2018, Mr Coats publicly admitted he did not know what happened during one-on-one talks in Helsinki between Mr Trump and Mr Putin that raised concern among many US lawmakers.

The White House faced an uproar over several issues from the summit including Mr Trump's failure to confront Mr Putin over American intelligence agencies' findings that Russia meddled in the 2016 US election and Mr Putin's proposal that Russian authorities be allowed to question US citizens.

At a post-summit news conference with Mr Putin, Mr Trump responded to a question about Russian meddling in the U.S. election by casting doubt on the findings of his own intelligence agencies and denouncing the "stupidity" of US policies.

In an unusual step, Mr Coats responded by releasing a statement firmly supporting US assessments that Russia was involved in "ongoing, pervasive efforts to undermine our democracy".