At least 65 people have lost their lives after suspected Boko Haram militants opened fire on a funeral in Nigeria's north-eastern state of Borno. 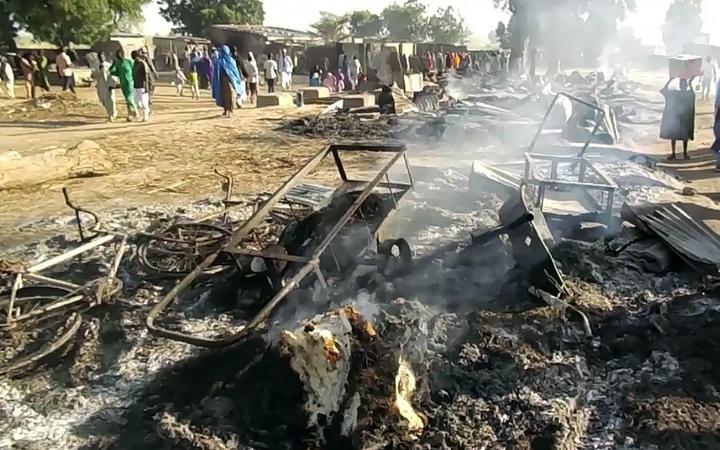 Smouldering ashes and charred items can be seen in Budu near Maiduguri after the latest attack, alleged to have been carried out by Boko Haram fighters. Photo: AFP

Gunmen on motorcycles and in vans opened fire on mourners in a village near the state capital, Maiduguri, on Saturday, eyewitnesses say.

A number of mourners were reportedly killed straight away, while others died trying to chase off the attackers. 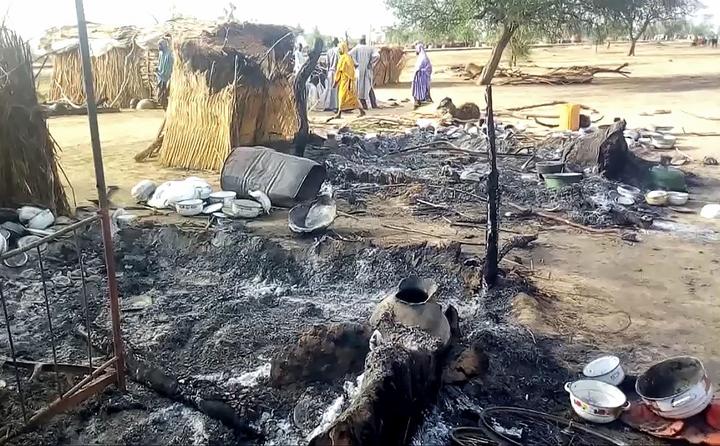 The scene of the attack in the village of Budu. Photo: AFP

There has been an increase in attacks by Boko Haram and other Islamist groups in Nigeria and across the region.

Tens of thousands of civilians have been killed and more than two million displaced over the past decade of conflict.

Boko Haram, loosely translated, means "Western education is banned" and promotes a version of Islam that forbids Muslims to take part in any political or social activity associated with the West. The group is fighting to overthrow the government and create and Islamic state.

It has been active not only in Nigeria, but also in the neighbouring countries of Chad, Niger and Cameroon.

Boko Haram has been notorious for kidnapping schoolchildren and attracted global media attention in 2014 following the abduction of almost 300 girls from a school in the town of Chibok, in Borno, the state where the militant group has been most active. 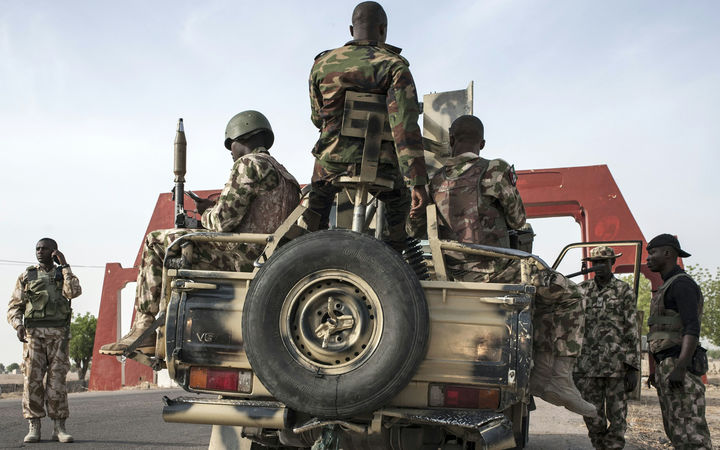 In 2015, it was ranked the world's deadliest terror group by the Institute for Economics and Peace.

Territory controlled by the group has declined in recent years and it has splintered into competing factions.

However, the Islamist militants remain active in the region, defying attempts by the army to bring the insurgency to an end.