In the five months it took Becky to reach Italy from Nigeria, she was jailed, raped at gunpoint, forced into an abortion, nearly drowned at sea and saw several fellow travellers die. 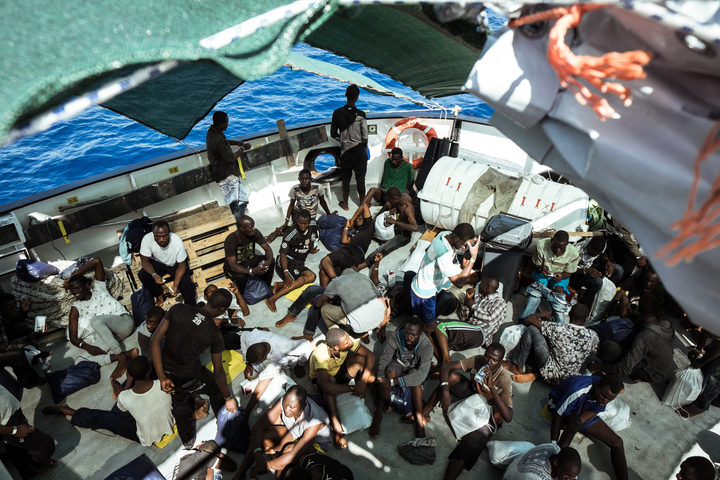 Migrants, many from Nigeria, on the Aquarius on 11 September 2016, when 252 migrants from two rubber boats in distress were rescued. The ship rescued more than 6000 people between February and October that year. Photo: AFP / Marco Panzetti / NurPhoto

The 15-year-old survived her trials by clutching onto her vision of studying in Italy, so it felt like "a dream come true" when she finally got off a rescue ship in Sicily.

Like thousands of young Nigerian women lured to Italy by the prospect of education and work - a beautiful, new life - Becky soon learnt her fate would be different.

A fresh ordeal was thrust upon her; she was forced to become a sex worker - one of the thousands of Nigerian women drawn to Europe for a better life only to be snared in prostitution.

"We leave the house in the night. We stand in the middle of the road whether it's raining, [whether] it's cold. If you don't work and go home, madam's going to beat you," said Becky, who did not give her surname for fear of reprisal.

"Madam" is the Nigerian woman who promised schooling and whose mother Becky worked for back home. Her arms still bear scars from the beatings she got for refusing to sell sex.

Yet she found the courage to flee to a camp for migrants.

"I'm glad I was able to change my situation. Because if not, I would still be on the streets ... (or) probably dead," Becky said, four years after she fled.

Becky is now rebuilding her life in northern Italy, where she works and attends school legally. She's one of the luckier ones.

She was one of the more than 40 million people estimated by the United Nations to be trapped in modern slavery worldwide. About 11,000 women and 3000 lone children from Nigeria arrived by sea in Italy from Libya in 2016 - with four in every five Nigerian women and girls destined for sex trafficking in Europe, according to the UN.

Nobody knows how many victims are freed or escape, but most suffer stigma and trauma, and struggle to access counselling, healthcare, work, study or housing. 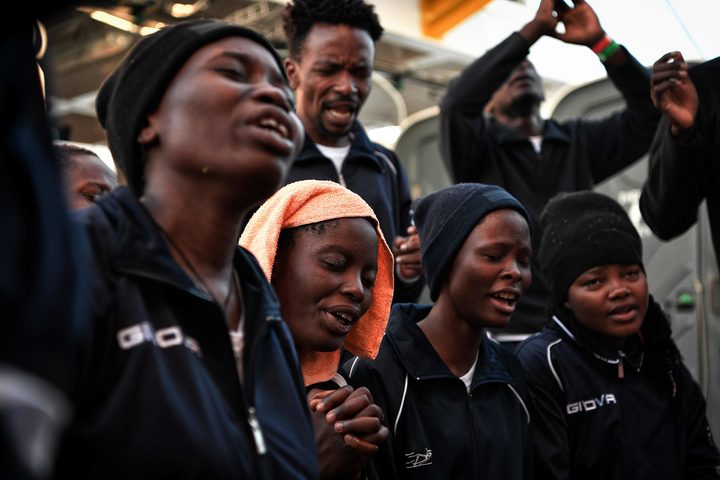 Becky now lives in a flat in a village near Asti with two families, including a single mother who shares her room.

She attends school in the mornings.

In the afternoon, she works at a social enterprise producing ceramics, which she said helped her recover and learn a skill.

Becky's recovering life in Italy follows two years of therapy and support from the regional government and from Piam Onlus, an anti-trafficking group based in the small city of Asti.

Alberto Mossino - who runs Piam Onlus with his wife Princess Inyang Okokon, herself a Nigerian trafficking survivor - said officials and aid workers were left with limited resources in a one-sided struggle against criminal gangs.

Since 1999, Piam has helped nearly 300 women and girls who have been sex trafficked to Italy, including Becky. Mossino said that was just a drop in the ocean.

Key to her rehabilitation was a pioneering law which, activists say, protects trafficking victims rather than criminalising them.

Despite Italy's rising anti-immigrant rhetoric and policies, the 1998 law allows foreigners exposed to violence or serious exploitation to get a six-month, temporary residence permit.

It can be renewed for a year or longer, lead to a residence permit for study or work, and allows access to services, according to Amarilda Lici, a specialist immigration lawyer.

Lici said the permit provides "a path of social inclusion that can change lives."

There are fears, however, that a new law clamping down on asylum seekers' rights may curtail such protections.

"The system will slowly get poorer both in ... the number of people we'll be able to host and projects to implement," said Monica Cerutti, an official with the regional Piedmont Assembly.

"If we don't manage to intercept [victims] straight away, we risk not being able to fight for their conditions," she said. 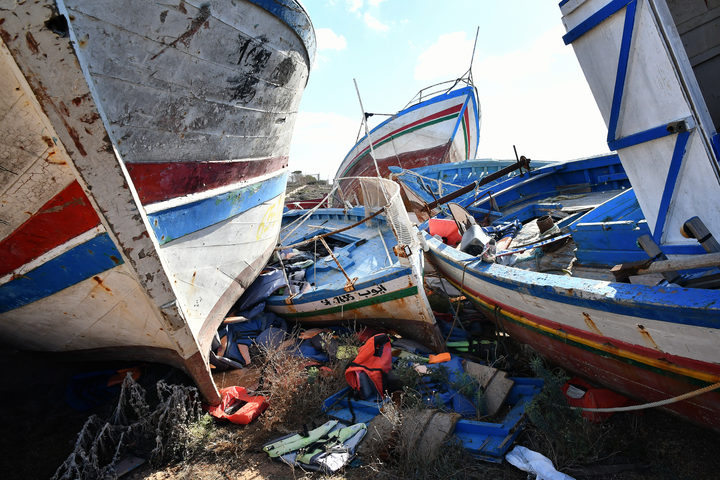 This does not mean an end to the forced sex trade, since traffickers use all possible routes - not just the sea - said Flavio Digiacomo, a spokesman for the IOM in Italy.

Becky, who kept quiet for two years because her madam threatened to kill her, said victims that reached Italy were often too scared to escape.

She said that while in the sex trade she had thought the only way to avoid being killed was to take her own life.

"To go to the kitchen, take a knife, just commit suicide so your madam will not call again."

When she finally spoke to aid workers, Becky was sent to Princess, an older Nigerian woman. Suspicious, she refused to talk at first but changed tack after meeting others in her care.

Becky also started talking to a psychologist, realising her problem was as much festering within as it was happening to her.

"The biggest problem was letting go of my past. It was just so fresh in my head."

Even if overcome their fear, they face stigma at home and shame for no longer being able to provide for their families, said

Princess, who goes only by her first name, said trafficking victims who overcome their fear still faced stigma and shame at home for no longer being able to provide for their family.

She said many were also terrified because they underwent black magic curses binding them to the traffickers in Nigeria, and feared retribution for disobeying.

Mossino said that even once they were free, they faced discrimination in Italy because people associate Nigerian women with prostitution.

Becky, who said she did not undergo black magic, is unfazed.

"Some don't like you because of your skin. Some like you. So sometimes I don't really care myself to worry," she said.

For now, she passes time on the phone, watching talent shows, talking to her mother back home or persuading girls she knows in Italy to leave prostitution.

She has advice for those tempted by the European dream: "It's very exciting when somebody tells you [to] come to Europe. Have you asked somebody in Europe how life is? Try to get some information. That's the mistake so many of us made."