The right-wing interior ministers of Austria and Italy have called on the European Union to hold rescued migrants at sea until their asylum claims are processed. 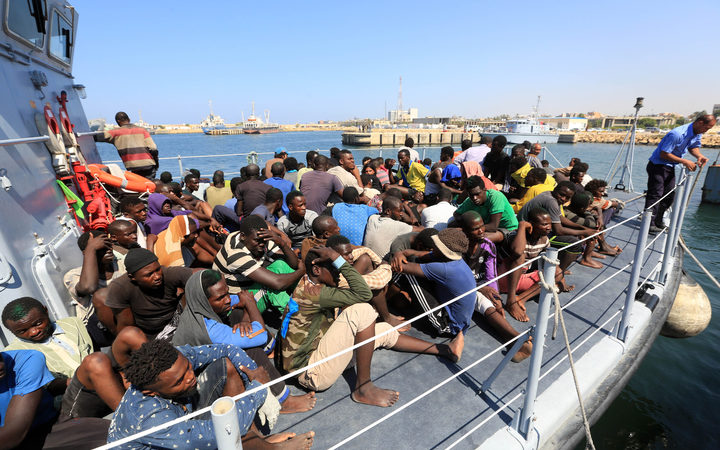 Illegal migrants from Africa on a Libyan coastguard boat at a naval base in Tripoli, after being rescued in the Mediterranean Sea. Photo: AFP

Austria's Herbert Kickl put forward the idea at an EU migration conference in Vienna and his Italian counterpart, Matteo Salvini, supported it.

Hundreds of thousands of migrants try to reach the EU in risky sea crossings.

Mr Kickl said ships would use a "quick way" to clarify who was entitled to asylum, but he did not give details.

Mr Salvini is under investigation in Italy for refusing to let rescued migrants disembark in Italy last month.

Prosecutors in Sicily have opened an inquiry into possible illegal confinement, illegal arrest and abuse of power.

Outlining his plan at a joint news conference with Mr Salvini this week, Mr Kickl said that after "appropriate checks" on board ship, those migrants entitled to asylum could be brought to the EU. The rest would be taken to "safe ports" in third countries.

"You are well looked after on a ship," Mr Kickl said, adding that the system would help solve the "problem of repatriation".

"Once people have set foot on the continent, you can only remove them with great difficulty and much expense."

Mr Kickl said EU asylum policy should aim to make it "impossible to claim asylum except from outside the EU, and that claims be decided outside the EU".

Mr Salvini said he was absolutely in favour of the plan. Italy is one of the main entry points for migrants making the dangerous journey across the Mediterranean with the hope of a new life in the EU. 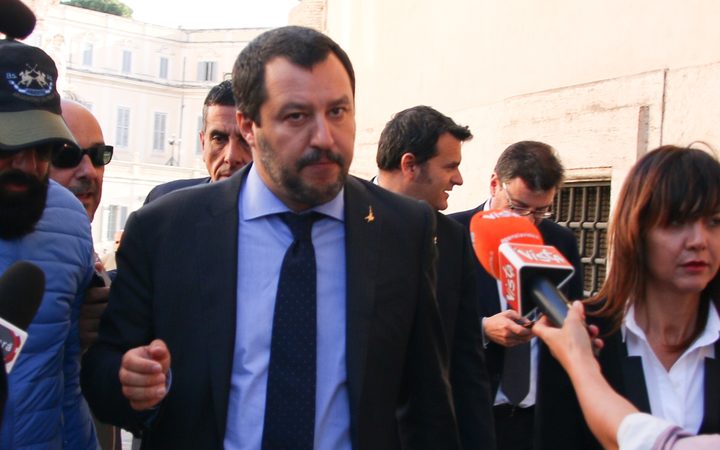 However, the Austrian office of the medical charity Medecins Sans Frontieres condemned the idea.

"This proposal is simply another attempt to distract attention from the real issue, namely the inability of Europe and of Austria's EU presidency to find a sustainable solution to the humanitarian crisis in the central Mediterranean and Libya," the group said in a statement.

It urged EU leaders to "put the protection of human life at the centre of their efforts".

Since 2014, more than 640,000 migrants have landed on Italy's shores. Although many have since left for other countries, some remain.

The United Nations says more than 1600 people lost their lives trying to cross into Europe in 2018, despite overall numbers being down.

In July, 450 migrants were allowed to disembark in Sicily once France, Germany, Malta, Portugal and Spain had agreed to take 50 migrants each.