The US central bank has cut interest rates for the first time since 2008 but has not won over President Donald Trump. 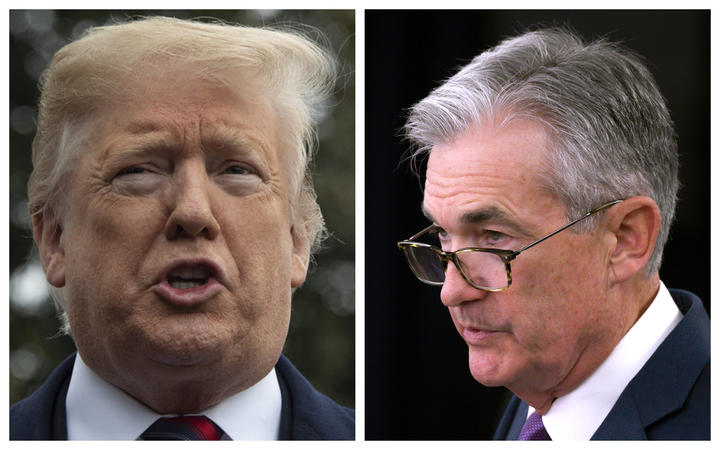 Mr Trump, who had demanded a big rate cut, was unimpressed with the the Federal Reserve's 0.25 percentage point cut that took the federal funds target range to 2-2.25 percent.

In a tweet, the president scorned Fed chair Jerome Powell, saying: "As usual, Powell let us down."

The main stock market indexes on Wall Street all closed more than 1 percent lower. Analysts cited uncertainty over how many rate cuts the market should expect.

"What the market wanted to hear from Jay Powell and the Federal Reserve was that this was the beginning of a lengthy and aggressive rate-cutting cycle which would keep pace with China," tweeted Mr Trump.

At a news conference following the announcement, Mr Powell said the rate cut had been "well telegraphed", but he was not committing to "just one" cut. 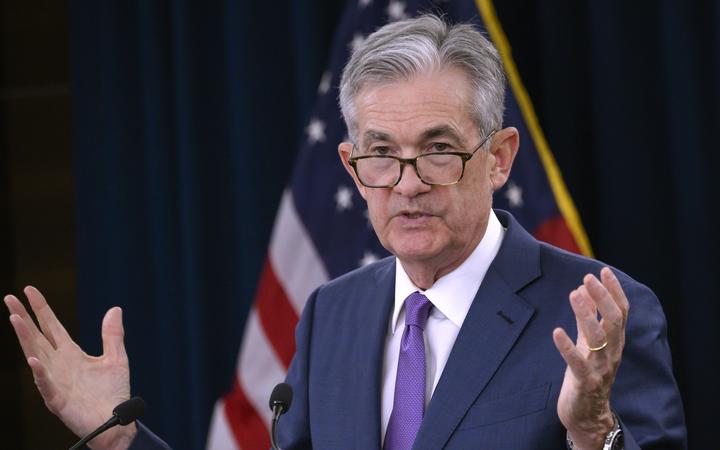 Fed chair Jerome Powell explains the thinking behind the interest rates cut at a press conference in Washington. Photo: AFP

Cutting rates makes borrowing money cheaper for businesses and consumers alike. But support for the measure was not unanimous.

The cut was opposed by two members of the Fed's Open Markets Committee, the body responsible for setting rates. There were eight votes in favour, including Mr Powell and vice-chair John Williams.

Mr Powell said the US economy had grown "at a healthy pace" over the first six months of the year.

However, there had been "both positive and negative developments".

"Manufacturing output has declined for two consecutive quarters," he said.

He said it was not the Fed's job to criticise US trade policy, which has been dominated by a trade battle with China as the two nations have imposed tit-for-tat tariff increases on each other's products.

He added that trade policy tensions had "nearly boiled over" during May and June, "but now they appear to have returned to a simmer".

Mr Powell denied that the Fed was giving in to pressure from President Trump for a rate cut, saying that there was "no place" in the central bank's discussions for political concerns.

Low inflation another reason for cut

The Fed statement said the labour market remained strong and economic activity had been rising at a moderate rate.

"Job gains have been solid, on average, in recent months, and the unemployment rate has remained low," it added.

"Although growth of household spending has picked up from earlier in the year, growth of business fixed investment has been soft.

"On a 12-month basis, overall inflation and inflation for items other than food and energy are running below 2 percent."

Inflation is lower than US policymakers would like, which was one of the reasons for the rate cut.

At present, the US economy is creating plenty of jobs. Unemployment hit a 49-year low in May and was at 3.7 percent last month.

But many of those jobs are in the service sector and are low-paying with low hours, economists say.