Israel has approved the construction of 6,000 new homes for Jewish settlers and 700 homes for Palestinians in the occupied West Bank. 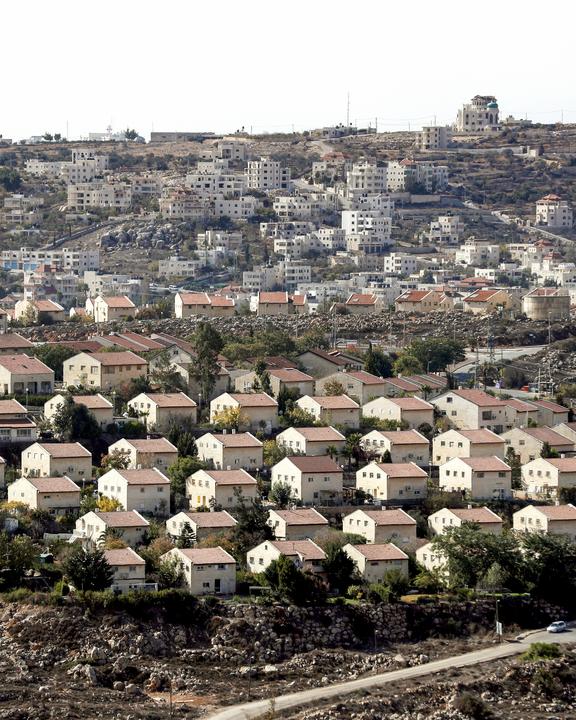 Houses in the settlement of Ofra in the Israeli-occupied West Bank, established in the vicinity of the Palestinian village of Baytin (background). Photo: AFP

The decision about new homes in settlements further extends the Israeli presence in the West Bank.

But it is Israel's approval for Palestinian homes that is unusual.

Israeli settlements in the West Bank are seen as illegal under international law, although Israel disputes this.

It is not clear whether the Palestinian homes would be new constructions or merely legal approval for 700 already existing homes in what is known as "Area C" of the West Bank - where Palestinian villages often lie close to Israeli settlements, and where Israel has full control of the territory.

It said it was "evidence of the dark colonial mentality of the rules in Israel and which ignores all United Nations resolutions, international law and the signed agreements".

The move comes ahead of a visit to the region by US President Donald Trump's son-in-law Jared Kushner, who heads the White House's faltering attempts to broker a peace deal.

There is speculation in Israeli media that the announcement on homes is designed to help him bring Arab countries to a possible summit in the US.

The Trump administration has carried out a series of actions that have inflamed Palestinian opinion and generally pleased Israel.

In 2017 Mr Trump announced that the US recognised Jerusalem as Israel's capital, overturning decades of official US policy.

Last year the US stopped contributing to the UN Relief and Works Agency (Unrwa), which has been supporting Palestinian refugees since 1949.

Why are settlements such an issue?

Israel has settled about 400,000 Jews in West Bank settlements, with another 200,000 living in East Jerusalem. There are about 2.5 million Palestinians living in the West Bank.

Palestinians want to establish a state in the occupied West Bank, East Jerusalem and the Gaza Strip.

What happens to the settlements is one of the most contentious issues between Israel and the Palestinians - Palestinians say the presence of settlements makes a future independent state impossible.

Israel says the Palestinians are using the issue of settlements as a pretext to avoid direct peace talks. It says settlements are not a genuine obstacle to peace and are negotiable.

Peace negotiations between Israel and the Palestinians have been at a standstill since 2014, when a US-brokered attempt to reach a deal collapsed.