China has had its weakest growth in 27 years as demand at home and abroad faltered and the United States ratcheted up trade pressure. 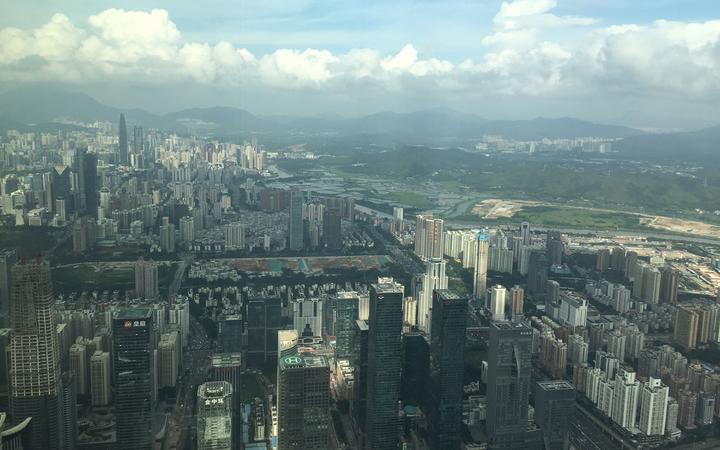 An aerial of Shenzhen, southern China this week. China is grappling with a slowdown that has seen output growth slide to the weakest pace in almost three decades this year. Photo: AFP

China's gross domestic product (GDP) slowed to 6.2 percent in the second quarter from a year earlier, its weakest in at least 27 years, but stronger-than-expected gains in June factory output and retail sales offered some signs of stabilisation.

China's trading partners and financial markets are closely watching the health of the world's second-largest economy as the Sino-US trade war gets longer and costlier, fuelling worries of a global recession.

Monday's growth data marked a further loss of momentum for the economy from the first quarter's 6.4 percent, amid expectations that Beijing needs to announce more measures to boost consumption and investment and restore business confidence.

The 6.2 percent GDP rise for April to June matched analysts' expectations, and was the slowest pace since the first quarter of 1992 - the earliest quarterly data on record.

Beijing has leaned largely on fiscal stimulus to underpin growth this year, announcing massive tax cuts worth nearly 2 trillion yuan ($US291 billion) and a quota of 2.15 trillion yuan for special bond issuance by local governments aimed at boosting infrastructure construction.

The economy has been slow to respond, however, and business sentiment remains cautious.

Premier Li Keqiang said this month that China will make timely use of cuts in banks' reserve requirement ratios (RRR) and other financing tools to support smaller firms, while repeating a vow not to use "flood-like" stimulus.

After weak readings in May, the data for industrial production, retail sales and fixed-asset investment on Monday all beat analysts' forecasts, suggesting that Beijing's efforts may be starting to have an effect.

Industrial output climbed 6.3 percent from a year earlier, data from the National Bureau of Statistics showed, picking up from May's 17-year low and surpassing a forecast for 5.2 percent growth.

Fixed-asset investment for the first half of the year rose 5.8 percent from a year earlier, compared with a 5.5 percent increase forecast by analysts and 5.6 percent in the first five months of the year.

Retail sales for June rose 9.8 percent, eclipsing expectations for a slight pullback to 8.3 percent. Sales of automobiles surged 17.2 percent in the month, accelerating from a 2.1 percent gain in May.

Still, the economy remains in a complex situation, with external uncertainties on the rise, the statistics bureau said in its statement.