The Dutch supreme court has upheld a ruling that the state was partially responsible for 350 deaths in Bosnia's Srebrenica massacre. 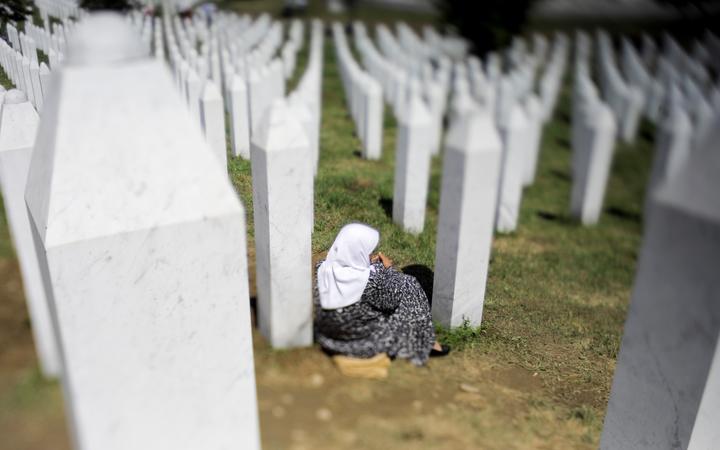 The Srebrenica Potocari Memorial on the 24th anniversary this year of the Srebrenica Genocide in 1995. Photo: Anadolu Agency/ AFP

The court said the state had 10 percent liability, as this was the probability that its soldiers could have prevented the killings.

Bosnian Serb forces killed 8000 Muslim men in the town of Srebrenica in 1995.

The Dutch had been guarding a UN safe zone when it was overrun.

It is rare for a state to be held responsible for failures in UN peacekeeping work, but the court emphasised that the Netherlands bore "very limited liability". 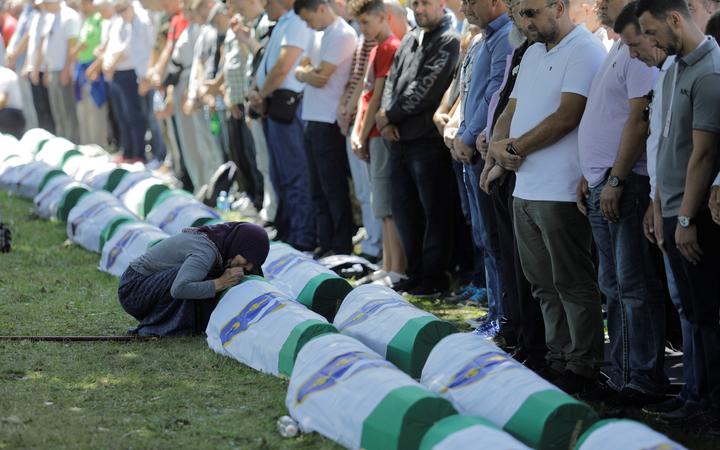 The recently identified remains of 33 victims of the Srebrenica Genocide were buried on 11 July. Photo: AFP/ Anadolu Agency

In 2002, a report into the Netherlands' role in Srebrenica caused the entire Dutch government to resign.

The Dutch defence ministry said the government had accepted the Supreme Court's verdict yesterday, including liability for any damages.

The court ruled that if Dutch forces had given 350 men hiding in the UN compound the chance to stay, there was a 10 percent chance they would not have fallen into the hands of the Serbs, so the Dutch state should be liable for only that proportion of the damages suffered by the bereaved.

The ruling did not give details on how it calculated the 10 percent chance of survival.

The final verdict draws a line under years of legal battles between the Dutch state and the plaintiffs - a group of victims' relatives known as the Mothers of Srebrenica.

The case was escalated to the highest court because the state wanted to be cleared of responsibility, while the Mothers of Srebrenica wanted it to be held accountable for all 8000 deaths in the genocide.

An appeals court had previously set the liability at 30 percent, but the supreme court's ruling has drastically reduced that figure.

Former members of the Dutch forces (known as Dutchbat) attending the hearing expressed their disappointment over the ruling.

Veteran Remko de Bruijne told the BBC it would bring little comfort to relatives of those who died, and called it "a disgrace".

During the Bosnian War from 1992 to 1995, the Serb army was engaged in an ethnic-cleansing operation.

Thousands of Muslims sought safety in Srebrenica, which the UN was protecting with Dutch forces, but the area fell in July 1995 during a Serb offensive led by General Ratko Mladic.

When the Serb army moved in to Srebrenica, approximately 20,000 Muslims - mostly women, children and the infirm - sought refuge in the Dutch compound in nearby Potocari. 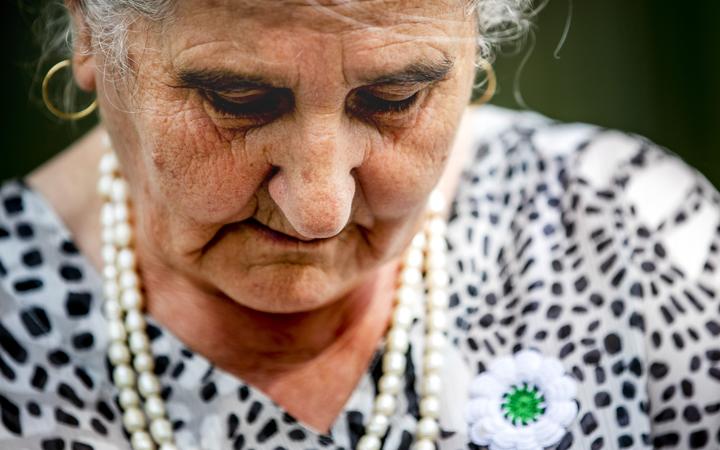 A member of a group for victims' relatives, The Mothers of Srebrenica, at the Dutch supreme court yesterday. Photo: Remko de Waal / ANP / AFP

As the violence escalated, the Dutch surrendered and later agreed to help the Serbs load Muslim refugees on to buses.

They were inside the compound, but according to the ruling, the Serbs were not aware of them at the time.

The court said the Dutch force had "failed to offer these 350 male refugees the choice to stay where they were, even though that would have been possible".

They were eventually among those made to leave the base. The court said "this failure on Dutchbat's part denied these male refugees the chance to stay out of the hands of the Bosnian Serbs".

It said the chance that they would have survived if they had stayed "was small but not negligible".

The ruling confirms that surviving relatives of the 350 men may claim compensation from the Dutch state.

The Mothers of Srebrenica had originally sought acknowledgement and compensation from the UN as well, but the organisation was ruled to be immune from prosecution.