Former Bosnian Serb commander Ratko Mladic has been jailed for life for genocide and other atrocities in the 1990s Bosnian war. 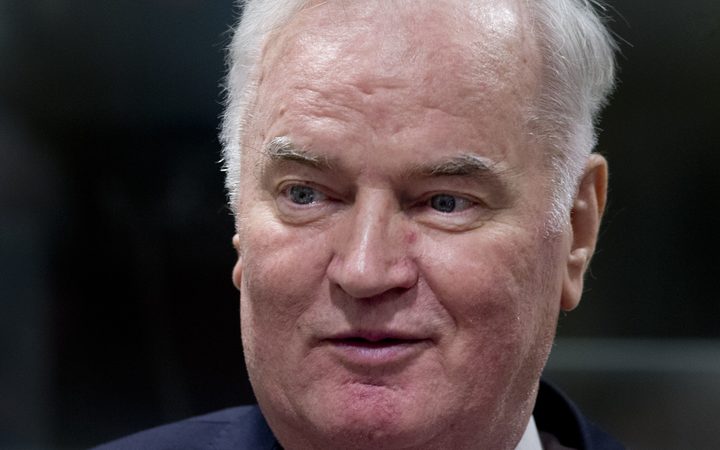 Known as the 'Butcher of Bosnia', Mladic led forces during the massacre of Bosnian Muslims (Bosniaks) in Srebrenica and the siege of Sarajevo.

The UN tribunal in The Hague convicted him on 10 of the 11 charges.

Mladic, 74, was not in court when the sentence was read out. He had been removed for shouting at the judges.

They had rejected a request by his team to halt proceedings because of Mladic's high blood pressure. At the start of the session, he appeared relaxed, smiling and gesturing to the cameras.

Mladic has denied all the charges and his lawyer said he would appeal.

What were the crimes? 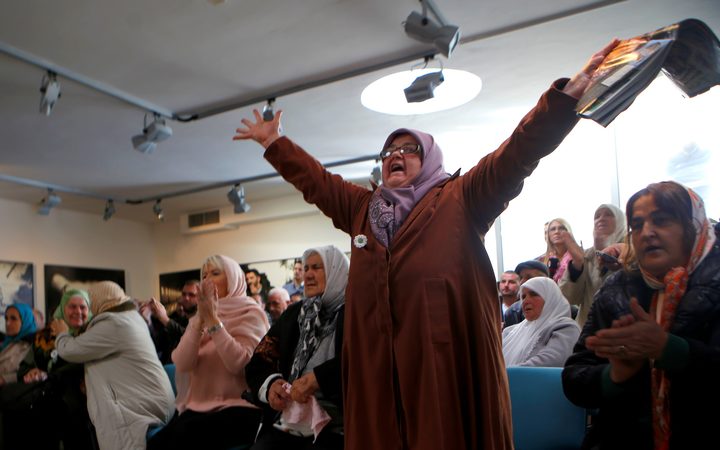 Relatives of Srebrenica victims of crimes, committed during the 1992-1995 Bosnian War, celebrate as they hear the final verdict. Photo: AFP

Mladic was the military commander of Bosnian Serb forces against Bosnian Croat and Bosniak armies. He had been on trial at the International Criminal Tribunal for the former Yugoslavia (ICTY) since 2012.

It found that Mladic "significantly contributed" to the genocide in Srebrenica in 1995, where more than 7000 Bosniak men and boys were murdered, the worst atrocity in Europe since World War II.

He was cleared of a second count of genocide in other municipalities. The other charges included war crimes and crimes against humanity.

Presiding judge Alphons Orie read out many crimes committed by troops under Mladic's command, including:

At the end of the war in 1995 Mladic went into hiding and lived in obscurity in Serbia, protected by family and elements of the security forces.

He was finally tracked down and arrested at a cousin's house in rural northern Serbia in 2011 after 16 years on the run.

Victims and their relatives watched the verdict in a memorial centre near Srebrenica, and erupted in cheers as it was read out.

The group Mothers of Srebrenica said it was partially satisfied, and some relatives said Mladic deserved a harsher sentence.

UN human rights chief Zeid Ra'ad al-Hussein called Mladic the "epitome of evil" and said his prosecution was "the epitome of what international justice is all about".

Rights group Amnesty International said the sentence was a "landmark moment for justice".

In early July 1995, Bosnian Serb forces besieged an area near the town of Srebrenica. It had been designated a United Nations "safe zone" and was being guarded by 600 lightly-armed Dutch UN soldiers.

The Serbs attacked from the south, prompting thousands of Bosniak civilians and fighters to flee north to Srebrenica. As the Serb advance continued, refugees fled north to the main Dutch base in Potocari.

Mladic summoned the Dutch commander, Col Thom Karremans, and demanded that the Bosniaks disarm to save their lives.

On 12 July, some 15,000 Bosniak men of military age broke out of the enclave. They were shelled as they fled through the mountains. Some were also killed after surrendering.

Buses then deported an estimated 23,000 women and children to Bosniak territory, while the Serbs separated out all males from age 12 to 77 for "interrogation for suspected war crimes".

On 13 July the first killings of unarmed Bosniaks took place in a warehouse in the nearby village of Kravica.

Over four days, up to 8000 Bosniak men and boys were murdered by Bosnian Serbs at sites around Srebrenica.

What was the siege of Sarajevo?

Civilians in the Bosnian capital endured a brutal siege in 1992-1995 at the hands of Bosnian Serb forces, who fired down into the city from the surrounding hills. The death toll was more than 10,000.

It was part of what prosecutors call a Serb "criminal enterprise" to spread terror among Bosniaks and Croats, and to drive them from areas claimed as Serb territory.