A Muslim leader wants police to get special training in how to respond to hate crime or abuse of religious or ethnic minorities.

Police response to several incidents of far-right intimidation since the 15 March mosque attacks has been uneven.

Police only belatedly tracked down and charged a man abusing Muslims outside Al Noor Mosque in Christchurch in April: They moved on but did not charge a man wearing a swastika outside a mosque in Palmerston North in late March; they interviewed a man who gave out abusive leaflets in Palmerston North and said he was no threat; and they are investigating white supremacist leaflets circulated in Tauranga last week. 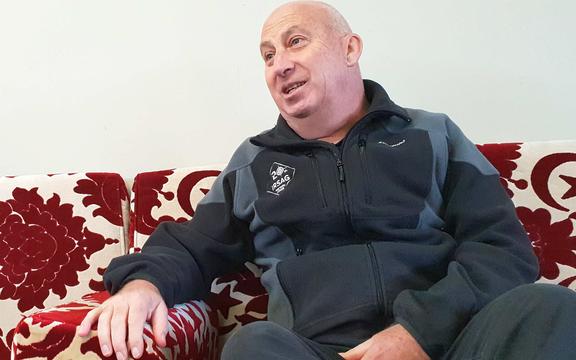 "I would say it would definitely be worth including that in their training," Mr Smith said.

"Any training regimes that are out there may very well be adjusted now so they deal with these situations. Not just assaults, not just burglaries, but also these sort of events as well."

Mr Smith, a former army major in many hotspots including Bosnia, said his military training recreated real-life scenarios such as riots, and was invaluable.

Clamping down on the likes of far-right abuse was simply a matter of intervening and determining what a person's motives were, he said.

Mr Smith is now in charge of improving security at more than 60 mosques nationwide, such as introducing swipe-cards for doors.

Police did not respond to whether they did do such training already or would consider it, when asked by RNZ.

However in a statement, Deputy Commissioner Wallace Haumaha said police were engaged in ongoing conversations with community leaders and representatives, including about "how police record and respond to allegations of hate crime and crimes of prejudice".

There was also a national forum of "key" ethnic leaders who advised the commissioner on central issues, he said.

Police had set up a national Muslim reference group since 15 March "to ensure the safety and security of mosques," and Mr Haumaha added that this built on years of work by the Māori Pacific and Ethnic Services group in building close relationships with ethnic communities.

"We want to encourage all members of our communities to be alert to, and report, all instances of hate crime."

The Security Intelligence Service (SIS) confirmed to RNZ that it had received two letters from Islamic or Jewish groups or community leaders since the March attacks, but refused to release these on national security and privacy grounds.

The SIS also refused to release any correspondence from any groups about the threat of physical attack by any other group in New Zealand, raised with it since 2016, on the grounds this would take too much effort to collate.