Tourists are trespassing, camping illegally and dumping rubbish in an "influx of waste" as they flock to Uluru to climb the rock before it is permanently closed on 26 October. 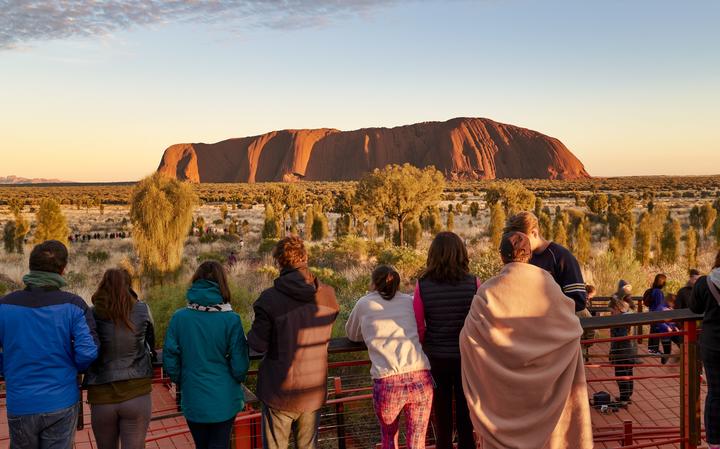 Tourists enjoying the sunrise at Uluru, however, locals say they have never seen so many visitors and they are putting huge pressure on facilities at the world heritage site. Photo: AFP

The Anangu traditional owners have repeatedly expressed a desire for people to show respect to the rock's cultural value by not climbing it.

Three months ahead of the closure, Uluru-Kata Tjuta National Park's overflowing campground, nearby roadhouses, and the resort at Yulara are at capacity, reportedly forcing tourists to camp illegally on the side of the road.

He said pastoralists in the area were reporting high levels of trespass.

"[Tourists] think they're doing a good thing by free camping along the way; what they are actually doing is trespassing on pastoralist and joint-managed and protected land, and a lot of people don't seem to be getting that message," Mr Schwer said.

"There are designated 24-hour camping spots along that road. They can camp there for 24 hours, but they can't just peel off the road."

Mr Schwer said illegal camping was putting the environment at risk, as tourists were not accessing appropriate facilities and instead dumping their rubbish in inappropriate places.

"When there is the kind of influx of drive travel as we are seeing at the moment, there is an influx of waste," he said.

'Copped no end of abuse'

Visitor numbers at the Curtin Springs station and roadhouse, 100 kilometres from Uluru, are up 20 per cent from last year, according to station owner Lindy Severin.

"It's pretty hectic … they would like their children to have the opportunity to climb Uluru, and that's why they're up here," she said.

She said she had seen people camping illegally, leaving rubbish behind, lighting fires, and even evacuating their caravan's black waste on her property.

"There are a limited areas to dispose of black waste in Central Australia - it's either Alice or Ayers Rock near here - and we've got visitors who don't want to stand in queues to dump waste," Ms Severin said.

"If they are dumping it on the station, then that has the potential to breach organic standards. It's also disgusting.

"There's just rubbish everywhere, used toilet paper… we are happy for people to leave rubbish bags [at the roadhouse] - don't just leave human waste and rubbish on the side of the road." 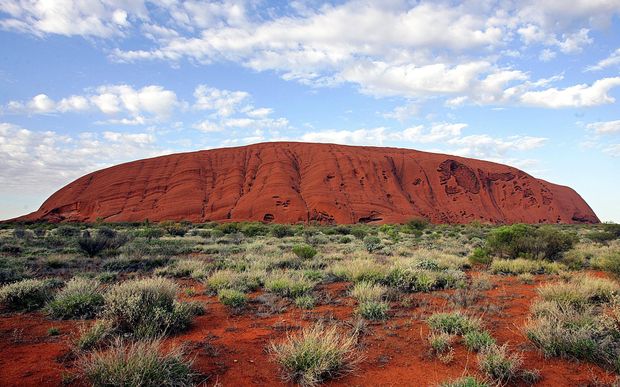 The Anangu traditional owners have repeatedly expressed a desire for people to show respect to the rock's cultural value by not climbing it. Photo: AFP

Ms Severin said people were regularly camping along the road corridor, following tracks off the highway, or bush-bashing - all on private property.

The decision to ban people climbing Uluru comes after a long history of behaviour that has offended the traditional owners of the sacred site.

She has put up laminated signs on her station and taken it upon herself to move people along.

"It creates a whole range of risks," she said.

"If you've driven your vehicle off-road here, I can almost guarantee you've done that elsewhere, which exposes our station to weed contamination.

"Most people have been OK [but] I've copped no end of abuse from others."

Ms Severin said the situation had been "a real catch-22".

"I don't want to be copping a mouthful of abuse, and we don't want people's holidays to be disjointed, but we also don't want this behaviour on our property," she said.

Marriage celebrant Meredith Campbell told the ABC she had been coming to Uluru for years as a part of her job, and had never seen it like this.

She described overflowing bins, high volumes of traffic, and long lines for concessions.

"It's taken days to relieve the stress, there are so many stressed people down there," she said.