Australia's government will hold a referendum on constitutional recognition and rights for the country's Aboriginal and Torres Strait people. 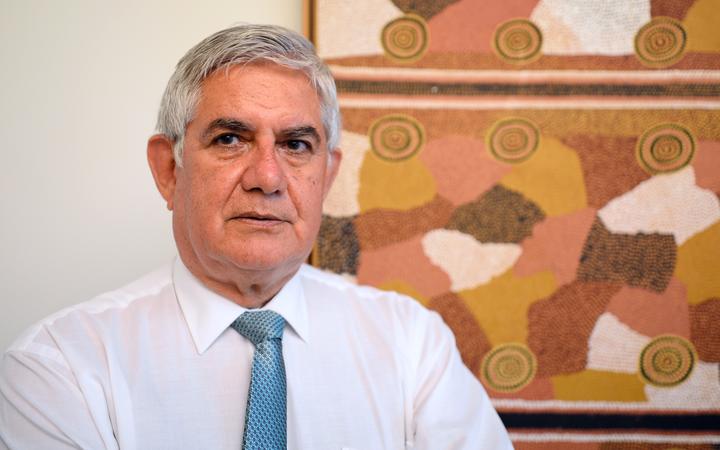 The government said it was committed to holding a national referendum within three years. Such a vote is a requirement for changing the constitution.

Only eight of 44 referendums have succeeded since Australia's federation.

Minister for Indigenous Australians Ken Wyatt said the government would work with the Labor opposition to find a "consensus option" with the best chance of success.

"We need consensus, but we need the right set of words," Mr Wyatt told the Australian Broadcasting Corporation.

Mr Wyatt has proposed reframing the recommendation of a key summit of indigenous leaders that was controversially rejected by the government in 2017.

In 2017, more than 250 indigenous leaders came together at Uluru for a historic summit on recognition. It called for a constitutionally enshrined advisory body - or voice - to parliament, and a pathway to a future treaty.

Significantly, the leaders raised concerns that constitutional recognition alone could result in a "gesture" with no real-world benefits.

The government drew much criticism by rejecting the proposal for a voice at the time. It argued the body would "inevitably become seen as a third chamber of parliament".

Mr Wyatt, the first Aboriginal Australian ever appointed to cabinet, hoped to achieve bipartisan support on a referendum proposal, and the opposition Labor party has said it will support the bid.

The government has allocated $AU7 million ($NZ7.3m) towards it.

The minister said he planned to reframe the Uluru proposal for a singular voice into one which engages "existing indigenous organisations and advisory structures".

"The development of a local, regional and national voice will be achieved," he said.

He added that constitutional wording would need to be carefully considered, as it would have legal applications.

"The patience of the First Nations' people is totally exhausted in many ways.

"Another three years can be avoided by us standing together as a nation, for politicians to put their faith in the public and embark on the cross-party affiliations to make this happen."

Allan Murray, a spokesperson for Sydney's Redfern Aboriginal Corporation, said some Australians would oppose constitutionally recognising Aboriginal people, but he remained optimistic that change would happen over time.

"As Australia gets bigger and more [migrants] come from overseas, the diversity of the population will eventually determine where we want to go in the future," he told the BBC.

Indigenous people were living in Australia for more than 65,000 years before British colonisation in 1788, according to recent estimates.

About 3.3 percent of Australians identify as indigenous today, and many have called for more sincere efforts to address recognition, rights, and disproportionate levels of disadvantage.

Voting is compulsory in Australia, meaning anyone aged over 18 is compelled to vote in referendums.

Fewer than one in five referendums have been passed since Australia's federation in 1901. The most recent, in 1999, rejected a push for Australia to become a republic.

"It's a high hurdle to leap over but it's one that protects our democracy," Mr Wyatt said.

The High Court of Australia looks to the constitution as a rulebook for significant legal reform and direction.