By Oliver Gordon and Scott Mitchell of ABC Background Briefing

Management at a popular hotel run by Australia's largest hotel group has been directing staff to segregate Aboriginal people into inferior rooms while charging them the same price as other guests, an investigation by ABC's Background Briefing has revealed. 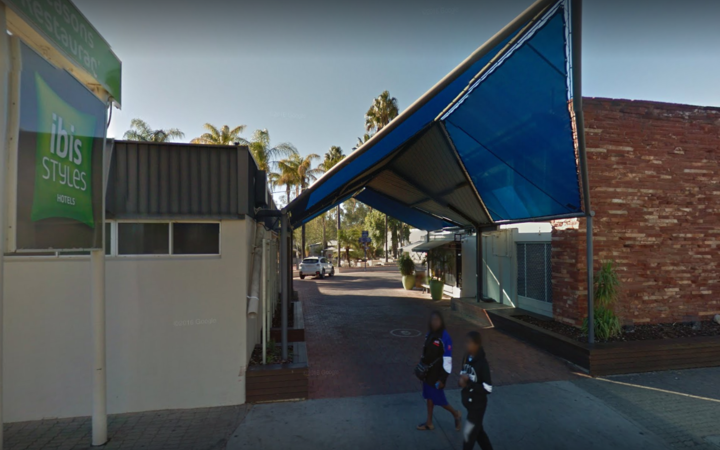 The instructions to racially profile guests were given in an email sent to Ibis Styles Alice Springs staff last June. Photo: Google Maps

Employees at the Ibis Styles Alice Springs Oasis were instructed to direct guests from the communities - a local expression describing Aboriginal people from out of town - into one of six designated rooms.

One staff member, who disclosed details of the practice under the condition they were not named, told the ABC they witnessed it occur on hundreds of occasions.

"It was pretty much standard," the whistleblower explained.

The instructions to racially profile guests were given in an email sent to Ibis Styles Alice Springs staff last June.

"Just to keep everyone in the loop we are now only putting hospital linen into rooms 85 to 90," the email read.

"These rooms are to be referred to as community rooms and we will try to limit them to just that, those coming from the communities.

"Reception ladies, please use a touch of initiative and allocate accordingly on arrival."

But the whistleblower said it was not just guests from the communities who were affected.

"You're looking at people who were notable or who were doing charity work or anything like that, who just because they appeared Aboriginal, were being given worse rooms that you wouldn't put anyone else into at all," the whistleblower said.

Inferior rooms for the same price

The ABC's Background Briefing arranged two identical bookings with the Ibis Styles Hotel earlier this year to test the whistleblower's description of what was happening.

The only difference in the two groups who arrived at the hotel was that one was Indigenous and one was not. Both groups were charged the same $129 price tag for their rooms.

But the two rooms the groups received could not have been more different.

Undercover recordings of the Aboriginal guests checking in captured the group being assigned to room 86, which was one of the community rooms referred to in the leaked email.

"The floor still was dirty," said Gloriana, one of the women in the Indigenous group.

"I went in the bathroom and saw chicken bones inside there [on the floor]. And some woman's skirt was in there."

Inside room 86, the ABC found stained sheets and towels, as well as clothing belonging to former guests.

There was broken glass and rubbish in the patio area, dried liquids on the windows and walls, a stale smell in the air and exposed wires around the skirting of the room.

The room assigned to the non-Aboriginal group had none of the issues that were found in room 86.

It is the parent company of Ibis, as well as hotel brands including Movenpick, Novotel, Sofitel, Adagio, Mercure, The Sebel and Mantra.

"Accor is unaware of any complaints from staff or guests of this nature," said an Accor spokesperson in a statement issued to the ABC.

"The hotel welcomes and embraces guests from all backgrounds and cultures that reflects their diverse workforce, which includes 31 percent Indigenous employees."

Jo McKenzie, a manager of the Ibis Styles in Alice Springs, was cced on the email instructing staff on the policy.

"We have two room types - being standard rooms and superior rooms - and we allocate on how people book," she said when contacted by the ABC.

The 'Bermuda Triangle of unreported racism'

Sophie Trevitt, a lawyer with the North Australian Aboriginal Justice Agency, said clients told her that the practice of separating Aboriginal guests was happening across the NT.

"It's effectively a form of segregation within hotels and hostels," she said, adding that it was common knowledge for many in the Indigenous community of the Northern Territory.

"I think there is a Bermuda Triangle of unreported racism," he said.

Mr Farouque said that in cases of individual race discrimination, payouts were low and the process was arduous, which discouraged complainants from pursuing a formal complaint with authorities.

"It's very much an individual complaint matter," he said.

"It's about their particular facts and circumstances, which are at issue in the case, and so the prospect of achieving a broader social outcome is quite limited."

The Racial Discrimination Commission of the Northern Territory said it was doing all that it could.

"We do what we can within the framework that we operate," commissioner Sally Sievers said.

"The formal scheme under the Anti-Discrimination Act is that we need a complaint from a person who is directly affected by the discrimination."

Commissioner Sievers explained that in the case of the Ibis Styles, warning from the whistleblower would only be regarded as a tip-off, and without a formal complaint from someone directly affected by discrimination, the commission was unable to pursue the matter further.