The Australian Defence Force is closely tracking a high-tech Chinese spy ship as it approaches Australia ahead of this month's Talisman Sabre war games on the Queensland coast. 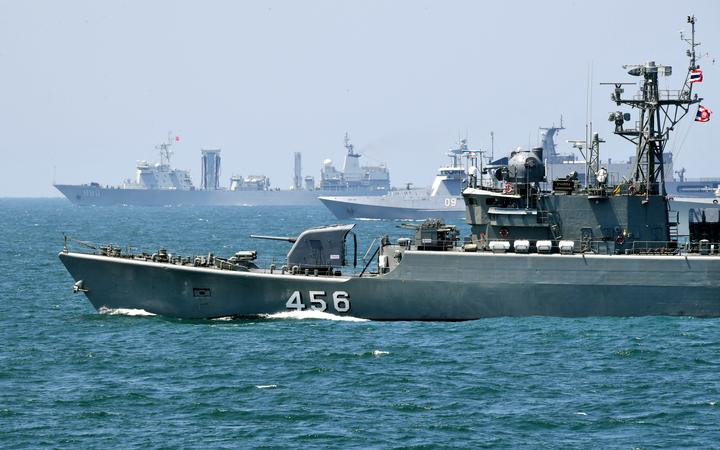 China's navy hosted exercises for other Southeast Asian navies off Qingdao, in Shandong Province in April. Now it's believed China will monitor war games off the Queensland coast. Photo: AFP

Multiple military sources have confirmed to the ABC they are preparing for the imminent arrival of the Auxiliary General Intelligence (AGI) vessel, which is expected to closely monitor the massive biennial joint United States-Australian exercises from just outside Australian territorial waters.

The AGI is fitted with advanced communications systems designed to eavesdrop on other militaries, and is the same class of vessel which the ABC revealed had been monitoring the 2017 Talisman Sabre war games.

Up to 25,000 military personnel, mainly from the United States and Australia, are taking part in this year's activity, which is focused on the planning and conduct of mid-intensity "high end" warfighting.

New Zealand troops will be among those taking part.

Last month the ABC revealed Japanese warships would also be taking part in Talisman Sabre for the first time, and defence sources believe the Chinese are particularly interested in how its Maritime Self-Defence Force operates with the ADF and the United States.

"This year's Talisman Sabre involves the Japanese Amphibious Rapid Deployment Brigade, which was created last year primarily as a response option for potential Chinese incursion in the Senkaku Islands," a military official told the ABC, speaking on the condition of anonymity.

"Their capability and inter-operability with Australia and the United States will be of interest to Beijing." 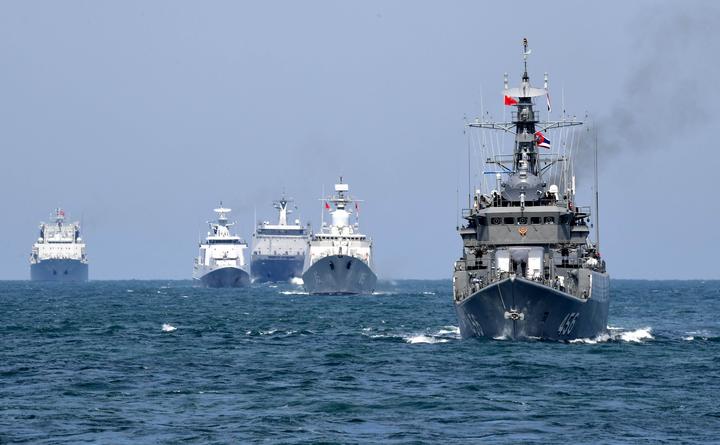 The Chinese Navy, seen here with vessels from other Southeast Asian countries, is believed to be especially interested in Japan's participation in exercise Talisman Sabre. Photo: AFP

In a statement, the Defence Department told the ABC it was "aware that there will likely be interest from other countries in exercise Talisman Sabre".

"These issues are taken into account during the planning and conduct of exercises," a spokesperson said.

"Any questions relating to the movement of PLA vessels in international waters should be directed to the Chinese government."

Just last month three Chinese warships caught locals by surprise after arriving in Sydney harbour for a visit which was not publicly announced in advance by the Australian government.

In May, the ABC revealed the Australian Navy had been closely followed by the Chinese military during a recent transit of the South China Sea, near islands controversially claimed by Beijing.

The Defence Force later confirmed that Australian Navy pilots had been targeted by laser attacks in the disputed waters, with Chinese maritime militia vessels believed responsible.