A top US State Department official visiting Australia has accused China of destabilising the Pacific by trying to pick off Taiwan's allies in the region. 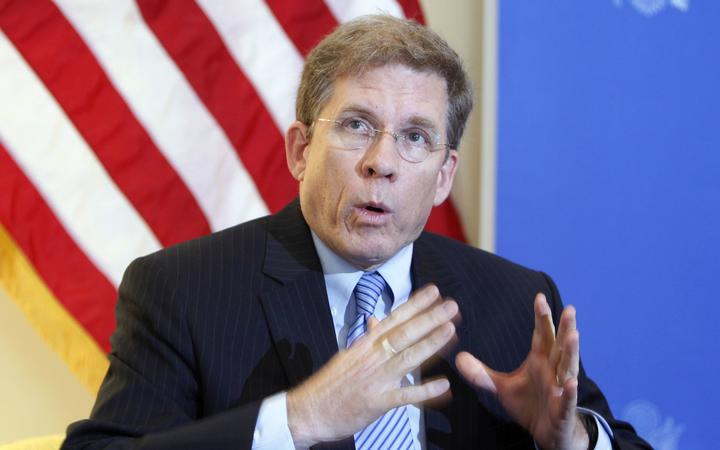 W Patrick Murphy says the concept of China establishing a naval base in the South Pacific is troubling. Photo: AP

Principal deputy assistant secretary for East Asian and Pacific Affairs, W Patrick Murphy, has been in Canberra for meetings with senior Australian officials.

Both Australia and the United States have intensified efforts to consolidate their influence in the region as China expands ties with several Pacific Island nations and pours money into large infrastructure projects.

But there has also been a tug-of-war in the Pacific between China and Taiwan, which Beijing sees as a rebellious province.

"[It's] kind of heavy-handed. Countries should be able to make their own independent choices of their partners and do so on the basis of domestic ingredients, not foreign influence," he said.

"Our encouragement to countries that have relations with Taiwan is to maintain the status quo. It has contributed to stability, particularly across the Taiwan strait, and economic prosperity for all concerned." 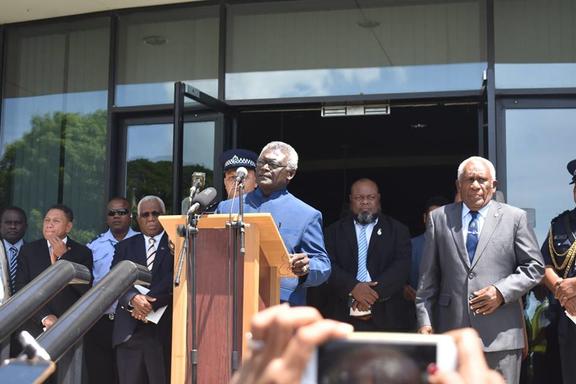 Six of Taipei's remaining allies are Pacific Island countries, but there's intense speculation that its largest ally in the region - Solomon Islands - could soon switch allegiance to Beijing.

Some politicians in Solomon Islands have demanded that the new prime minister abandon Taiwan for China.

Others have reportedly warned Taiwan it will lose their support unless it pours more money into a controversial scheme which allows local MPs to funnel money directly to their constituencies.

Australian strategists remain worried that China is intent on establishing a naval base in the South Pacific - although last year Vanuatu furiously denied reports that it had preliminary talks with Beijing about establishing a permanent Chinese military presence on the island.

Mr Murphy would not be drawn on whether he thought it was a likely prospect, but said the "concept" of China establishing a base in the region was "quite troubling".

There has also been an intense debate in the Pacific about whether some nations have taken out unsustainable loans from China.

China is splashing out billions of dollars in concessional loans to developing countries, but what happens when these debt-laden nations can't pay Beijing back?

The US Ambassador to Australia Arthur Culvahouse Jr stoked controversy when he accused China of "payday loan" diplomacy.

Multilateral bodies like the World Bank and the Asian Development Bank hold much more debt in the Pacific than China does - but the US points out that Beijing has used predatory lending tactics in several other countries including Sri Lanka and Cambodia.

Mr Murphy said China had a "role to play" in the Pacific, but it needed to adhere to the rule of law and ensure it was not fostering corruption.

The US wanted to "help countries protect their sovereignty and their independence, to have viable alternatives and options to meet their development needs [and] their infrastructure needs".

Last year the US joined Australia, New Zealand and Japan in an ambitious project to bring electricity to 70 per cent of Papua New Guinea by 2030.

Australia also plans to plunge up to $3 billion into infrastructure projects in the Pacific through both loans and grants.