The son of the Duke and Duchess of Sussex has been christened by the Archbishop of Canterbury in a private ceremony. 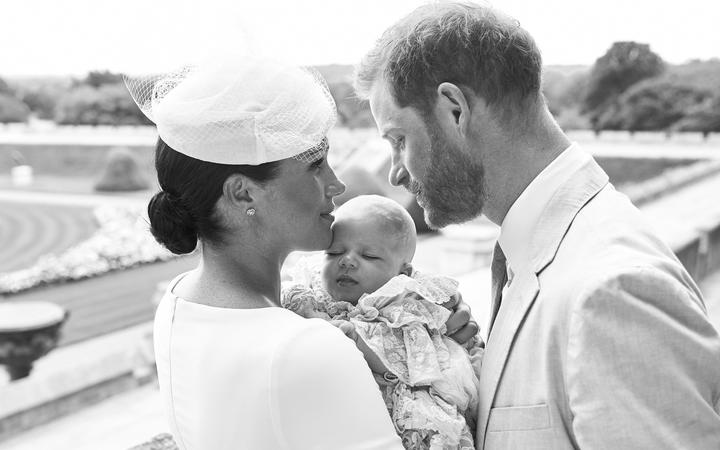 The Duke and Duchess of Sussex with their baby, Archie, in one of two photographs released by the royal couple today. Photo: AFP

Archie Harrison Mountbatten-Windsor was baptised in front of close family and friends in the private chapel at Windsor Castle on today.

The Duke and Duchess of Cambridge attended but were not thought to have their children with them.

The Queen did not attend due to a prior engagement.

Prince Charles and the Duchess of Cornwall were reported to have arrived at the ceremony by helicopter and Meghan's mother, Doria Ragland, also attended. 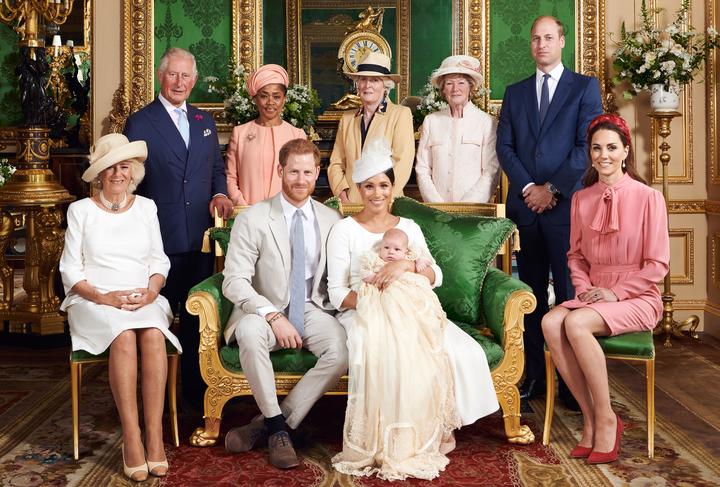 Baby Archie with his parents, grandparents, Prince William and the Duchess of Cambridge and Lady Jane Fellowes and Lady Sarah McCorquodale after the ceremony. Photo: AFP

A full list of the 25 guests has not been made public, but Lady Jane Fellowes and Lady Sarah McCorquodale - the sisters of Prince Harry's mother, the late Diana, Princess of Wales - were pictured in an official photograph taken at the christening.

A Royal Communications spokesperson said: "The Duke and Duchess of Sussex are overjoyed to share the happiness of this day, and would like to thank everyone around the world for their ongoing support.

"They feel so fortunate to have enjoyed this special moment with family and Archie's godparents."

The royal couple opted to exclude the press and the public from the day and chose not to reveal the names of Archie's godparents.

Instead of having press photographers, fashion photographer Chris Allerton - who took their wedding photos - captured the special moment, with two pictures released to the public and posted on the couple's Instagram account.

Mr Allerton said he was "honoured" to take the official photographs and "be part of such a joyous occasion".

Prince Harry and Meghan did follow some royal traditions, however.

Archie wore a handmade replica of the royal christening robe which was made for Queen Victoria's eldest daughter. The robe, which has been worn by royal infants on the occasion of their christening for the last 11 years, was made by Angela Kelly, dressmaker to the Queen.

The ornate Lily Font, commissioned by Queen Victoria and Prince Albert for the baptism of their first child Victoria, Princess Royal, in 1841, was also used - as was water from the River Jordan.

Members of the St George's Chapel Choir performed at the ceremony.