France and Iran have agreed to look at conditions for resuming talks to try to save Tehran's nuclear deal with world powers, President Emmanuel Macron says. 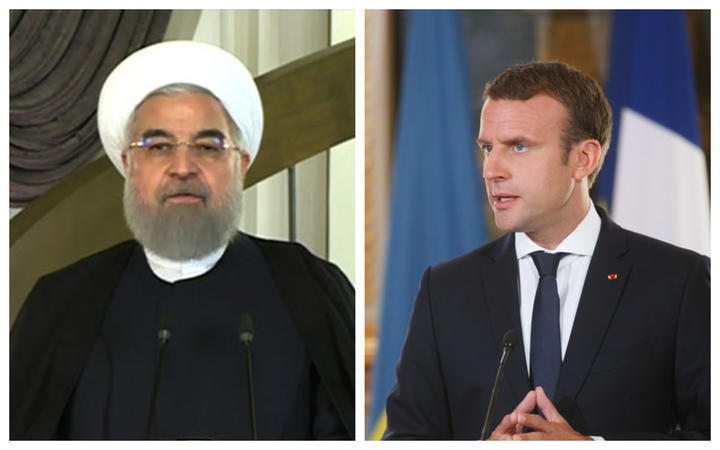 President Hassan Rouhani of Iran and President Emmanuel Macron have discussed Tehran's nuclear deal which is in jeopardy. Photo: AFP

During a phone call with President Hassan Rouhani, Mr Macron expressed his "strong concern" about the consequences of abandoning the 2015 accord.

Mr Rouhani called on European countries to act urgently to save the deal aimed at curbing Iran's nuclear programme.

The agreement has been in jeopardy since the United States pulled out last year.

Iran has already stockpiled more enriched uranium than the country was supposed to. The country has been expected to announce that it will breach another limit by taking the enrichment process to a higher level.

The French presidency published a statement, saying that President Macron had spoken for more than an hour with his Iranian counterpart.

Mr Macron said he was very concerned about the "risk of a further weakening" of the treaty and "the consequences that would necessarily follow".

The statement said the two leaders had agreed "to explore by 15 July the conditions for the resumption of dialogue between all parties".

Mr Rouhani had previously given the five countries still party to the deal - the UK, France, Germany, China and Russia - until Sunday to meet their commitment to shield Iran from the sanctions' effects. 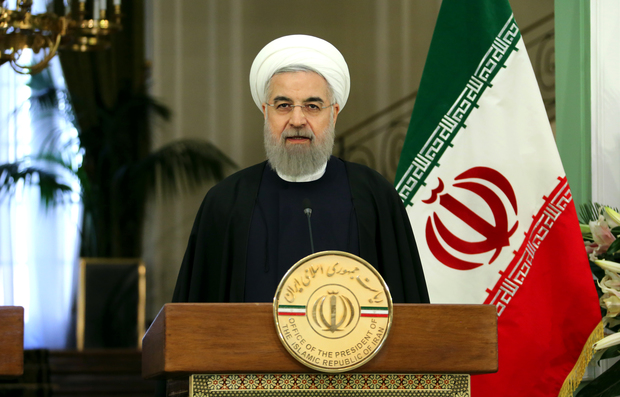 The French statement also said Mr Macron would continue consultations with the Iranian side and international partners to reduce tensions.

President Rouhani urged the European signatories to act to save the deal.

"Lifting all sanctions can be the beginning of a move between Iran and six major powers," Mr Rouhani said.

What is enriched uranium?

Enriched uranium is produced by feeding uranium hexafluoride gas into centrifuges to separate out the most suitable isotope for nuclear fission, called U-235.

Under the deal, Iran is only permitted to produce low-enriched uranium, which has a 3-4 percent concentration of U-235, and can be used to produce fuel for nuclear power plants.

The deal also restricted Iran to stockpiling no more than 300kg of the low-enriched uranium.

A stockpile of 1050kg, however, could be further enriched later into enough material to build one bomb, according to the Arms Control Association.