Whale meat in Japan has been sold at auction for sky-high prices following the first commercial hunt since a ban was lifted. 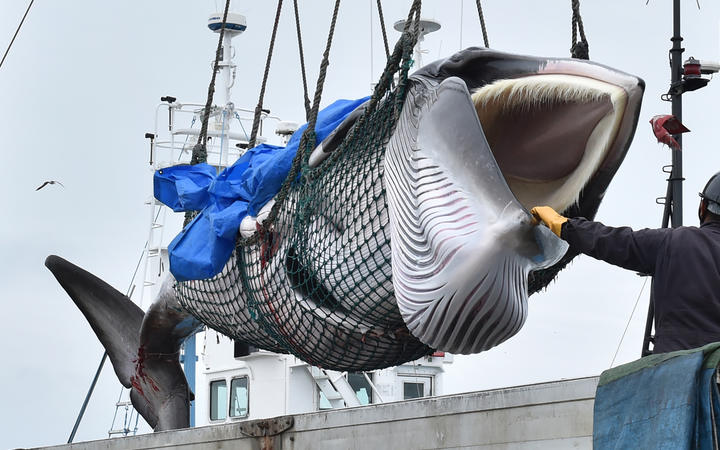 Japan left the International Whaling Commission (IWC) on 30 June to resume hunting, arguing it can be done sustainably. Despite international outcry, Japan now intends to catch 227 whales for meat before the end of the year.

Members of the IWC agreed to a ban on hunting to protect whales in 1986, as some species remain endangered. 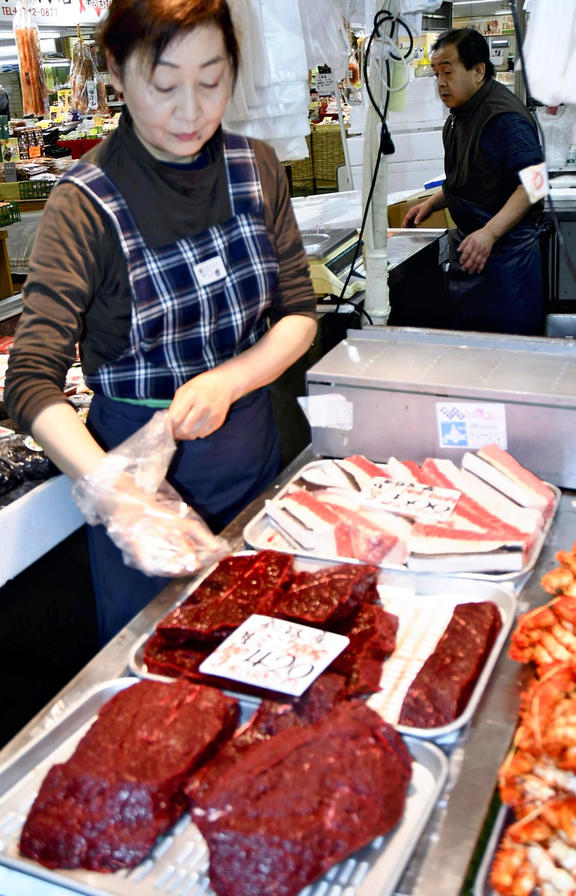 Meats of minke whale are sold at a market in Kushiro, Hokkaido Prefecture yesterday. Photo: AFP / The Yomiuri Shimbun

Japan has however continued to hunt the species in the name of scientific research, catching 333 whales last year.

Critics say the meat, which is popular in Japan and a strong part of its culture, still ended up being served in restaurants.

"It is five times lower in calories than beef, 10 times lower in cholesterol, two times less fat than chicken," Mitsuo Tani, a chef in one of Japan's most famous whale restaurants, told AFP.

"It's packed with iron. But abroad, people do not know this."

Yoshifumi Kai, head of the Japan Smally-type Whaling Association, told Reuters that the whale caught on Monday was "splendid".

"We're not at all embarrassed by what we do, it's only natural," Kai said, arguing that the amount of whales Japan planned to hunt would not pose a threat to their population.

"This is a sad day for whale protection globally," said Nicola Beynon of Humane Society International, accusing Japan of beginning a "new and shocking era of pirate whaling".

In 2015, the Environmental Investigation Agency said it found unsafe levels of mercury from ocean pollutants in all the whale and dolphin meat samples it tested.