A beluga whale found with a tight harness that appeared to be Russian made has raised the alarm of Norwegian officials and prompted speculation that the animal may have come from a Russian military facility. 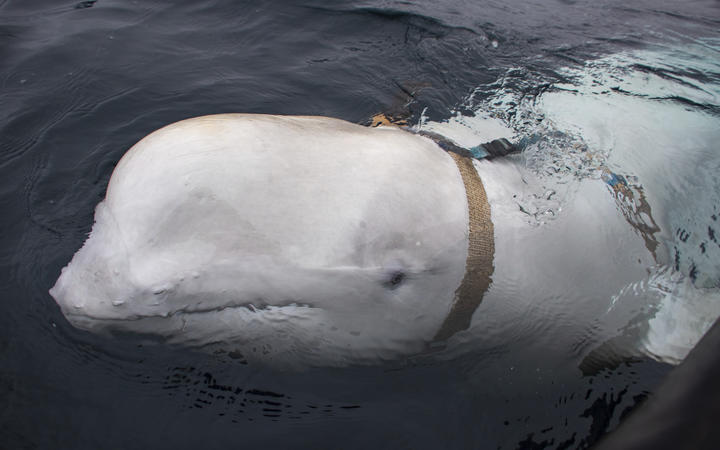 A beluga whale seen as it swims next to a fishing boat before Norwegian fishermen removed the tight harness, swimming off the northern Norwegian coast. Photo: Joergen Ree Wiig/Norwegian Direcorate of Fisheries Sea Surveillance Unit via AP

"Equipment St. Petersburg" was written on the harness strap, which featured a mount for an action camera, Joergen Ree Wiig of the Norwegian Directorate of Fisheries said.

He said fishermen in Arctic Norway last week reported the tame white cetacean with a tight harness swimming around. On Friday, fisherman Joar Hesten, aided by the Mr Ree Wiig, jumped into the frigid water to remove the harness. 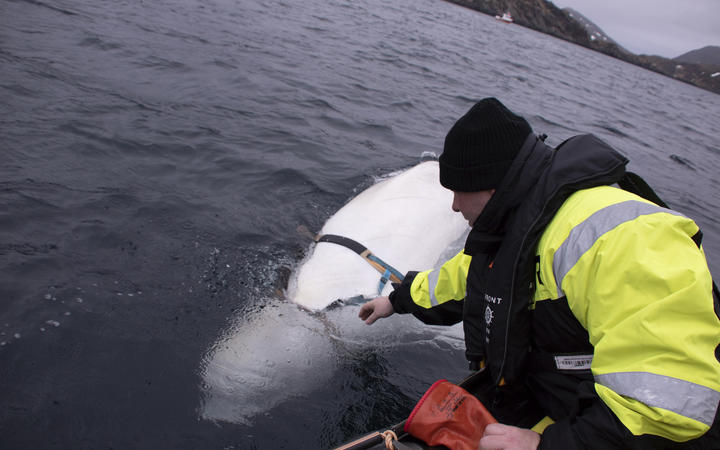 Audun Rikardsen, a professor at the Department of Arctic and Marine Biology at the Arctic University of Norway in Tromsoe, northern Norway, believed "most likely that Russian Navy in Murmansk" was involved.

Russia has major military facilities in and around Murmansk on the Kola Peninsula, in the far northwest of Russia.

It wasn't immediately clear what the mammal was being trained for, or whether it was supposed to be part of any Russian military activity in the region.

Mr Rikardsen said he had checked with scholars in Russia and Norway and said they have not reported any program or experiments using beluga whales.

"This is a tame animal that is used to getting food served so that is why it has made contact with the fishermen," he said.

"The question is now whether it can survive by finding food by itself. We have seen cases where other whales that have been in Russian captivity doing fine."

Mr Hesten told Norwegian broadcaster NRK that the whale began to rub itself again his boat when he first spotted it. 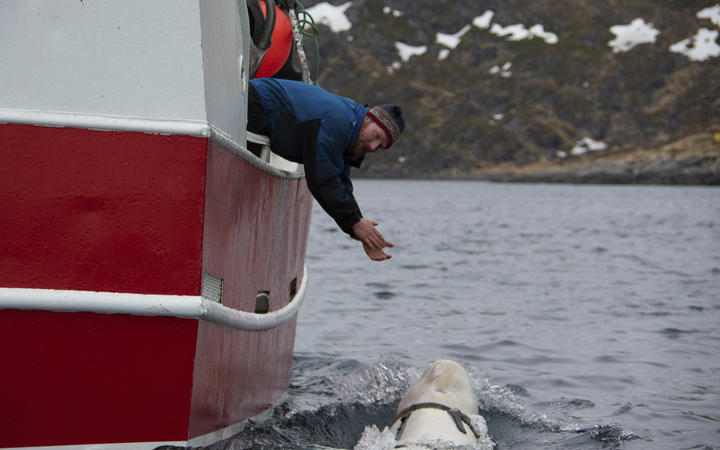 Russia does not have a history of using whales for military purposes but the Soviet Union had a full-fledged training program for dolphins.

The Soviet Union used a base in Sevastopol on the Crimean peninsula during the Cold War to train the mammals for military purposes such as searching for mines or other objects and planting explosives.

The facility in Crimea was closed following the collapse of the Soviet Union, though unnamed reports shortly after the Russian annexation of Crimea indicated that it had reopened.

The Russian Defence Ministry published a public tender in 2016 to purchase five dolphins for a training program. The tender did not explain what tasks the dolphins were supposed to perform, but indicated they were supposed to have good teeth. It was taken offline shortly after publication.