A man who drove his car into a crowd of protesters in the US city of Charlottesville, killing a woman, has apologised as he was sentenced to life in prison. 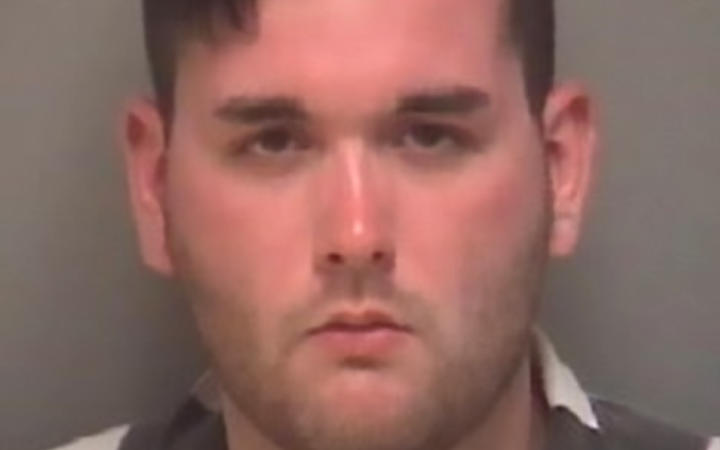 Heather Heyer, 32, died when Fields drove his car into people protesting against a white nationalist rally.

The avowed neo-Nazi has also been convicted of murder at the state level.

He is set to be sentenced in that case next month.

Speaking ahead of his sentencing on Friday, Fields apologised for the "hurt and loss" he had caused.

"Every day I think about how things could have gone differently and how I regret my actions. I'm sorry," he said.

Fields pleaded guilty to 29 of 30 federal hate crimes under a deal with prosecutors who agreed not to seek the death penalty.

His lawyers had asked for a more lenient sentence than life in prison, citing his age, a traumatic childhood and mental illness.

Ms Heyer's parents told the court of the pain of losing their daughter. Her father Mark Heyer told Fields: "I forgive you."

"I hope he can heal one day and help others too," her mother, Susan Bro, said.

What happened in Charlottesville?

Hundreds of neo-Nazis, white nationalists and Ku Klux Klan members gathered in Charlottesville, Virginia, on 12 August, 2017 for one of the largest white supremacist rallies in the US in decades.

The "Unite the Right" march was organised to protest against plans to take down a statue of General Robert E Lee, who had fought for the pro-slavery Confederacy during the American Civil War.

Fields, a self-described neo-Nazi from Ohio, was 20 at the time of the attack.

Federal prosecutors said he thought about harming others while driving to the Charlottesville rally.

They noted that there was evidence on his social media profiles of him "expressing support of the social and racial policies of Adolf Hitler and Nazi-era Germany, including the Holocaust".

Less than a month before the attack, they said he posted an image on Instagram showing a car driving into a crowd of people. "You have the right to protest but I'm late for work," read the caption.

Hours before the attack, he was photographed carrying a shield bearing the emblem of a far-right hate group.

In a phone call from prison in December 2017, he criticised Ms Heyer's mother.

"She is a communist. An anti-white liberal," Fields said. He went on to describe her as "the enemy".

Fields' lawyers have argued that he felt intimidated and acted to protect himself in the August 2017 attack.