A 21-year-old neo-Nazi has been found guilty of all the charges resulting from a rally in Virginia that ended in the death of Heather Heyer. 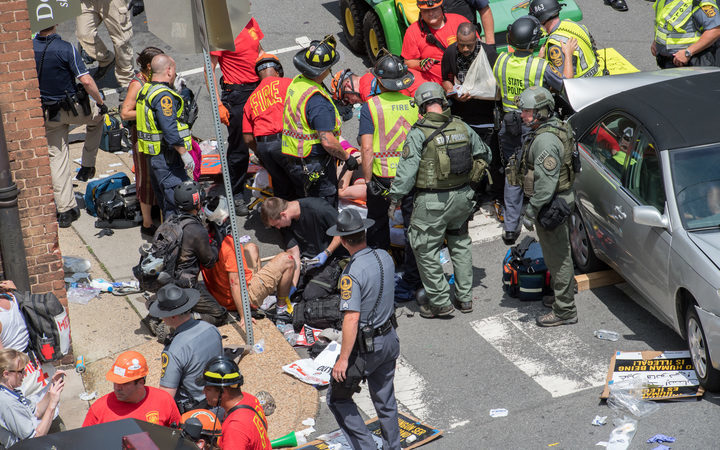 The white nationalist who drove his car into a crowd protesting against a white supremacist rally in Charlottesville, Virginia, last year, killing one of the counter-demonstrators, has been found guilty of first-degree murder and nine other counts.

The jury deliberated for about seven hours before convicting James Fields, 21, of all charges stemming from the deadly attack that occurred after police had declared an unlawful assembly and cleared a city park of white supremacists gathered for the Unite the Right rally. 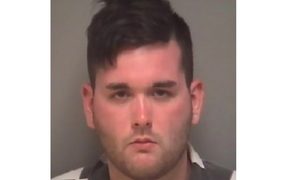 Fields, who did not take the witness stand to defend himself, faces a maximum penalty of life in prison. The 12 members of the mostly white jury - seven women and five men - were to return to court on Monday for the start of the penalty phase of the trial.

Fields sat expressionless between his two attorneys as the verdict was pronounced, glancing briefly at spectators in the crowded courtroom.

Defence attorneys never disputed that Fields was behind the wheel of the Dodge Charger that sent bodies flying when it crashed into a crowd on 12 August last year, killing counter-protester Heather Heyer, 32, and injuring 19 others.

Instead, Fields' lawyers suggested during the two-week trial that he felt intimidated by a hostile crowd and acted to protect himself.

Defence attorney Denise Lunsford told jurors in closing arguments that her client had expressed remorse when arrested, saying to police: "I'm sorry I didn't want to hurt anyone. I thought they were attacking me."

Prosecutors countered that Field was motivated by hatred and had come to the rally to harm others. 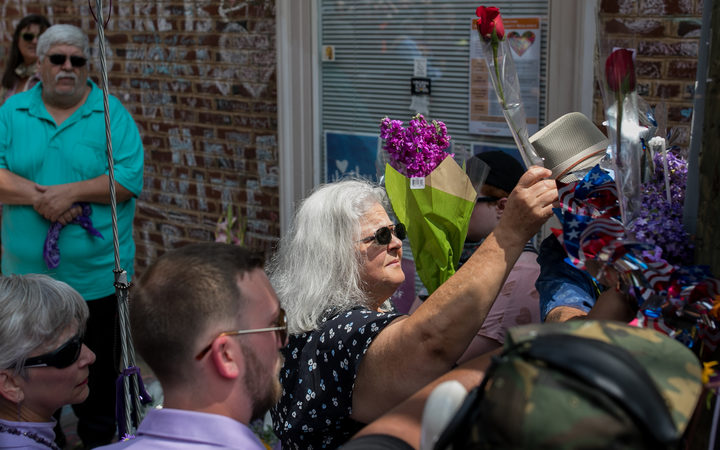 Heather Heyer's mother, Susan Bro, seen here laying flowers to mark the one-year anniversary of her daughter's death, was in court when James Fields was convicted of 10 charges relating to the case. Photo: AFP

The car-ramming capped a day of tension and physical clashes between hundreds of white supremacists and neo-Nazis who had assembled in Charlottesville to protest against the removal of statues commemorating two Confederate generals of the United States Civil War, and groups of opposing demonstrators.

The night before, the Unite the Right protesters had staged a torch-lit march through the nearby University of Virginia campus, chanting racist and anti-Semitic slogans.

US President Donald Trump was strongly condemned by fellow Republicans as well as Democrats for saying afterward that "both sides" were to blame for the violence.

Fields, a resident of Maumee, Ohio, was photographed hours before the car attack carrying a shield with the emblem of a far-right hate group. He has identified himself as a neo-Nazi.

Fields also faces separate federal hate-crime charges, which carry a potential death sentence. He has pleaded not guilty in that case as well.

The mothers of both Fields and Ms Heyer were present in the courtroom when the verdict was returned.

Four other men from California described by prosecutors as members of a militant white supremacist group, Rise Above Movement, were arrested in October on federal charges of instigating violence during the Charlottesville rallies.