The Australian Department of Foreign Affairs is providing consular assistance to the family of a 29-year-old student who is reportedly missing in North Korea. 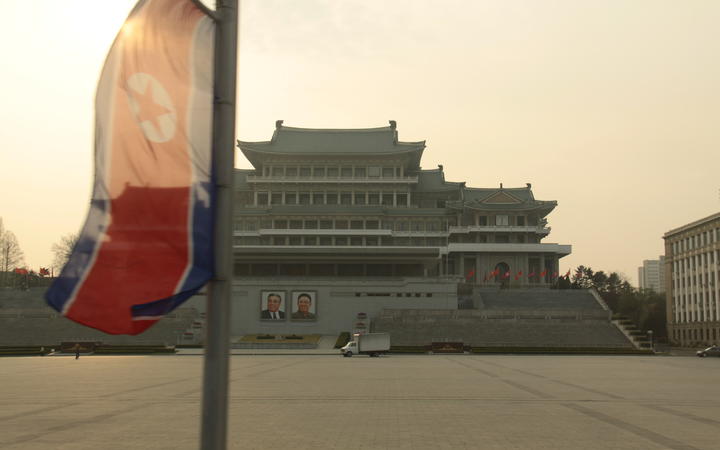 He is believed to be the only Australian living in North Korea and the ABC understands friends of Mr Sigley reported him missing this week.

In a statement, the department said it was "urgently seeking clarification" about the man's situation. It was unable to confirm if Mr Sigley had been arrested.

Australia's diplomatic presence in North Korea is limited, although consular assistance can be provided by other nations.

Mr Sigley grew up in Perth and went on to attend the Australian National University in Canberra, before moving overseas to continue his studies.

He is the founder of Tongil Tours, an Australian-based company specialising in guided tours to North Korea since 2013.

In a post for NK News, a US website about North Korea, Mr Sigley said he had "always been fascinated by socialism".

He also said he had started Tongil Tours out of "a desire to further engagement and mutual understanding between Westerners and North Koreans, and the unique and fascinating experience of travelling in North Korea".

In 2017 he told the ABC North Korea was "a fascinating country, there's no other country in the world like North Korea" and said it was not dangerous to travel there.

"If we thought it was unsafe, we'd stop doing these tours," he said.

"We wouldn't be able to bear the moral and legal responsibility of taking people to North Korea if it was dangerous."

Active on social media, Mr Sigley does not appear to have touched his Twitter or Facebook accounts for several days.

Earlier this year he wrote a first-person account of living in North Korea for The Guardian, describing it as a state "in transition" with a burgeoning consumer class that enjoys dining out, fashion and smartphones.

He said he became interested in North Korea after studying with North Korean students in China.

"The interactions I had with these students really piqued my curiosity - they were completely at odds with the stereotypical view of a 'brainwashed' people," he wrote.

Mr Sigley told Sky News in December last year he was aware of cases involving foreigners in North Korea, including US student Otto Warmbier's detention and eventual death, but was not concerned about being monitored by the North Korean government.

"I've read up on all these cases in detail and it's part of my job as a tour guide to understand the culture," he told the network.

"I've never felt threatened and this whole year has been a period of rapprochement."

In May last year, he wrote a blog post about attending a ballet performance seated 15m away from North Korean leader Kim Jong-un, who he said was greeted with rapturous applause by an ecstatic crowd.

Mr Sigley got married in Pyongyang to his Japanese-born wife Yuka Morinaga last year, but his wife is not thought to be living in North Korea.

His father, Gary Sigley, is an academic specialising in Asian Studies who has previously worked at the University of Western Australia and has written extensively on China.

The Commonwealth Government's official advice about travel to North Korea is that there is a "high level of risk" and potential travellers should reconsider their need to visit the country.

"Travel to the DPRK is uncommon," the government's Smartraveller website advises.

"Foreign visitors have been subject to arbitrary arrest and long-term detention.

"Foreigners can be arrested, detained or expelled for activities that would not be considered crimes in Australia, including perceived disrespectful behaviour and unwarranted interaction with local nationals."