American student Otto Warmbier, who had been detained in North Korea, has died, says a statement from his family. 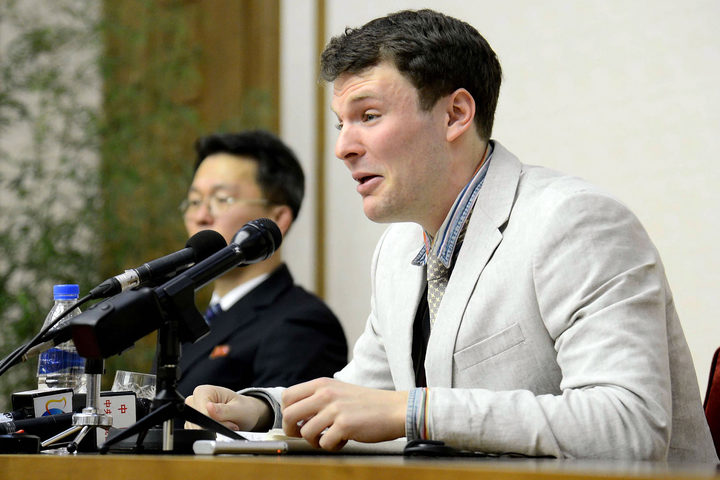 An image released by North Korea's official news agency of Otto Warmbier at a news conference in Pyongyang in February 2016. Photo: AFP / KCNA VIA KNS

He had served 17 months of a prison sentence and was returned to the United States in a coma last week.

North Korea said botulism and a sleeping pill led to the coma, but US doctors have disputed this account.

He was sent back to Ohio on 13 June, and his family said he died in a hospital in Cincinnati.

"Unfortunately, the awful torturous mistreatment our son received at the hands of the North Koreans ensured that no other outcome was possible beyond the sad one we experienced today," the family statement said.

He was "unable to speak, unable to see and unable to react to verbal commands", the statement said.

The 22-year-old student was sentenced to 15 years of hard labour for attempting to steal a propaganda sign from a hotel.

Before his return, the Warmbier family told US media they only found out in the days leading up to his release that he had lapsed into a coma in March 2016, shortly after he was sentenced.

North Korea said he was being freed "on humanitarian grounds".