A UN expert has warned of a possible "climate apartheid", where the rich pay to escape from hunger, "while the rest of the world is left to suffer". 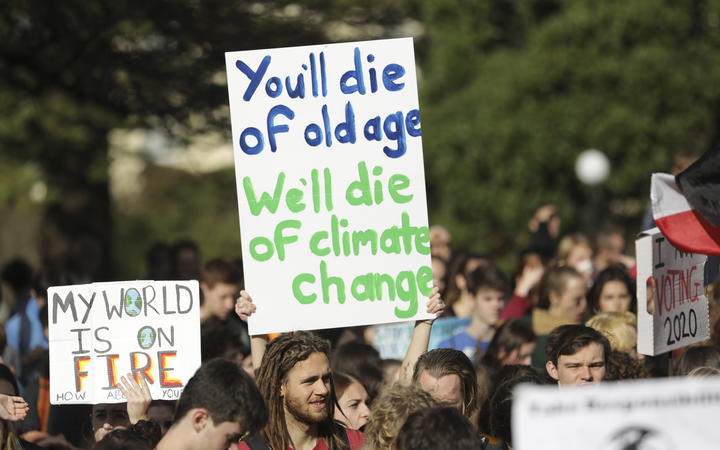 Even if current targets are met, "millions will be impoverished", said Philip Alston, the UN's special rapporteur on extreme poverty.

"Ticking boxes will not save humanity or the planet from impending disaster," Mr Alston warned.

The Australian native is part of the UN's panel of independent experts, and submitted his report - which is based on existing research - to the UN Human Rights Council on Monday.

A key warning was that the world's poor are likely to be hardest hit by rising temperatures - and the potential food shortages and conflict that could accompany such a change.

Developing nations are expected to suffer at least 75 percent of the costs of climate change - despite the fact that the poorer half of the world's population generate just 10 percent of emissions.

Those "who have contributed the least to emissions... will be the most harmed," he said, warning that the effects could undo 50 years of progress on poverty reduction.

On the other hand, Mr Alston cites examples of how the wealthy in Western nations already cope with extreme weather events.

When Hurricane Sandy hit New York in 2012, most citizens were left without power, yet "the Goldman Sachs headquarters was protected by tens of thousands of its own sandbags and power from its generator." Similarly, "private white-glove firefighters have been dispatched to save the mansions" of the wealthy.

This "over-reliance" on the private sector would likely lead to what he termed "climate apartheid" - where the rich "escape overheating, hunger, and conflict".

As far back as 2007, the Intergovernmental Panel on Climate Change warned that the "poorest of the poor in the world... are going to be the worst hit".

Mr Alston's report heavily criticises the lack of action, despite such warnings, over the past several decades.

"Sombre speeches by government officials at regular conferences are not leading to meaningful action," Mr Alston wrote in a scathing put-down of current policy. "Thirty years of conventions appear to have done very little."

Among those coming in for criticism are Brazil's President Jair Bolsonaro, for opening up the rainforest to mining, and "weakening" environmental protections.

Yet Mr Alston's scorn is not only for politicians, but also for the UN Human Rights Council to which he submitted the report.

"The Human Rights Council can no longer afford to rely only on the time-honoured techniques of organizing expert panels, calling for reports that lead nowhere, urging others to do more but doing little itself, and adopting wide-ranging but inconclusive and highly aspirational resolutions," he wrote.

Instead, it must commission an urgent expert study on the possible options available to avert disaster, and "propose and monitor specific actions", Mr Alston said.

There may also be wider societal implications.

The International Organisation for Migration warned in a 2014 report that estimates for migration as a result of climate change vary wildly - from about 25 million to one billion people by 2050.

Democracy, he warned, could also be at risk as governments struggle to make major changes to cope.

"The human rights community, with a few notable exceptions, has been every bit as complacent as most governments in the face of the ultimate challenge to mankind represented by climate change," the report said.

He said that the entire human rights community had failed "to face up to the fact that human rights might not survive the coming upheaval".