A top aide to Melania Trump will be the next White House press secretary and communications director, the first lady has announced on Twitter. 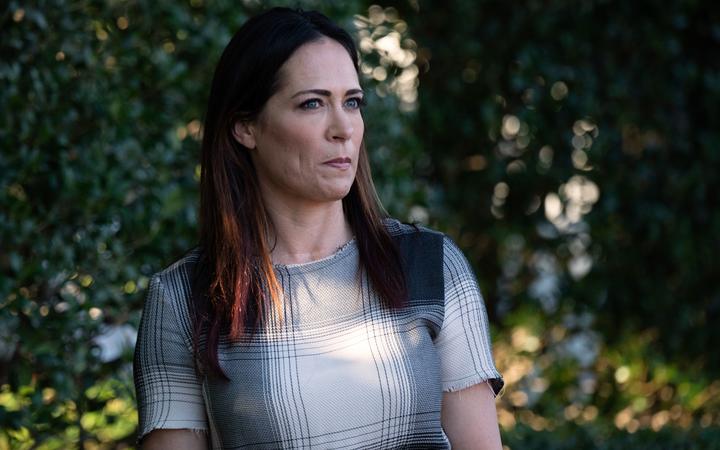 Stephanie Grisham, who serves as the first lady's deputy chief of staff and communications director, will fill the vacancy left by Sarah Sanders.

"I can think of no better person to serve the Administration & our country," Mrs Trump wrote on Twitter.

Mrs Sanders announced her resignation from the post earlier this month.

Calling her time at the White House "the honour of a lifetime", Mrs Sanders said she would be returning to Arkansas at the end of June to spend more time with her family.

Ms Grisham, considered a leading candidate for Mrs Sanders' replacement, has worked for the Trump family since 2015.

I am pleased to announce @StephGrisham45 will be the next @PressSec & Comms Director! She has been with us since 2015 - @potus & I can think of no better person to serve the Administration & our country. Excited to have Stephanie working for both sides of the @WhiteHouse. #BeBest

Who is the next press secretary?

Ms Grisham began working for the Trump family in 2015 and is one of the last remaining aides from the presidential campaign who still serves in the White House.

She previously worked as a spokeswoman and a communications operative in Republican politics.

Throughout her tenure in the administration, Ms Grisham has been fiercely loyal to the first lady and the Trump family.

In June 2017, when President Donald Trump tweeted that MSNBC host Mika Brzezinski was "bleeding badly from a facelift", Mrs Grisham rushed to defend his remarks.

"When her husband gets attacked, he will punch back 10 times harder," Ms Grisham said in a statement on behalf of Mrs Trump.

Last June when Mrs Trump was criticised for her choice of a jacket worn on a trip to a migrant child detention centre in Texas, Ms Grisham quickly lambasted US media for focusing on the first lady's fashion choice.

Today’s visit w the children in Texas impacted @flotus greatly. If media would spend their time & energy on her actions & efforts to help kids - rather than speculate & focus on her wardrobe - we could get so much accomplished on behalf of children. #SheCares #ItsJustAJacket