Aerial search teams have spotted what they believe to be five bodies and bags where eight climbers, including an Australian woman, went missing in the Indian Himalayas. 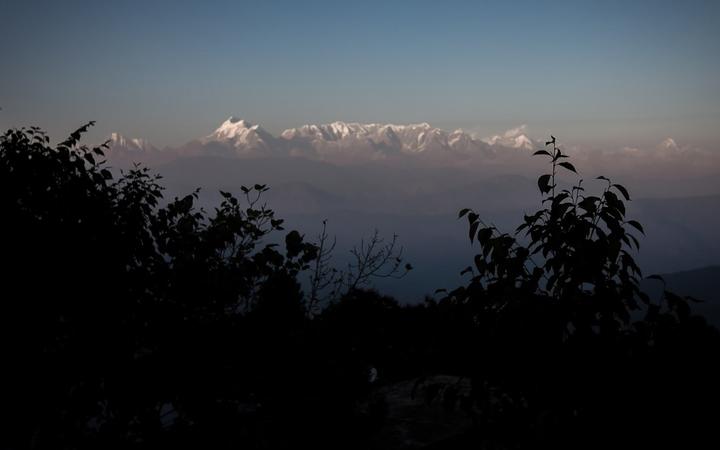 Four Britons, two Americans, an Australian and an Indian made up the missing climbers, who disappeared on India's second highest-peak.

Nanda Devi was believed to have been hit by multiple avalanches.

A source told AFP news agency the bodies were seen on the same route as the climbers had taken.

Authorities are trying to assess how to retrieve the bodies from treacherous terrain where helicopters cannot land, says the BBC's Yogita Limaye in the state of Uttarakhand.

District official Vijay Jogdande told the ABC they "can only lift the dead bodies after a technical assessment and advice".

When the climbers failed to return to base camp last Sunday, mountaineers searched a higher camp and found the group's tents empty.

Sydney woman Ruth McCance, who was attempting to climb India's second-highest peak Nanda Devi, was one of the eight members of the expedition group who failed to return to basecamp on 26 May 26.

The other climbers were John Mclaren, Rupert Whewell and Richard Payne from the United Kingdom, Anthony Sudekum and Ronald Beimel from the United States, and Indian guide Chetan Pandey.

A search team has been sent to look for the expedition group led by renowned UK-based mountain guide Martin Moran, but the rescuers are travelling on foot and are expected to take at least three days to reach their last known camp.

"He's been quite distraught about that … but he's trying to stay positive," Mr Lowndes said.

Ms McCance had recently returned to mountaineering after giving it up due to the danger, but she was very well prepared for the trip, having completed expeditions to high altitudes, and trained in Australia, New Zealand and Europe.

The Department of Foreign Affairs and Trade has confirmed it is providing consular assistance to the missing Australian's family, but it could not provide any further details due to privacy reasons.