Temperatures have passed 50 degrees Celsius in northern India as an unrelenting heatwave triggered warnings of water shortages and heatstroke. 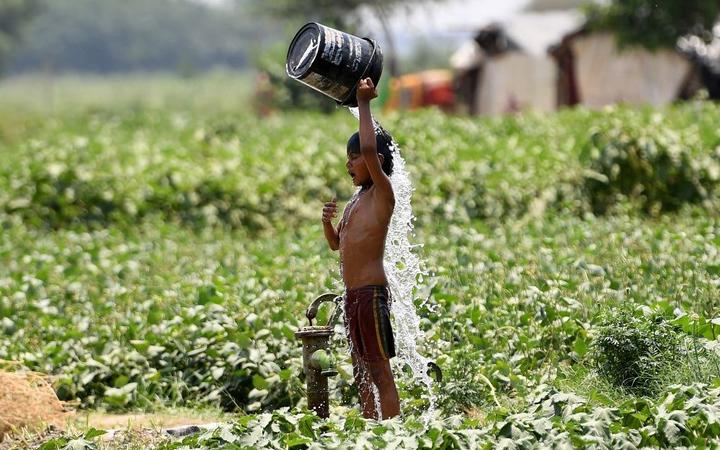 The thermometer hit 50.6 degrees Celsius in the Rajasthan desert city of Churu on Saturday, the weather department said.

All of Rajasthan suffered in severe heat with several cities hitting maximum temperatures above 47 Celsius. 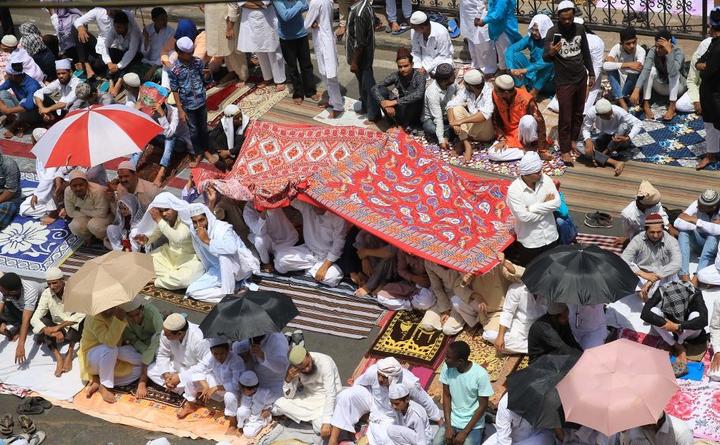 Some Muslims in Rajasthan try to shield themselves from the heat. Photo: AFP

In May 2016, Phalodi in Rajasthan recorded India's highest-ever temperature of 51 Celsius.

The Indian Meteorological Department said severe heat could stay for up to a week across Rajasthan, Maharashtra, Madhya Pradesh, Punjab, Haryana and Uttar Pradesh states.

Several deaths from heatstroke have already been recorded.

A red alert severe heat warning has been issued in the capital, New Delhi, as temperatures passed 46 Celsius, and residents were advised not to go out during the hottest hours of the day.

Even in the hill state of Himachal Pradesh, where many wealthy Indians go to escape the summer heat, temperatures reached 44.9 Celsius in Una. 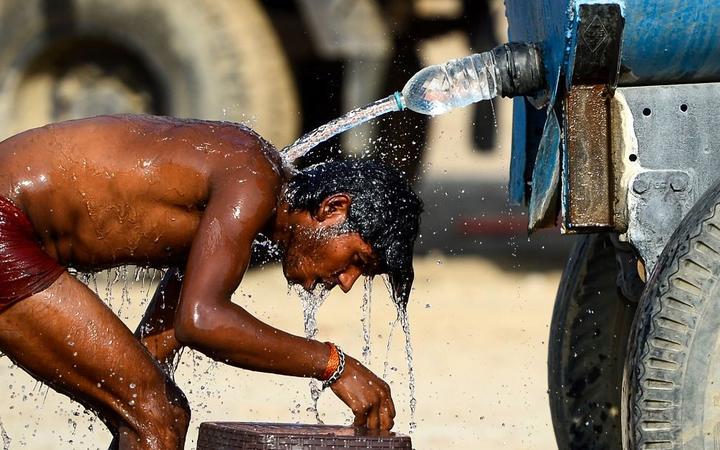 A truck driver in Allahabad cools off as fears grow of water shortages in several parts of India. Photo: AFP

Several major cities, led by Chennai, have reported fears of water shortages as lakes and rivers start to dry up.

In the western state of Maharashtra, farmers struggled to find water for thirsty animals and crops.

"We have to source water tankers from nearby villages as water reserves, lakes and rivers have dried up," said Rajesh Chandrakant, a resident of Beed, one of the worst-hit districts.

"Farmers only get water every three days for their livestock."

Raghunath Tonde, a farmer with a family of seven, said the area has suffered worsening shortages for five years.

"There is no drinking water available for days on end and we get one tanker every three days for the entire village," Tonde told AFP.

"We are scared for our lives and livelihood," he added.

The Hindustan Times newspaper said many Beed residents had stopped washing and cleaning clothes due to the water shortage.

The annual monsoon, which normally brings much needed rain to South Asia, is running a week behind schedule and is only expected to hit India's southern tip on Thursday, the weather department said.

And private forecaster Skymet has said there will be less rain than average this year.

The Indian peninsula has seen a drastic change in rainfall patterns over the past decade, marked by frequent droughts, floods and sudden storms.

In 2015 India was affected by a massive heatwave with officials saying that nearly 1700 people died.