The 12 people killed when a gunman fired on his colleagues at a municipal building in the United States city of Virginia Beach have been named. 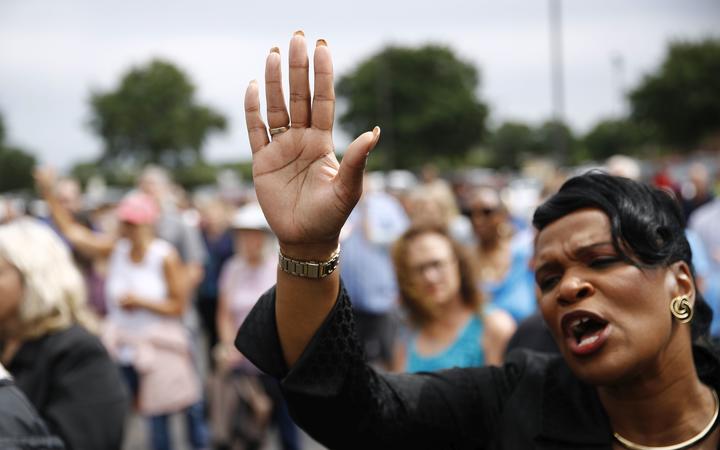 Local council member Sabrina Wooten sings during a vigil for victims of a fatal shooting at a municipal building in Virginia Beach. Photo: AP

City manager Dave Hansen said the victims - 11 local authority workers and one contractor - "leave a void we will never be able to fill".

The gunman shot indiscriminately before dying in a gun battle with police. He has been identified as DeWayne Craddock and described by police as a disgruntled city employee.

Authorities said they would only refer to him by name once, in order to focus attention on the victims. 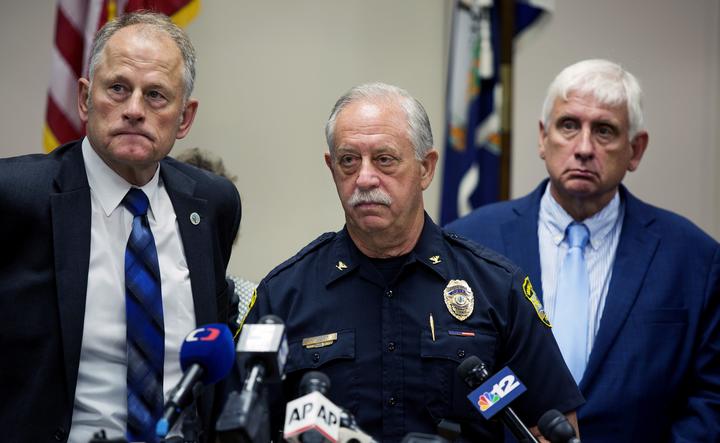 The people who died

Robert Williams had worked for the authority for 41 years, the news conference was told, while Christopher Rapp had been there for only 11 months.

The contractor was identified as Herbert Snelling. 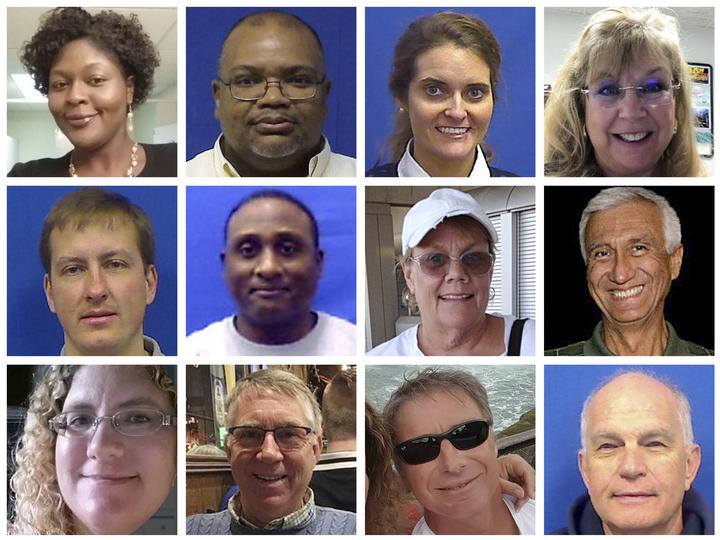 At least three people are known to have been wounded, including a police officer whose life was saved by his bulletproof vest.

Martin O'Grady, director of trauma at Virginia Beach General Hospital, told reporters all three are in a stable condition and still receiving treatment.

The gunman was an engineer and had served in military

Police said Craddock, 40, had been employed as an engineer with the city's public utilities department for 15 years.

According to AP news agency he had served in the military and was described by neighbours as quiet and "rarely smiling".

Some US media had reported that the gunman had recently been fired, or was about to be fired. But Mr Hansen said he was an employee at the time and had a security pass to enter the building.

Virginia Beach police chief James Cervera declined to comment on a motive for the shooting.

Joseph Scott, an engineering technician with the utilities department, said Craddock was in good standing at work and he had never heard negative reports about him.

Hundreds of people attended a prayer vigil for the dead. Mr Scott said he, his wife and several others prayed for the shooter too. "He was a human too, and his family is hurting too," Mr Scott said. "He's not evil ... he was just another guy who had problems."

Police previously said the gunman had used a .45-calibre semi-automatic pistol equipped with a sound suppressor and high-capacity magazines. Mr Cervera said other weapons were recovered at the scene and at the gunman's home, but did not give details.