Three gunmen have stormed a luxury hotel in Pakistan's southwestern port city of Gwadar, killing at least one guard and battling security forces inside, officials and the army said. 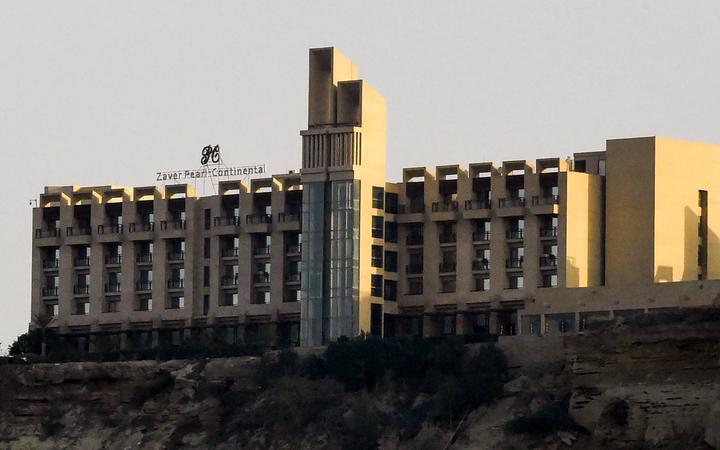 Baluchistan Home Minister Ziaullah Langove said most guests were evacuated from the five-star Pearl Continental Hotel, which helicopters circled as fighting was under way. Police said that in addition to the guard killed by the attackers, at least two other people were wounded but there was no final casualty total.

The military said three gunmen killed a guard at the entrance to the hotel when they entered. Security forces had cordoned off the area and cornered the attackers in a staircase leading to the top floor, the military said in its statement.

Baluchistan Liberation Army, a group fighting for greater autonomy in Pakistan's poorest province, claimed responsibility in an emailed statement that said the attack was aimed at "Chinese and other foreign investors".

As night fell, a Twitter feed apparently run by the insurgents said the attackers had "achieved all their targets" but there was no official confirmation that the fighting was over. 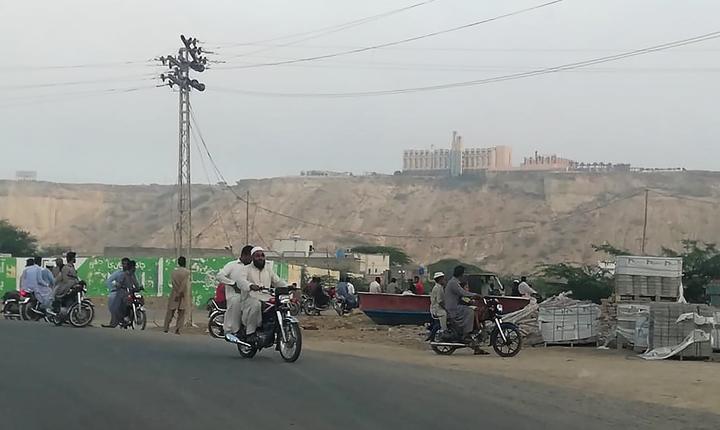 Residents watch the response to the attack on the hotel from the roadside. Photo: AFP

Gwadar is a strategic port on the Arabian Sea that is being developed as part of the $US60 billion China Pakistan Economic Corridor, which is itself part of China's mammoth Belt and Road infrastructure project.

The Pearl Continental Hotel, located on a hillside near the port, is used by foreign guests, including Chinese project staff, but there were none in the building at the time of the attack, Mr Langove said.

A statement from the Chinese embassy in Islamabad condemned the attack and said: "the heroic action of Pakistani army and law enforcement agencies is highly appreciated."

Pakistani officials have said the security forces were on alert for attacks during the Muslim fasting month of Ramadan, which began in early May.

Security across most of Pakistan has improved over recent years following a major crackdown after the country's worst attack, when some 150 people, most of them children, were killed in an attack on a school in the western city of Peshawar in 2014.

But Baluchistan, Pakistan's largest province, remains an exception and there have been several attacks this year, with at least 14 people killed last month in an attack on buses travelling between the southern city of Karachi and Gwadar.

Today's incident follows a bombing this week that targeted police outside a major Sufi shrine in Lahore, in the north of Pakistan, that killed at least 10 people and wounded more than 20, officials said.