Unidentified gunmen have killed 14 people in southwestern Pakistan after pulling them from several passenger buses, sifting through their identity cards and kidnapping them, a Pakistani official said on Thursday. 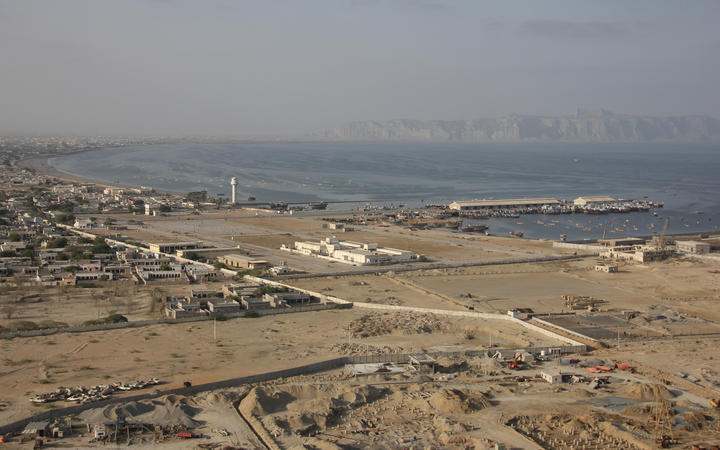 No group has yet claimed responsibility for the attack on the passengers who were travelling on a coastal highway from the financial hub of Karachi towards Gwadar, the Arabian Sea port town where China is building a deep-water port.

Southwestern Baluchistan province has long been plagued by violence and a stubborn insurgency, with several separatist groups and Islamist militants operating in a region that boasts vast gas and mineral resources.

Security has improved considerably across much of Pakistan in recent years but Baluchistan is still troubled by attacks, a major source of concern for Pakistani and Chinese officials who fear it will disrupt plans for a transport corridor through the province as part of China's Belt and Road initiative.

Baluchistan Home Minister Ziaullah Langove said the dead passengers had their legs and hands tied and were found close to the town of Ormara, about halfway between Karachi and Gwadar.

"Terrorists offloaded 14 persons from different buses after checking their [identity cards]. They took them and killed them," Mr Langove said.

He did not specify how the passengers were selected to be kidnapped and killed or their identities.

Ethnic Baloch separatist groups say outsiders are exploiting the region's natural wealth at the expense of local people and have previously targeted foreigners and Pakistanis from other regions. Islamist militants have also singled out minority Shi'ite Muslims.

Prime Minister Imran Khan condemned the attack and asked for an urgent report.

"PM has directed the authorities to make every possible effort to identify and to bring the perpetrators of the barbaric act to justice," Khan's office said in a statement.

Pakistani media reported earlier that the militants had kidnapped the passengers from a single bus, although Mr Langove said it was from six or seven different vehicles.