The US says it has seized a North Korean cargo ship, accusing it of violating international sanctions. 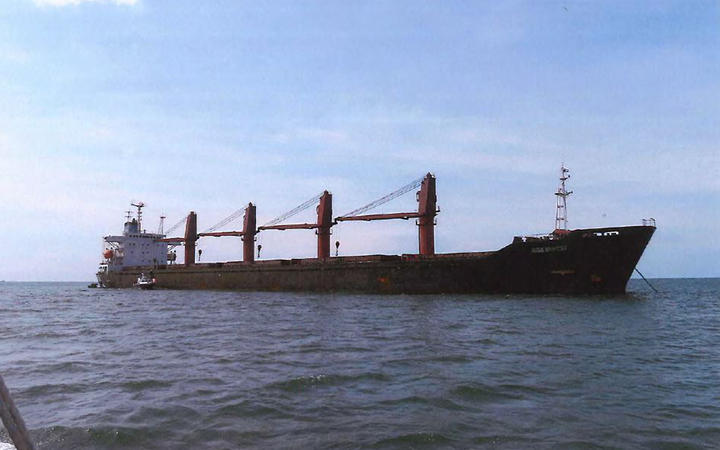 The justice department said the ship was used to transport coal, North Korea's largest export but subject to a UN export ban.

Payments for the maintenance of the ship were allegedly made in US dollars through unsuspecting US banks - giving the US authorities the opportunity to mount an unusual civil forfeiture legal action.

It is the first time the US has seized a North Korean ship for breaching sanctions and comes amid worsening relations between the two.

A meeting between North Korean leader Kim Jong-un and US President Donald Trump ended without agreement in February, with the US insisting North Korea give up its nuclear programme and Pyongyang demanding sanctions relief.

North Korea has carried out two weapons tests in the past week in what is widely seen as an attempt to increase pressure on the US over its failure to make concessions.

The US Special Representative on North Korea Stephen Biegun is currently in South Korea to discuss ways of getting the denuclearisation talks back on track.

The North Korean ship, the Wise Honest, is now in the custody of the US.

"Our office uncovered North Korea's scheme to export tons of high-grade coal to foreign buyers by concealing the origin of their ship, the Wise Honest," said US attorney Geoffrey S Berman.

"This scheme not only allowed North Korea to evade sanctions, but the Wise Honest was also used to import heavy machinery to North Korea, helping expand North Korea's capabilities and continuing the cycle of sanctions evasion."

FBI assistant director William Sweeney Jr said the seizure should serve as a signal that the US would not allow foreign adversaries to use its financial systems to fund weapons programs which will be used to threaten the country.

North Korea has been the subject of a series of US and international sanctions over Pyongyang's development of nuclear weapons and missile tests.