North Korea has fired an unidentified projectile, the South's military says, less than a week after its leader Kim Jong Un oversaw the test-firing of multiple rockets and a missile. 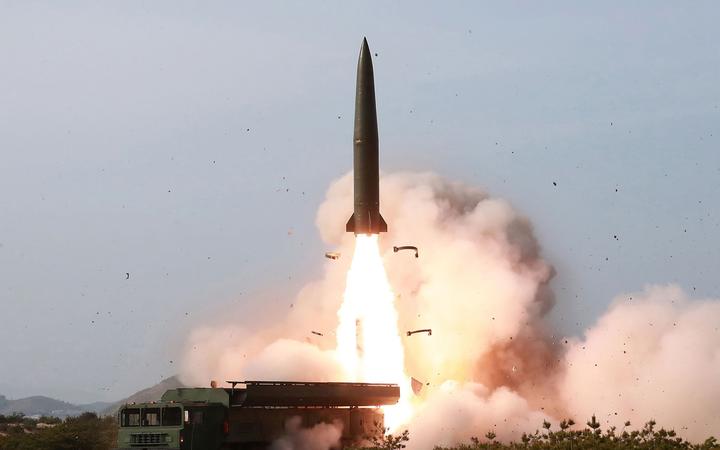 A South Korean official, who spoke on condition of anonymity, said the projectile was believed to have flown around 420km.

"You don't know what missile it is just from how far it flew," said Yang Uk, senior research fellow at the Korea Defence and Security Forum.

"But one thing is clear - there's no doubt that it is a missile."

Such a range would likely be longer than most of the weapons launched on Saturday, when North Korea fired a number of rockets from its east coast into the ocean, sharply raising tension on the Korean peninsula at a time of stalemate in talks between North Korea and the United States.

However, on Saturday, North Korea also launched at least one short-range ballistic missile, which analysts said could reach up to 500km. 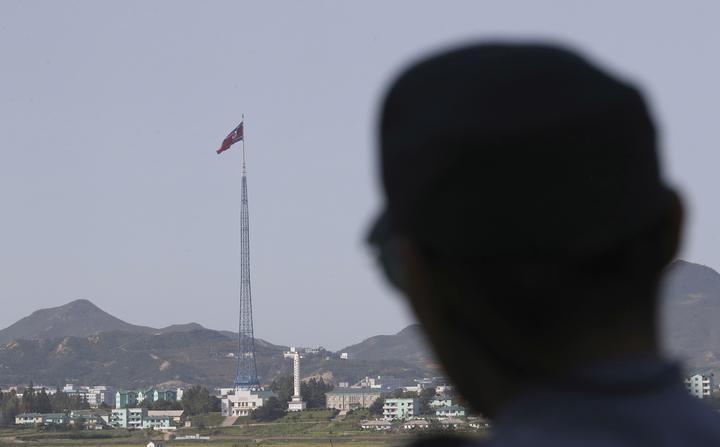 A South Korea soldier stands guard in the demilitarised zone that has separated the two Koreas since the end of the Korean War in 1953. Photo: AP

On Wednesday, North Korea lashed out at the United States and South Korea, saying its tests on Saturday were "regular and self-defensive" and rejecting the notion that they were provocative.

South Korea responded to Saturday's action by the North by calling for an end to acts that escalate military tension.

Japan's defence ministry said it had not detected any ballistic missile in Japanese territorial waters or exclusive economic zone and it saw no direct impact on Japan's security.

The area where today's projectile was launched was identified as the site of a medium-range Rodong missile base on North Korea's west coast, by the Centre for Strategic International Studies, a Washington-based think tank.

At the end of 2017, North Korean leader Kim declared its nuclear force was complete and extended an olive branch to the South and the United States, holding two summit meetings with US President Donald Trump and three with the South Korean leader.

But Mr Kim's second summit with Mr Trump, in Vietnam in February, broke down with the United States insisting the North give up its nuclear programme and North Korea seeking sanctions relief.

"North Korea has returned to its classic escalation tactics from before," Mr Yang said. "I believe they will keep escalating by using what appear to be short-range missiles, something that will not cause the US to react right away." 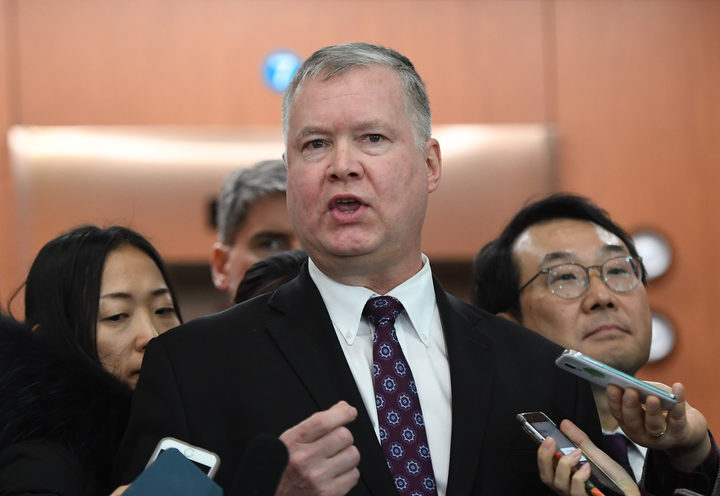 The US special envoy for North Korea Stephen Biegun speaks to reporters as his South Korean counterpart Lee Do-hoon looks on after their "working group" meeting on North Korean issues in Seoul earlier this week. Photo: Jung Yeon-je / AFP

The launch came as US special envoy for North Korea Stephen Biegun was in Seoul for talks with South Korean officials. Mr Biegun has meetings with Foreign Minister Kang Kyung-wha as well as his counterpart, South Korea's nuclear envoy Lee Do-hoon.