A US teenager who took legal action against his school after he was banned for refusing the chickenpox vaccination now has the virus, his lawyer says. 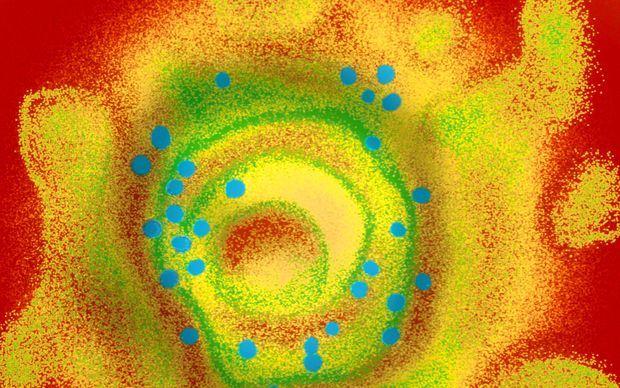 Jerome Kunkel, 18, made headlines last month after he unsuccessfully sued his Kentucky school for barring unimmunised students amid an outbreak.

The student had opposed the vaccine on religious grounds.

His lawsuit argued the vaccine is "immoral, illegal and sinful" and that his rights had been violated.

The ban from his school, Our Lady of the Sacred Heart/Assumption Academy in Walton, came during an outbreak that sickened at least 32 pupils.

Mr Weist told NBC News his young client did not regret his decision to remain unvaccinated.

"From their perspective, they always recognised they were running the risk of getting it, and they were OK with it."

A Kentucky judge sided with the health department in April, saying the 18-year-old did not have a right to play sports.

The teenager's father, Bill Kunkel, said the vaccines were derived from aborted foetuses, which went against his family's religious beliefs.

Some viruses used to make vaccines are grown with cells descended from matter that was sourced from two human foetuses electively aborted in the 1960s.

But no new human cells have been used since then to produce vaccines, according to health authorities and drug manufacturers.

The Catholic Church has told its members it is morally justifiable to use these vaccines, though it wants alternative treatments developed without "using cell lines of illicit origin".

Chickenpox is a highly contagious virus that causes blisters, itching and fever, though it is generally not fatal.

Before a vaccine was created, about four millions Americans caught the disease each year, according to the Children's Hospital of Philadelphia.