Turkey's electoral body has been condemned for ordering Istanbul's local elections to be re-held after an opposition victory in March, as protests sweep the city. 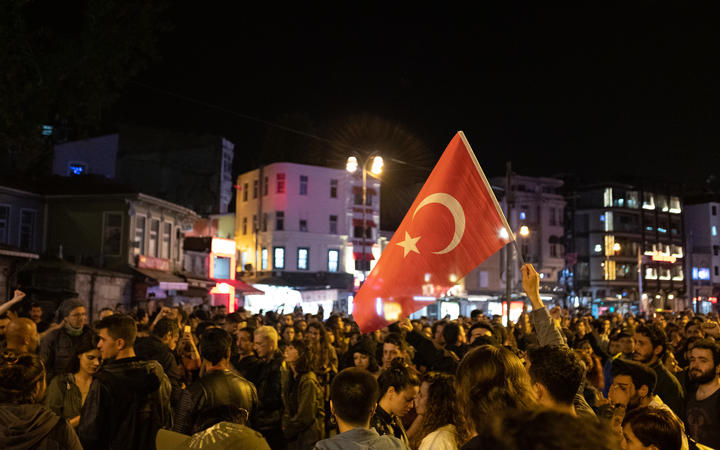 The vote, which will be held on 23 June, has sparked protests in the city. Hundreds of residents gathered in several districts of Istanbul on Monday, banging pots and pans and shouting anti-government slogans.

Preliminary results from the election showed Ekrem Imamoglu of the opposition CHP party had won the Istanbul mayoralty by about 25,000 votes, but the ruling AK Party put up victory posters across the city, challenged the results and ordered recounts in every Istanbul district.

President Recep Tayyip Erdogan's AKP claimed there were "irregularities and corruption" behind the opposition CHP's slim win, but Mr Imamoglu - who was confirmed as Istanbul's mayor in April - called the recount decision "treacherous".

The European Parliament also said the decision to re-run the election would end the credibility of democratic elections in Turkey. 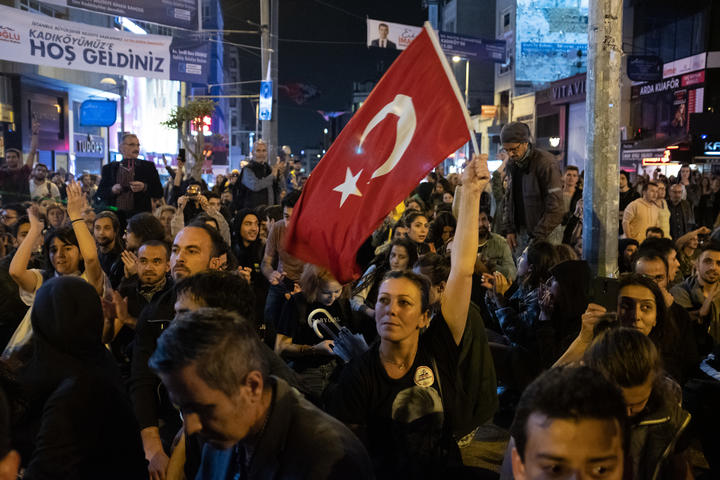 An AKP representative on the electoral board, Recep Ozel, said the re-run was called because some electoral officials were not civil servants and some result papers had not been signed.

CHP deputy chair Onursal Adiguzel said the re-run showed it was "illegal to win against the AK Party".

Mr Adiguzel tweeted that the decision was "plain dictatorship".

"This system that overrules the will of the people and disregards the law is neither democratic, nor legitimate," he wrote.

In a speech broadcast on social media, Mr Imamoglu condemned the electoral board, saying they were influenced by the ruling party.

"We will never compromise on our principles," he told the crowd. "This country is filled with 82 million patriots who will fight ... until the last moment for democracy." 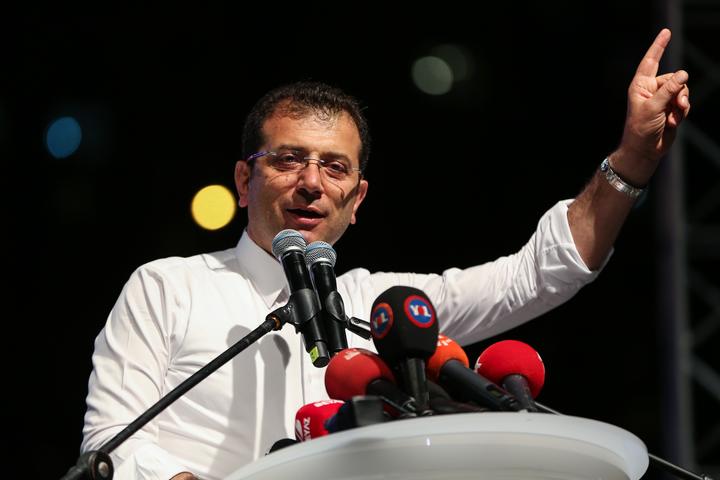 Istanbul mayor Ekrem Imamoglu addresses the crowd after the government's decision to rerun the election. His mayoral certificate has also been cancelled by the electoral council. Photo: AFP / Muhammed Enes Yildirim / Anadolu Agency

A supporters' group for Mr Imamoglu urged restraint, saying: "Let's stand together, let's be calm ... we will win, we will win again."

Municipal elections took place across Turkey on 31 March and were seen as a referendum on Mr Erdogan's leadership amid a sharp economic downturn.

Although an AKP Party-led alliance won 51 percent of the vote nationwide, the secularist CHP claimed victory in the capital Ankara, Izmir, and in Istanbul - where Mr Erdogan had once been mayor.

The ruling party has since challenged the results in Ankara and Istanbul, which has prompted opposition accusations that they are trying to steal the election.