Hundreds of New Zealanders and Australians have attended the dawn service at Anzac Cove in Gallipoli in the past few hours. 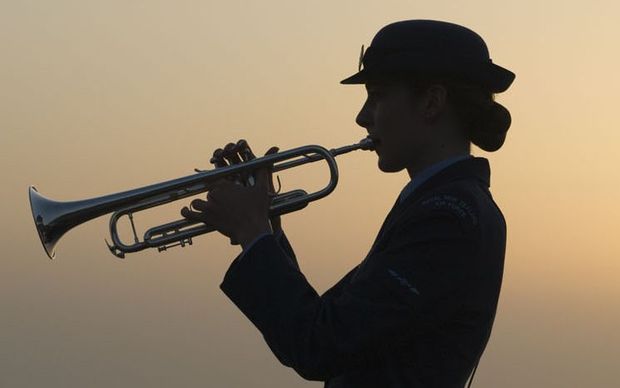 The service went ahead after earlier a man was arrested for threatening to carry out a terrorist attack.

Representing New Zealand at the service, Parliament's Speaker Trevor Mallard told the crowd that the experiences shared by New Zealanders and Australians at the Gallipoli landing in 1915 have come to symbolise much about the two countries.

"Anzac Cove continues to have a special place in the hearts of all of us, and it informs our rejection of extremism, and of terrorism, whether in occurs in Turkey, in Australia, in New Zealand or in Sri Lanka" he said.

Trevor Mallard said the ties between the countries were cemented on the endearing values of courage, perseverance, sacrifice and mateship.

The Australian chief of defence Angus Campbell also spoke of the links between the two countries.

"Turkey, New Zealand and Australia are forever connected by our shared history in this place, by a campaign that began for us at dawn on the 25th of April 1915 and at dawn on this day for more than a century we have gathered in cities and towns across Australia, and New Zealand and across the world to remember them."

A New Zealand journalist, Ashleigh Stewart, was at the ceremony and said the experience was very moving.

"They had on the big screen ... a few slides of men's names who had come and died here and things like that, that set a few people off to begin with," she said.

"But the last post is probably the most emotional as you can probably guess."

Earlier, a Syrian man, Abdulkarim Hilef, was detained close to the Gallipoli peninsula.

The Turkish authorities believed he was planning to bomb or drive a car into the crowds at the service.

The site was temporarily evacuated so that the area could be searched, but no threats were found.

Marking the Turkish connection from home

About 300 people gathered at the Ataturk Memorial in Wellington on the afternoon of Anzac Day for a service commemorating the partnership between the Anzacs and Turkey.

Built upon terrain resembling that of the Gallipolli coastline, Turkish and New Zealand flags flew at Tarakena Bay as the Green Party co-leader James Shaw addressed the crowd.

Mr Shaw said he is grateful for the messages of support from Turkey following the Christchurch terror attack, and said the two countries remained close.

"In times of war we're encouraged to think in terms of 'us' and 'them'. A lesson that we carry from Gallipoli is that it is friendship not conflict which has endured."

Mr Shaw said it was Mustafa Kemal Ataturk, the first leader of the republic of Turkey and a Gallipoli veteran, who had held out his hand and started the friendship between the two nations.

He had been impressed with how the nation stared hate down and refused to give an inch to racism. And said that response to the turmoil was also a reminder of the history shared by New Zealand and Turkey.

"Those who were taken from all of us by war in Gallipoli faced the same horrors of war, but had the same courage, sacrificed the same injuries, but shared in the same resilience.

"They all fought for their country, made the same sacrifice, and now lie in the same patch of land."