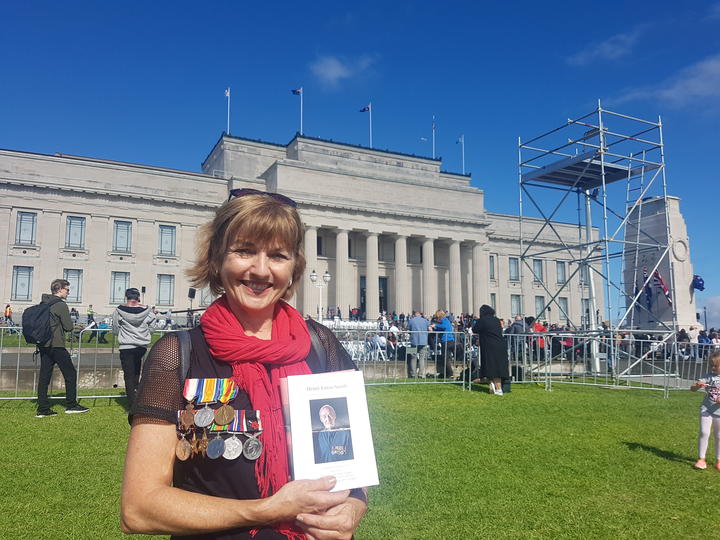 Janine Houghton holding a picture of her father Henry Smith, who served in Italy and died 18 months ago. Photo: RNZ / Jordan Bond

Both of Janine Houghton's grandfathers served in World War I, and her father in World War II and she attended both the Dawn and Civic Services at the Auckland War Memorial Museum.

One grandfather was with the British forces, and he met New Zealanders who told him how great the country was, prompting him to move here after the war.

Her father Henry Smith, who served in Italy and died 18 months ago, had a medal for bravery, which Ms Houghton was proudly wearing.

She was at both the dawn and civic services at the Auckland War Memorial Museum.

"I thought they were both really lovely, and quite poignant with what's happened recently. It brings to mind that we want to keep those ideals that our parents and grandparents fought for."

And the daughter of a veteran held prisoner by the Germans described this morning's Anzac service as moving and emotional.

Hilda Davidson's father was captured and was a Prisoner of War, and survived a mistaken attack by the British which killed his friends.

She was wearing the medals he was awarded.

Wearing a Gallipoli sweatshirt, Ms Davidson says the service was special and brought back memories of the Anzac service she attended in Turkey.

Two of her great uncles died at Chunuk Bair, and she was selected to help at the Gallipoli Anzac service in 2010. 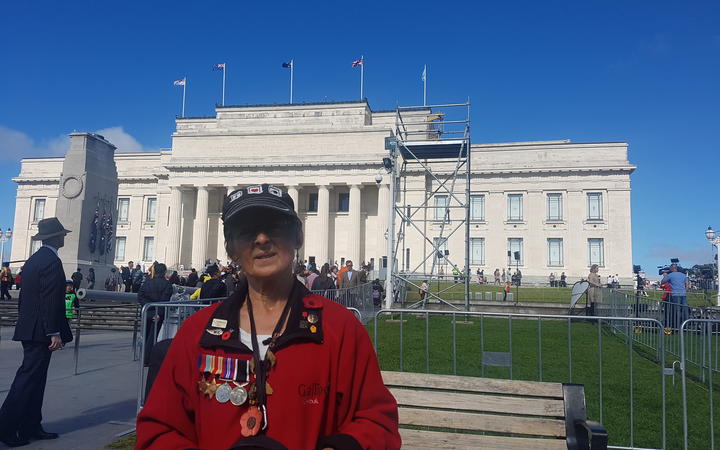 The number of Anzac Day commemorative events was this year reduced by two-thirds in the Auckland region to just 26 following security advice from the police in the wake of the Christchurch attacks.

More than 1000 people attended the city's largest civic service at Auckland Domain amid heightened security which included police officers on top of the Auckland War Memorial Museum observing the scene.

Prince William and the prime minister attended and laid wreaths of remembrance in front of the War Memorial Museum.

The Duke of Cambridge placed it on behalf of the Queen, but did not speak at the service. He is in Christchurch this afternoon to meet families of victims and survivors of the attacks.

Ms Ardern spoke at the Auckland service saying we must never take for granted the principles of "freedom, democracy and peace".