Millions of people have voted in Turkey's local elections, which are widely seen as a referendum on President Recep Tayyip Erdogan. 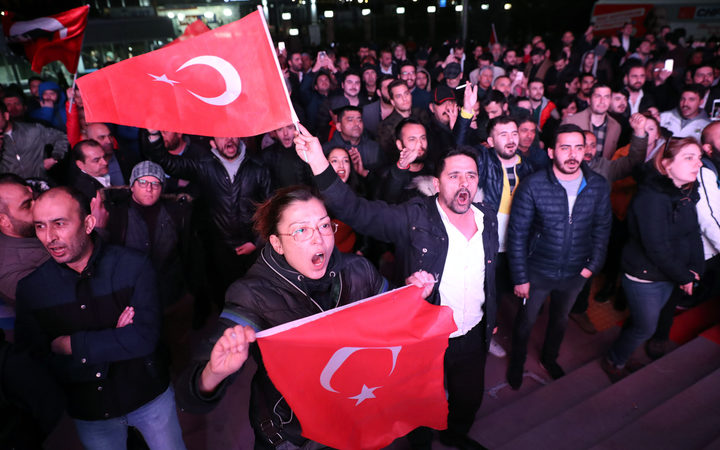 In Istanbul, BBC Turkey correspondent Mark Lowen says, the result is too close to call - but some reports are putting the governing AK Party ahead.

More than 57 million were registered to vote for mayors and councillors.

The poll came amidst an economic downturn. The country is in recession, inflation is at 20 percent and the lira has plunged by a third in value.

Mr Erdogan said the poll was about the "survival" of the country and his AK Party (Justice and Development Party, AKP), which has dominated politics for 16 years.

In election-related violence, dozens of people were injured in clashes across Turkey. Two people were shot dead at a polling station in the eastern city of Malatya. Local reports say a fight broke out after a man refused to use a polling booth, preferring to vote in the open.

President Erdogan has been Turkey's most popular and most divisive leader in modern history. 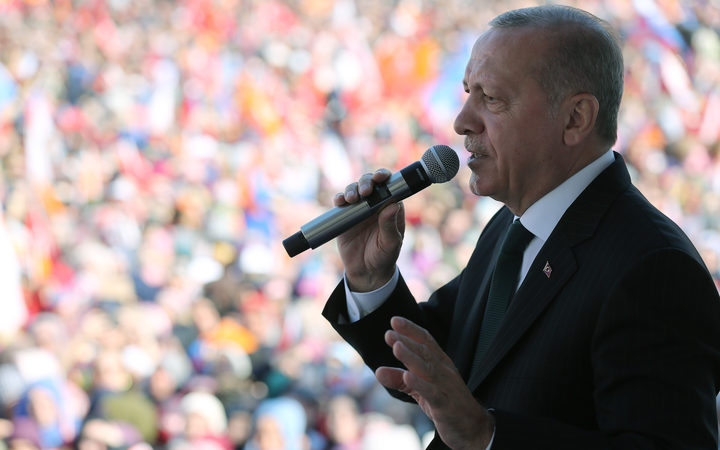 However, with the state of the economy after a recent currency crisis and an increase in unemployment and inflation, some voters had seemed ready to punish Mr Erdogan and AKP in the polls.

"Citizens are suffering because of the economic problems," said one voter to news agency AFP at an opposition rally. "I'm a trader, I'm retired, but I've never seen a downturn like this."

The BBC's Mark Lowen says the AKP is in danger of losing key cities where opposition parties have come together in a rare act of unity in a polarised country.

Polls have shown a tight contest in Ankara between the CHP mayoral candidate Mansur Yavas and AKP candidate Mehmet Ozhaseki.

"I was actually not going to vote today," a voter in the capital told Reuters, "but when I saw how much [AKP] are flailing, I thought this might be time to land them a blow."

The 47-year-old added, "Everyone is unhappy. Everyone is struggling."

The AKP have won every election since coming to power in 2002, but analysts say this is the first time the party is no longer confident of its success.

With most media either pro-government or controlled by Mr Erdogan's supporters, critics believe opposition parties campaigned at a disadvantage.

Some of its leaders have been jailed on terror charges, accusations they reject.

Mr Erdogan's rallies have dominated TV coverage. At one on Saturday, the president sought to reassure voters and the party's usually conservative supporters that everything was under control.

"I am the boss of the economy right now as president of this country," he said, also blaming the West and particularly the US for its financial turbulence.

The president was criticised for repeatedly showing footage from the recent terror attack in New Zealand, in which a self-declared white supremacist live-streamed himself killing 50 people at two Christchurch mosques.

He warned citizens of New Zealand Australia coming to Turkey with anti-Muslim sentiments they would be sent back in boxes, sparking a diplomatic row after invoking memories of Turkey's dead in the battle of Gallipoli by Australian and New Zealand forces in 1915.