Shares of vegan burger maker Beyond Meat soared on their Wall Street debut as investors bet on the growing popularity of plant-based foods. 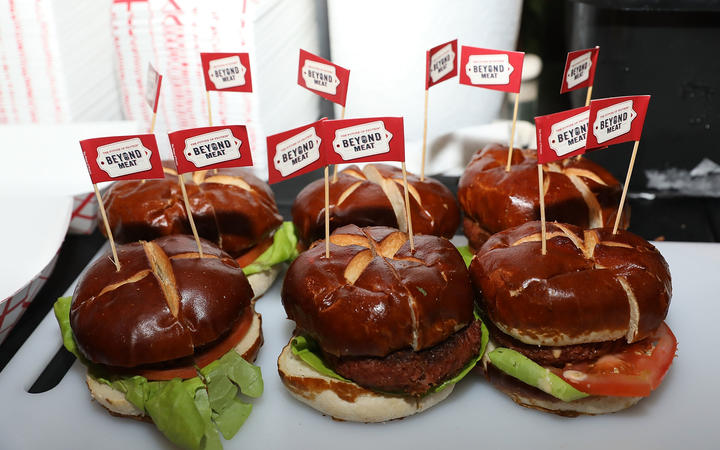 The Beyond Burger made from Beyond Meat being served in the US. Photo: AFP

The stock closed up 163 percent on the first day of trading, valuing the California company at close to $US3.8 billion ($NZ5.74b).

Beyond Meat's shares were priced at $US25 each at the start of trading, but touched $US72 during the trading day before closing at $US65.75.

The company has aggressive plans to expand sales outside the US.

Money raised from the listing will give Beyond Meat the firepower to compete with other rivals in the increasingly crowded fake meat market, which includes Silicon Valley start-up Impossible Foods.

Speaking at the stock market launch on the Nasdaq exchange, Beyond Meat founder and chief executive Ethan Brown called plant-based meat an "enormous opportunity for economic growth in rural America and throughout the world". 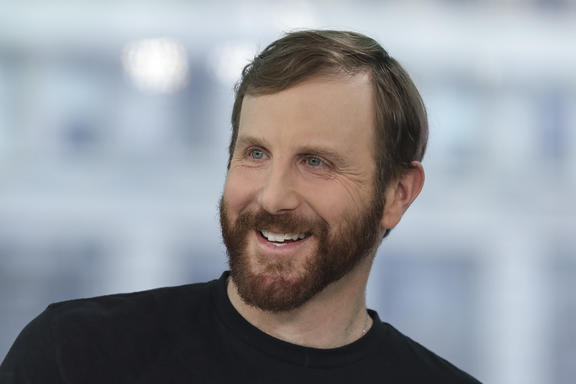 Tyson Foods, the biggest US meat processor, owned a 6.5 percent stake in Beyond Meat, but last week said it sold its holding, as it looks to develop its own line of alternative protein products.

Burger King and Impossible Foods last month started selling their vegan burger Impossible Whopper in 59 stores in and around St. Louis, Missouri, with nationwide sales expected by the end of the year.

Beyond Meat creates substitutes for meat by using ingredients that mimic the composition of animal-based meat, like proteins from peas, fava beans and soy.

About 70 percent of the company's revenues are generated by its flagship Beyond Burger patties, and it also sells imitation sausages and vegan ground beef.

Beyond Meat, which has yet to make a profit, has started selling products in the UK as more supermarkets fill their shelves with meat alternatives. Beyond Burger was originally due to be introduced in the UK at 350 Tesco stores last August, but that was delayed by three months because of supply issues.

Waitrose started a dedicated vegan section in more than 130 shops last year and Iceland reported sales of its plant-based foods rising by 10 percent in a year.

In 2018, some $US50 million of Beyond Meat's revenues came from retail sales, including at Amazon's Whole Foods Market and Kroger Co supermarkets, while some $US37m was generated at restaurants.

According to regulatory documents ahead of the stock market debut, Beyond Meat's net loss narrowed marginally to $US29.9m in the year ended 31 December, from $US30.4m a year earlier.

Net revenue more than doubled to $US87.9m in the same period.