What do we do? Agriculture in the age of synthetic food

Meatless meats and milkless milks seem to be just over the horizon and with many companies aiming to undercut the price of the ‘real’ stuff there’s the potential for a real threat to the New Zealand economy.

In this special episode of Our Changing World, William Ray investigates. 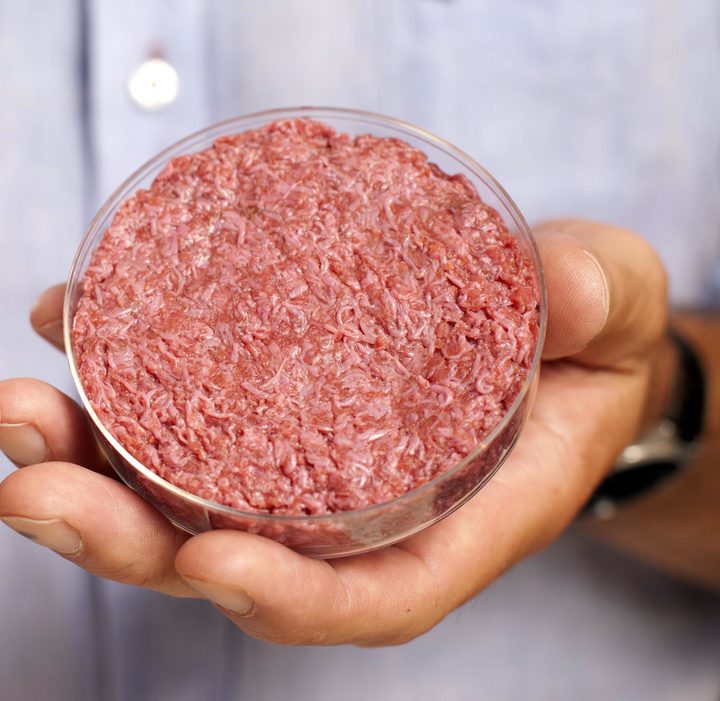 “We’ve got chicken or beef!” yells comedian Ben Hurley from an ad in my Facebook feed (cue sound effects for clucking chickens and mooing cattle).

“Wow, that’s absolutely delicious!” gushes a smiling stranger, which is the only polite response when someone hands you a free taco and pushes a microphone into your face.

“That’s crazy! That’s amazing!” enthuses the stranger around a mouthful of taco.

You’ve probably already seen ads like this pop up on your social media feeds - and you may even have spotted meatless meats in your supermarket freezers.

For now, these plant-based proteins and alternative milk products are significantly more expensive than the real stuff. But that may not be the case for much longer.

"Their goal is to come in and compete on price, and come in and undercut those commodity prices,” says food technology futurist Rosie Bosworth.

Of course, not everyone agrees. Responding to PM’s Science Advisor Peter Gluckman’s warnings about the “existential risk” of future food technologies to New Zealand dairy, Fonterra released a statement:

"Milk from cows provides a natural and complex mixture of proteins, fats, minerals and other nutrients, which will be almost impossible to manufacture, so there will always be a global, growing market for dairy.”

But with billionaire investors like Bill Gates and Richard Branson pouring tens of millions into lab-grown and plant-based protein start-ups, it is worth considering what New Zealand should do if Fonterra is proven wrong. 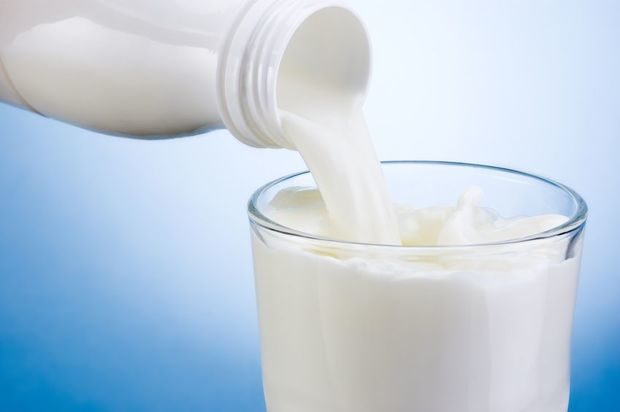 The chief strategy, endorsed by most of the big moves and shakers in agriculture, is to pursue the premium end of the market.

“We can only feed 40 million people,” Agriculture Minister Damien O’Connor says. “[But] there are more than 40 million people in the world who want to connect to what has been a natural product through thousands of years of human development.”

“New Zealand’s in a good position," he says.

"We kind of lead the world in terms of carbon efficiency for our cows, world leading animal welfare regulations. There’s a lot of things we’re already ahead of the curve on.”

To summarise, the argument is that there is likely to be a significant ‘ick factor’ from consumers towards drinking ‘milk’ grown in vats or ‘meat’ cultured from stem cells. Therefore, doubling down on New Zealand’s ‘clean, green, natural, grass-fed’ branding will increase the value of our products enough to offset any increased competition from new food technologies.

The problem is that these new products are not only pursuing the consumer market. They are also aiming for the ingredients market, which is where the vast majority of New Zealand’s dairy exports are sold.

“We don’t ourselves have a lot of a say in what the ingredients are,” says Angus Robson, a Waikato-based engineer and innovator who sits on Landcorp’s environmental steering group.

“If, for example, a chocolate maker wants to substitute New Zealand milk powder, which costs them $3000 a tonne, for artificial milk powder, which may cost them $2000, [the consumer] would never notice. But it makes an enormous difference to whether we can sell our milk powder.”

We’ve already seen with genetically modified (GM) organisms, that while the ‘ick factor’ for consumers can be strong with raw products like fruit and vegetables, many people are happy to eat processed foods with those ‘icky’ ingredients in them. Witness the number of products on your supermarket shelves containing GM soy.

And as business journalist Rod Oram explains, in order to turn a profit on premium products, meat and dairy producers still have to sell a lot of non-premium product into the ingredient market.

“You couldn’t possibly afford to farm cattle for meat or sheep for meat if you were only going to be selling some exquisite part of that animal,” Mr Oram says.

“Even if you look at the premium product which has the biggest volume, infant formula, you’re still taking only a small part of that milk to get the parts you want. Conversely, these new technologies have no residual raw material.” 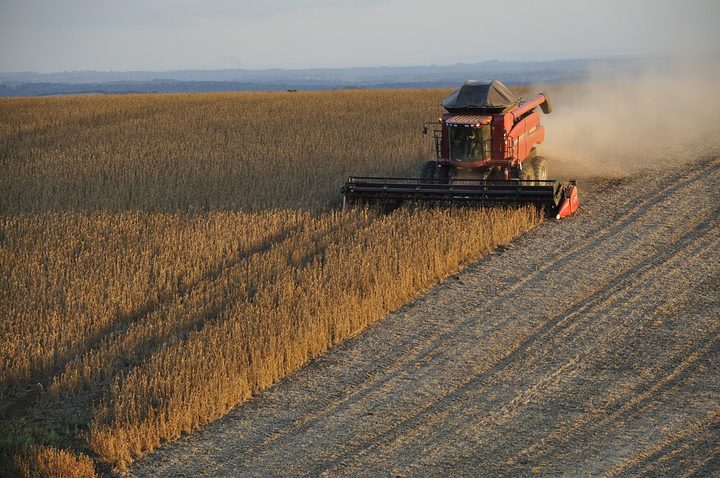 New Zealand is ill suited for crops like soy which are used to make plant-based protein products Photo: Creative Commons

If you can’t beat them, join them

So if pursuing premium is Plan A, what’s Plan B?

But Dr Keith Woodford, who’s an honorary Professor of Agri-Food Systems at Lincoln University, says the difficulty in the ‘if you can’t beat them, join them’ approach is the kind of plants these plant-based proteins are made from.

"There’s no way we can produce wheat or sunflowers or any of the broad acre crops at a competitive price relative to, for example, the United States” says Dr Woodford.

The issue, says Dr Woodford, is that the same factors which make New Zealand ideal for pasture are significant obstacles to plant-based proteins.

“The reason pastoral agriculture works so well in New Zealand is we have such a bountiful rainfall and that makes the grass grow for much of the year but when you come to grow cereal crops in New Zealand it’s actually expensive,” Dr Woodford says. “You often have to dry the crops, we have trouble with wet periods and with diseases in the crops as a result of that.”

Despite all that, Dr Woodford does think it’s worth New Zealand investing in research to underpin new plant based products. He’s actively involved in that research himself, and he’s not alone. 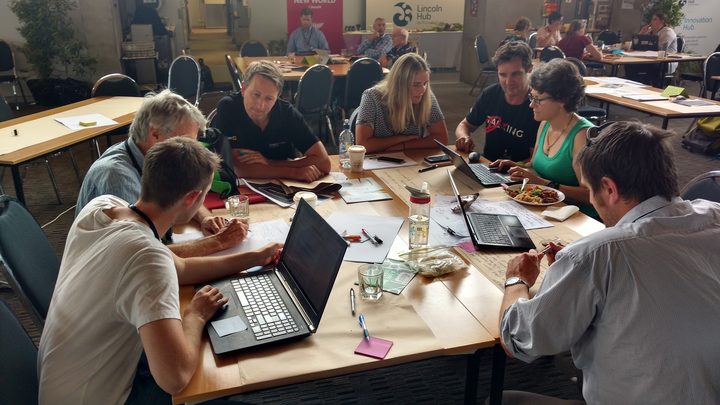 One of the teams participating in the Feed the World 2030: Power of Plants Hackathon Photo: RNZ / William Ray

“Please have your Google slides ready in 20 minutes!”

The announcement blares from a speaker to a large room full of increasingly anxious looking scientists, innovators and business people.

Banners are up around the walls with the logo ‘Feed the World 2030: Power of Plants Hackathon’.

Over one weekend 80 people split across 13 teams have been working feverishly on proposals to revolutionise New Zealand agriculture. It’s just a few minutes until they have to pitch their ideas to a panel of experts, with the hope of gathering more interest and funding to pursue them further.

“It is getting people together to stop and say ‘where is New Zealand’s play in the plant-based protein area?’” explains Sue Suckling, chair of Lincoln Hub and Callaghan Innovation, both sponsors of the event.

One of the teams at the Hackathon is investigating a 40 year old technology for extracting protein from plant leaves.

“Somebody said just by accident there was this hackathon thing,” says Rod McDonald, the retired Plant and Food scientist behind the technology. “So I accidentally came along and it’s been fabulous.

“When Rod McDonald was first working on this technology in the 1970s the focus was on getting the sugar out of the plants and converting it into biofuel - this was at the height of the oil shocks and fuel rationing.

But now the idea is to focus on the protein which can be extracted from plant leaves.

If all goes to plan, you could covert that protein into so-called “synthetic meat”, and you could also feed the fibre from the leaf to livestock as a cheap supplement and use the sugar as a biofuel to run the processing factories.

Another member of the team, Paul McGule from Landcorp, says they are chiefly interested in using plants like lucerne and red clover as a feedstock for the technology.

“Those two plants are legumes so you don’t need to use nitrogen fertiliser, which is very energy intensive,” Mr McGule explains “and it’s perennial so that means when we’re competing against other plant-based protein products it’s generally annual crops like soy, sugar cane, wheat, barley”

But perhaps the biggest advantage: unlike all of those crops you can grow lucerne and red clover pretty much anywhere grass grows.

“We do that well in a temperate climate” says Paul McGule.

Listen to the full Our Changing World podcast to hear more about the potential responses to the rise of alternative food products.

This podcast was produced with support from the Aotearoa New Zealand Science Journalism Fund.