A Queensland company is aiming to send a rocket into the stratosphere next month, the latest in a series of moves to increase commercial space launches from Australia. 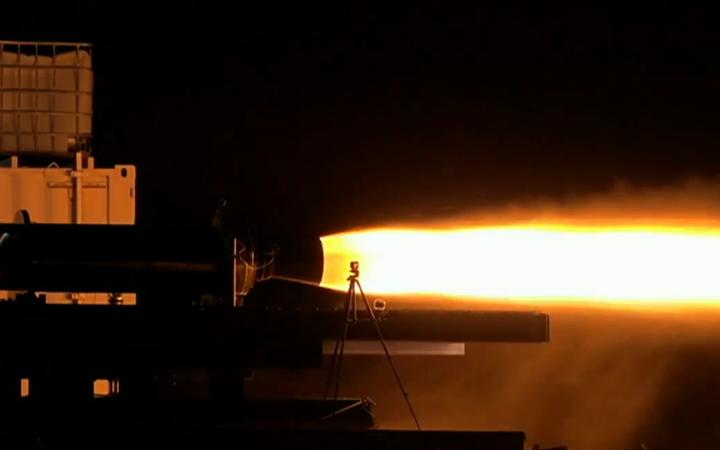 Gold Coast firm Gilmour Space Technologies' launch in May aims to fire a rocket 40km into the stratosphere from a remote location outside Mount Isa, the culmination of three years of research and development.

The company began life three years ago when Singapore-based banker Adam Gilmour decided to chase a dream with the backing of venture capital.

Gilmour Space Technologies has spent almost $6 million designing and building its nine-metre sub-orbital test rocket One Vision and the mobile launch tower that will send it into the heavens.

"The plan is, we're going after the small satellite market," Mr Gilmour said.

"There's about to be thousands of small satellites launched into orbit. It's begun already and it's going to accelerate."

These satellites will service a growing demand in space-based broadband, GPS, ground tracking as well as increasing wireless connectivity for the internet of things.

"Once we start manufacturing rockets to do production runs, we're going to need 200-300 employees for the initial batch," Mr Gilmour said.

The anticipated launch comes hot on the heels of another sub-orbital launch by BlackSky Aerospace in the southern Queensland outback last November that carried Australia's first commercial payload.

Queensland is vying with South Australia and the Northern Territory for a slice of a burgeoning space business expected to turn Australia into a regional rocket hub.

BlackSky director Blake Nikolic said his Jimboomba-based firm was developing propulsion fuels as well as rockets, and working with the US Government on an orbital rocket program.

He said BlackSky had "a series of launches" planned for later this year.

"Realistically within the next five years we're probably looking at 40 to 60 launches a year," Mr Nikolic said.

Both Gilmour and BlackSky have both working closely with the Queensland Government as it develops a blueprint for the space business.

Earlier this year, a Queensland parliamentary inquiry into the space industry recommended the government identify suitable sites for a launch facility.

State Development Minister Cameron Dick said the government was keen to work closely with the Australian Space Agency (ASA) in developing the industry.

"The Palaszczuk Government is determined to develop a strong, viable, nation-leading space industry and we have been in discussion with several proponents, including Gilmour Space Technologies, to grow the industry," Mr Dick said.

ASA deputy head Anthony Murfett told the ABC the nation's space economy was already worth about $3.9 billion a year, and his agency wanted to triple that, but the agency is stopping short of offering financial incentives or subsidies to help get those rockets off the ground.

"We'll focus at this stage on the regulatory activities ensuring safe operations of launch activities in Australia," Mr Murfett said.

Gilmour Space Technologies has letters of intent from mini-satellite makers in Japan, the US and Australia, and the company is being wooed by rocket launch sites in the Philippines, Sweden, Norway and the US.

"What we see is there's not enough rockets to take those small satellites into orbit and there's a big bottleneck," Mr Gilmour said.

"So we're addressing the bottleneck, and our other secondary mission, which is critical, is to do it for very cheap cost.

"We have very simple rockets that we can build for very low cost and we think that's going to differentiate us.

"We don't have to beat everybody in the world, we actually think there needs to be around 10 rocket companies of a similar size to us operating around the world to satisfy the demand."