Keeping up pressure for regime change in Venezuela, 15 US senators introduced bipartisan legislation on Wednesday to provide $US400 million ($NZ589.5m) in new aid to benefit the opposition, internationalize sanctions and ease penalties on officials who recognize a new government. 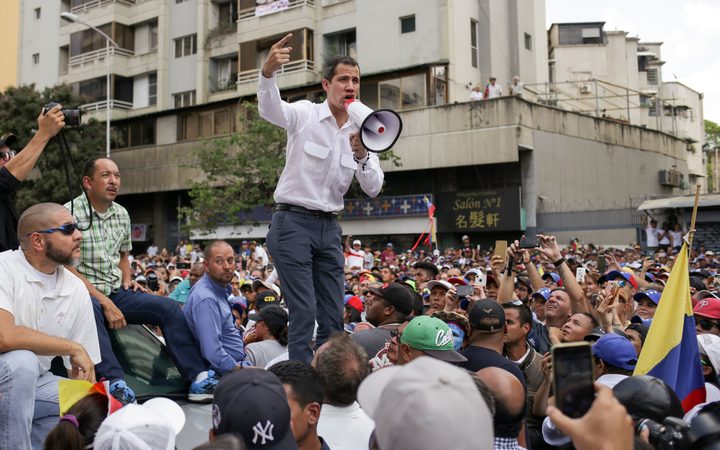 Senator Bob Menendez, ranking Democrat on the Foreign Relations Committee, led the bill. He said the act would "put teeth behind" support for the Venezuelan people and provide tools for a peaceful solution to the crisis in the OPEC nation.

"This legislation will offer needed humanitarian assistance and support for Venezuela's long path to democratic order," said Republican Senator Marco Rubio, another sponsor, who has worked closely with Mr Trump on Venezuela.

It would also revoke US visas for relatives of sanctioned Venezuelans, remove sanctions on officials not involved in human rights abuses if they recognize Mr Guaido, and require work with Latin American and European governments to implement their own sanctions.

The bill would not provide temporary protected immigration status, or TPS, which would allow 70,000 Venezuelans already in the United States to remain. TPS proposals have faced some opposition in the Trump administration, which takes a hard line on immigration.

He said the bill stood an excellent chance of moving ahead in the Senate, given its bipartisan support. "It sends Maduro a message, as well as Russia and China that are helping to prop up Maduro," Mr Menendez said.

That level of bipartisan support is not typical of major legislation in the current, fiercely partisan, Congress.