Venezuela's President Nicolás Maduro has praised the armed forces for staying loyal to him and defeating a "coup" led by the US and opposition leader Juan Guaidó. 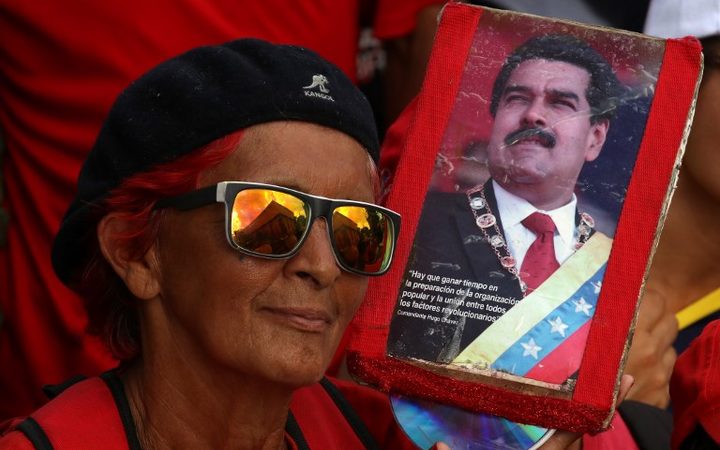 One of Mr Maduro's supporters makes her feelings clear at the latest rally to support the beleaguered president. Photo: AFP

During a rally, Mr Maduro also blamed Venezuela's widespread power cuts on "cyber attacks" by the opposition. His remarks came during a day of protests in the country by pro-government and opposition groups.

In the capital Caracas, some supporters of Mr Guaidó scuffled with police.

Mr Maduro has retained the support of the military and close allies including Russia and China since Mr Guaidó declared himself interim president on 23 January.

Guaido 'a US puppet' - Maduro

Speaking outside the Miraflores presidential palace, Mr Maduro referred to Mr Guaidó as "a clown and a puppet" of the United States.

"They invited the armed forces to carry out a military coup and their reply was clear - they have defeated the coup plotters," he said.

Meanwhile, police were out in force during an opposition march in the city. Some protesters pushed against police in riot gear shouting "murderers" and officers responded by firing pepper spray at them. 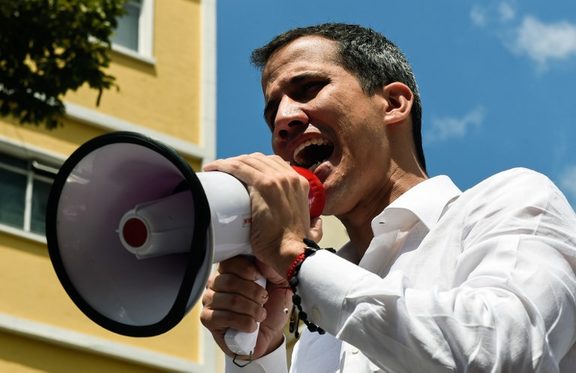 Addressing the opposition's rally, Mr Guaidó announced he would embark on a tour of the country and summon all his supporters to attend a mass protest in Caracas "very soon".

"We are going to come, all of Venezuela to Caracas, because we need all of them united," he said.

Mr Guaidó, who leads the opposition-controlled National Assembly, has been recognised as interim president by more than 50 countries.

Plunged back into darkness

At the end of what had been one of Venezuela's more fraught days of the recent period of political upheaval, the lights went out again. Caracas was plunged back into darkness with the vast majority of the city still without power. Issues are being reported from other cities elsewhere in the country too.

The widespread power cuts since Thursday have reportedly been caused by problems at the Guri hydroelectric plant in Bolivar state - one of the largest such facilities in Latin America.

A fresh blackout struck on Saturday, El Nacional newspaper reported, cutting power to many areas where it had previously been restored.

In Caracas, traffic lights in some areas were back in action but the city's metro remained closed, reports said.

Venezuela depends on its vast hydroelectric infrastructure, rather than its oil reserves, for its domestic electricity supply. But decades of underinvestment have damaged the major dams, and sporadic blackouts are commonplace. 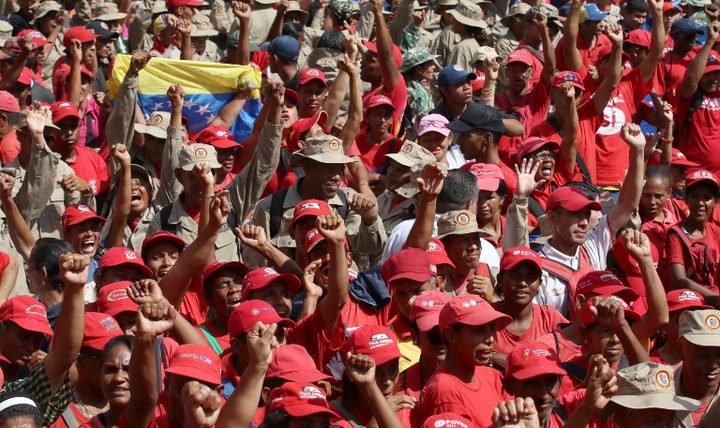 People gather in front of the Miraflores Palace during a meeting n support of Venezuelan President Nicolas Maduro, in Caracas, Venezuela. Photo: AFP

President Maduro said on Saturday that electrical substations had been under cyber attack with "the support and assistance of the US".

He told supporters that almost 70 percent of power had been restored but at midday there was another "attack at one of the generators that was working perfectly and that disturbed and undid everything we had achieved".

"We have evidence and they will be held accountable," the Venezuelan premier added. "We will also introduce new measures to protect our electrical system from hackers."

Mr Guaidó has blamed the blackouts on years of under-investment.

Chaos at some hospitals

On Friday, some hospitals saw chaotic scenes as relatives tried to move patients in the dark to other medical facilities with emergency power generators.

In Caracas's University Hospital, 25-year-old patient Marielsi Aray died after her respirator stopped working. "The doctors tried to help her by pumping manually, they did everything they could, but with no electricity, what were they to do?" said her uncle Jose Lugo.

Venezuela is fast becoming ungovernable, with two men claiming legitimacy as president and a population caught in the middle, growing increasingly desperate for the return of electricity and basic services.