Rival demonstrations are taking place in Venezuela in response to calls by opposition leader Juan Guaidó and President Nicolás Maduro. 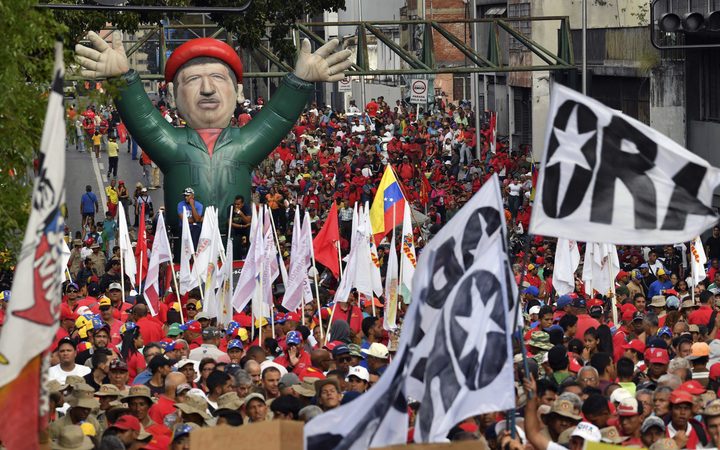 In the capital Caracas, some supporters of Mr Guaidó clashed with police who responded with pepper spray.

Mr Guaidó declared himself interim president on 23 January and has been at loggerheads with Mr Maduro ever since.

Saturday's protests follow widespread power cuts that have affected much of Venezuela since Thursday.

Mr Guaidó, who leads the opposition-controlled National Assembly, has been recognised as interim president by more than 50 countries. However, Mr Maduro retains the support of the military and close allies including Russia and China.

On Saturday, police were out in force on the road where the opposition march was taking place.

Some protesters pushed against police in riot gear shouting "murderers" and the officers responded by firing pepper spray at them.

In a defiant tweet early on Saturday, President Maduro vowed to battle the "brutal aggression against our people", adding: "We will never surrender."

President Maduro has accused Mr Guaidó of trying to mount a coup against him with the help of "US imperialists".

Mr Maduro took over the presidency when his late mentor Hugo Chavez died in 2013. In recent years Venezuela has experienced economic collapse, with severe food shortages and inflation reaching at least 800,000% last year.

The Maduro government is becoming increasingly isolated as more and more countries blame it for the economic crisis, which has prompted more than three million people to leave Venezuela.

What happened with the power cuts?

The widespread power cuts have reportedly been caused by problems at the Guri hydroelectric plant in Bolivar state - one of the largest such facilities in Latin America.

A fresh blackout struck on Saturday, El Nacional newspaper reported, cutting power to many areas where it had previously been restored.

In Caracas, traffic lights in some areas were back in action but the city's metro remained closed, reports said.

Venezuela depends on its vast hydroelectric infrastructure, rather than its oil reserves, for its domestic electricity supply. But decades of underinvestment have damaged the major dams, and sporadic blackouts are commonplace. 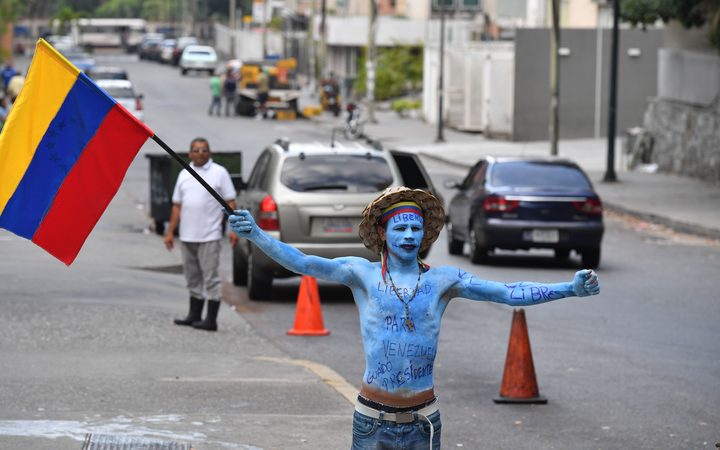 Mr Maduro accused the opposition of sabotage while his deputy, Delcy Rodriguez, condemned what she called an "imperial electrical war".

Mr Guaidó hit back, urging Venezuelans to demonstrate on Saturday "against the usurping, corrupt and incompetent regime that has put our country in the dark".

He said the blackout was the result of years of under-investment and told a gathering marking International Women's Day that it could not be normal that "50% of hospitals in the country don't have an electric plant".

On Friday, some hospitals saw chaotic scenes as relatives tried to move patients in the dark to other medical facilities with emergency power generators.

"The doctors tried to help her by pumping manually, they did everything they could, but with no electricity, what were they to do?" said her uncle Jose Lugo.

Critics say power cuts have been getting worse since the nationalisation of the national grid in 2007. In 2016, the problem reached such a critical level that the government declared a 60-day nationwide state of emergency.

In an attempt to stem the country's chronic power shortages, the government has periodically enforced controlled blackouts, where they would switch the power off for up to six hours at a time.

Some say that far from helping, this has caused perishable food to go bad and crime to run rampant. And when unplanned blackouts - such as the latest one - have happened, officials have blamed a number of different outside forces, including animals such as iguanas entering hydroelectric substations.