At least two people have been killed and several others injured in clashes near Venezuela's border with Brazil, local media report. 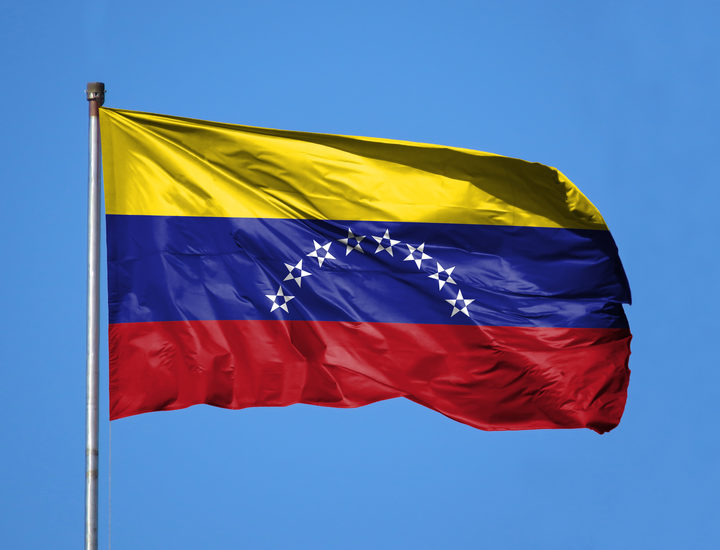 Venezuelan security forces opened fire on a group of civilians who tried to prevent them from blocking the border.

President Nicolás Maduro has closed the country's border with Brazil amid a row over the delivery of humanitarian aid.

The incident came as thousands attended two rival concerts on either side of a bridge linking Venezuela and Colombia.

The clashes occurred when members of the community confronted Venezuelan troops on Friday morning in the southern Venezuelan town of Kumarakapay, AFP news agency reports.

Troops then opened fire on individuals who tried to block a road with the aim of preventing military vehicles from passing, witnesses said.

A local woman and her husband were killed, according to the human rights group Kapé Kapé.

Venezuela is in the grip of a political and economic crisis. The country's inflation rate has seen prices soar, leaving many Venezuelans struggling to afford basic items such as food, toiletries and medicine.

Around 2.7 million people have fled the country since 2015.

A lack of basic items has left thousands of others at risk of dying, Mr Guaidó said.

Humanitarian aid for Venezuela has been arriving at the borders of neighbouring Colombia and Brazil.

Mr Guaidó and his allies hope to collect the relief gathered there on Saturday, in defiance of President Maduro, who denies any crisis and calls the aid plans a US-orchestrated show.

President Maduro has said he could also shut the border with Colombia to stop the opposition bringing in aid.

The concerts, which are being held just 300 metres apart, represent two opposing sides of the power struggle between President Maduro and Mr Guaidó, who is recognised as the country's interim leader by dozens of countries, including the US and most Latin American nations.

One of the concerts, Venezuela Aid Live, was organised by British entrepreneur Sir Richard Branson, who said Mr Guaidó had asked him to set it up.

It was held near the Tienditas bridge crossing on the Colombian side of the border at Cúcuta. Organisers invited 32 artists including Latin stars Rudy Mancuso, Juanes and Despacito singer Luis Fonsi, and Swedish DJ Alesso.

Among them were the presidents of Colombia, Chile and Paraguay, along with Mr Guaidó, who defied a travel ban by President Maduro.

"This concert is a humanitarian concert; every country, all people in the world want freedom," Mr Branson said.

"Anybody that does anything for the right reasons is always going to get criticism. The positive thing is that 99 per cent of people around the world are embracing what is going on here today."

YouTube, Bing and Google services were all temporarily blocked in Venezuela during the Live Aid concert, according to Netblocks - a non-governmental organization that tracks internet blackouts.

Following news of the event, President Maduro promised to hold a rival concert on the Venezuelan side of the bridge - a three-day festival which has been dubbed Hands Off Venezuela.

The government still has not announced an official line-up for Hands Off Venezuela, but unconfirmed reports claim that about 150 artists are taking part.

Brazil, which recognizes Mr Guaidó as Venezuela's legitimate leader, had previously vowed to make humanitarian aid available in the Brazilian city of Pacaraima, to be collected by opposition supporters.

Planes and trucks carrying tonnes of US aid were parked on the Colombian side of the Tienditas bridge, but President Maduro refused to allow the aid into Venezuela. He claimed it was part of a ploy by the US to invade the country.

Despite denying that there is a humanitarian crisis at all, President Maduro reportedly received a shipment of aid from Russia earlier this week, according to Russian state media.

Moscow has accused Washington of using aid as a "convenient pretext for conducting military action."

According to RIA Novosti, Russia's foreign ministry spokesperson Maria Zakharova told reporters that "in preparation for the provocation", America was deploying "special forces and equipment near Venezuelan territory."

It is not yet clear how the aid could get in. Mr Guaidó said he plans to get aid into the country on Saturday by urging Venezuelans to mobilise en masse and form "caravans" and a "humanitarian avalanche" at the borders.

But even with this effort, it is uncertain whether or not aid will be allowed in.

A spokesman for Mr Branson told the BBC that he was working with the Colombian entrepreneur Bruno Ocampo to organise the concert and sort out the logistics while Mr Ocampo said the details "remain confidential".