Joe Biden has pledged to be "more mindful" about physical contact with women, hoping to draw a line under a controversy that has clouded his expected White House bid. 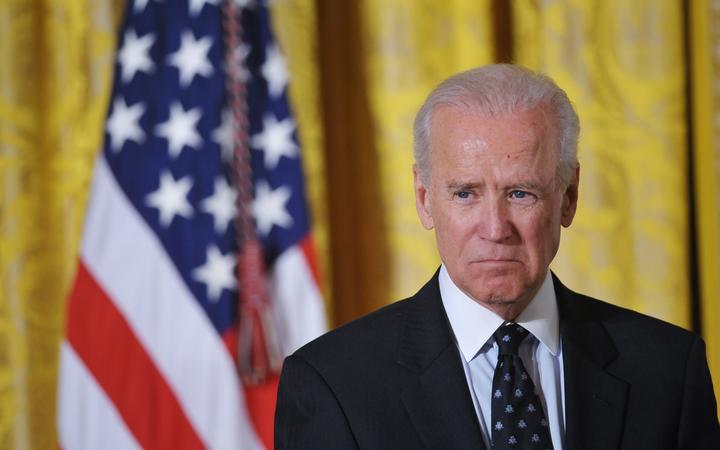 The former US vice president posted a video on Twitter saying he will in future respect personal space.

Mr Biden stressed he has only ever intended to build a "human connection" rather than make anyone uncomfortable.

He has not yet announced whether he will join the 2020 Democratic field.

"Social norms are changing, I understand that, and I've heard what these women are saying," Mr Biden, 76, said in a tweet accompanying the video, which looked like it had been recorded on a mobile phone.

In the clip, Mr Biden acknowledged being hands-on with constituents throughout his long career in politics.

"It's the way I've always been, it's the way I try to show I care about them and I'm listening," he said.

But Mr Biden acknowledged his past behaviour may not meet contemporary standards.

"The boundaries of protecting personal space have been reset," he said. "I understand it and I'll be much more mindful."

Social norms are changing. I understand that, and I’ve heard what these women are saying. Politics to me has always been about making connections, but I will be more mindful about respecting personal space in the future. That’s my responsibility and I will meet it. pic.twitter.com/Ya2mf5ODts

His statement follows accusations against him of unwelcome touching from four women in recent days.

Lucy Flores, a former Nevada state assembly member, last week said that Mr Biden had kissed her on the back of the head at a 2014 campaign event.

This week a second woman, Amy Lappos, said Mr Biden had rubbed noses with her at a fundraiser in 2009.

On Tuesday, Caitlyn Caruso, a 22-year-old former college student, told the New York Times that at an event three years ago Mr Biden rested his hand on her thigh "even as she squirmed in her seat to show her discomfort".

A 59-year-old writer, DJ Hill, told the newspaper that at a fundraising event in 2012 Mr Biden put his hand on her shoulder and then started dropping it down her back, which made her "very uncomfortable".

Mr Biden's spokesman said earlier this week that neither the former vice-president nor his staff had had any idea that Ms Flores felt uncomfortable during her interaction with him. 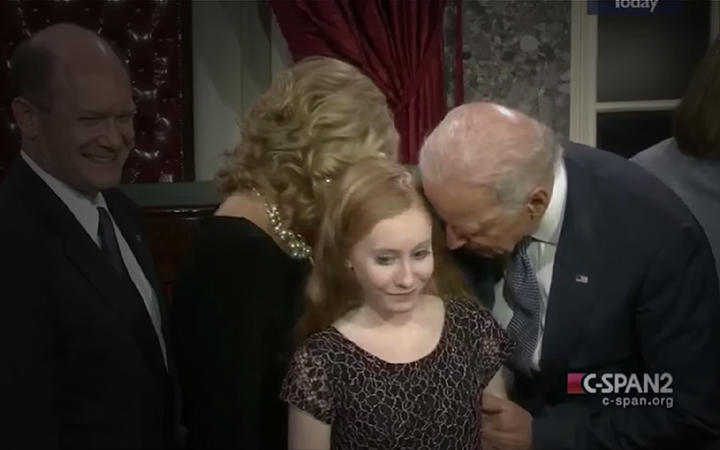 Joe Biden says his past behaviour may not meet contemporary standards. Photo: C-SPAN

The veteran Delaware politician himself issued a statement this week, vowing to "pay attention" to Ms Flores, while maintaining he did not remember the incident.

The reaction among Democrats toward Mr Biden has been mixed.

But House of Representatives Speaker Nancy Pelosi defended him, saying the allegations should not disqualify a presidential run.

In the wake of the controversy, a pro-Trump political action committee, the Great America, released a video titled "Creepy Joe Biden".

The video, which uses cable TV footage of Ms Flores, suggests the former vice president is setting a bad example for US children.

President Donald Trump has been taunting Mr Biden, suggesting the accusations were put forward by the Democratic party's left wing.

"He's being taken care of pretty well by the socialists," Mr Trump told a National Republican Congressional Committee on Tuesday evening. "They got to him."

More than a dozen women have previously accused Mr Trump of sexual misconduct.