Prime Minister Theresa May says she will ask the European Union for a further delay to Brexit beyond 12 April to give her time to sit down with the opposition Labour Party in a bid to break the impasse over leaving the EU. 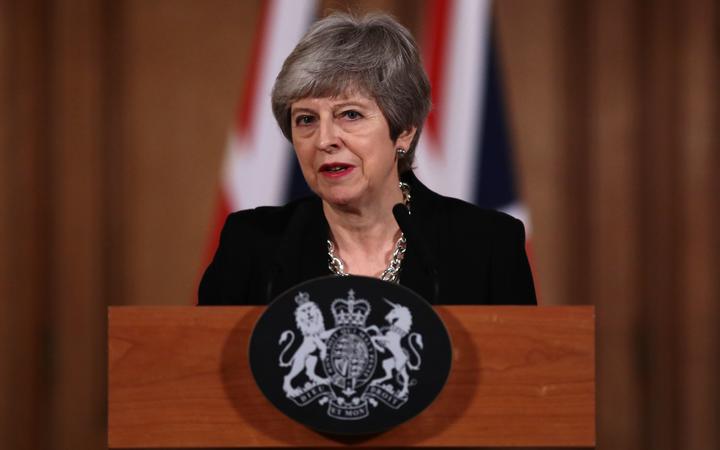 Theresa May said she understood some people were so fed up with endless arguments they would prefer to leave without a deal, but that leaving with a deal was "the best solution". Photo: AFP

Mrs May was speaking after meeting with Cabinet ministers at Downing Street for more than seven hours.

"We will need a further extension of Article 50, one that is as short as possible and which ends when we pass a deal," she said.

"And we need to be clear what such an extension is for, to ensure we leave in a timely and orderly way."

"I am offering to sit down with the leader of the opposition and to try to agree a plan that we would both stick to ensure that we leave the European Union and that we do so with a deal."

But she insisted her withdrawal agreement - which was voted down last week - would remain part of the deal. The UK has until 12 April to propose a plan - which must be accepted by the EU - or it will leave without a deal.

Mrs May said that if she could not agree a unified approach with Labour leader Jeremy Corbyn then the government would agree a number of options on the future relationship with the EU and put them before the House of Commons in a series of votes. 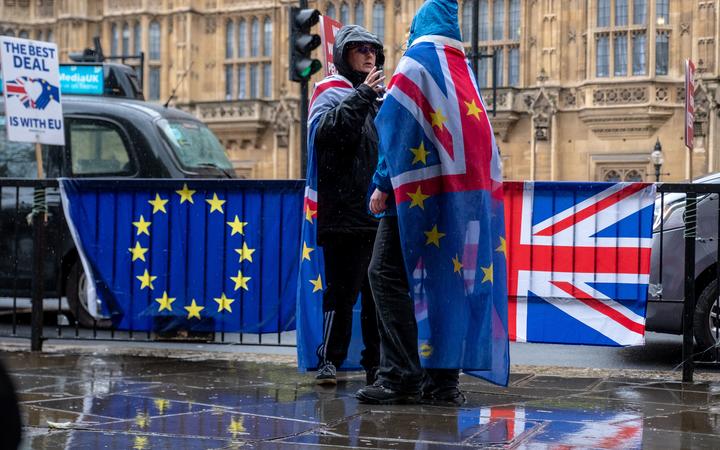 Earlier, a cross-party group of MPs put forward a bill to prevent a no-deal Brexit in 10 days' time.

If passed into law, the bill would require the PM to ask for an extension of Article 50 - which mandates the UK's exit from the EU - beyond the current 12 April deadline.

Labour MP Yvette Cooper presented the bill - which supporters hoped they could pass through the Commons in one day.

This bill would make it UK law for the PM to ask for an extension to prevent a no-deal, but it would be up to the EU to grant it - or not.

In March, MPs voted against leaving the EU without a deal, but it was not legally binding.

Meanwhile, the EU's chief negotiator has said a no-deal Brexit is now more likely but can still be avoided.

Michel Barnier said a long extension to the UK's 12 April exit date had "significant risks for the EU" and a "strong justification would be needed".

French President Emmanuel Macron and Irish Taoiseach Leo Varadkar are meeting in Paris to discuss the impact of Brexit. 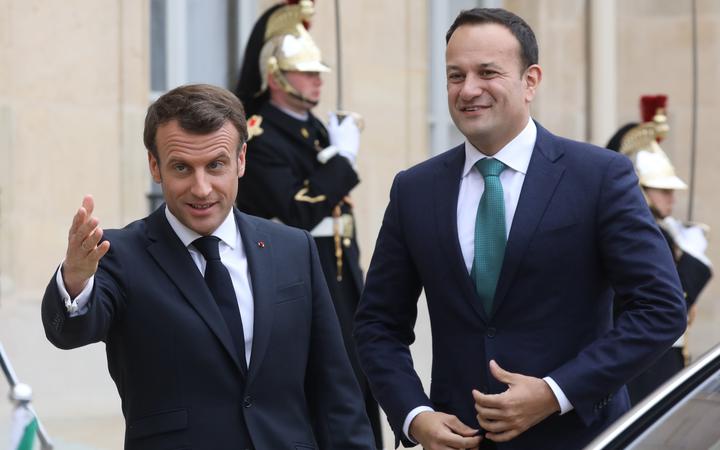 President Macron told reporters that the EU "cannot be hostage to the political crisis in the UK", and the government must come forward with "credible" reasons for an extension.

He said these could include an election, second referendum, or alternative proposals for the future relationship, such as a customs union.

Mr Varadkar said the UK was "consumed by Brexit", but the EU should not be.

He said the EU "needs to be open" about any proposals the UK brings, including a longer extension, and they will do what they can to "assist".

But he added: "We gave the UK some time, some space and some opportunity to come up with a way forward... [but] as things stand, they will leave on 12 April without a deal."

Tory MP Sir Oliver Letwin, who supports Ms Cooper's bill, said: "This is a last-ditch attempt to prevent our country being exposed to the risks inherent in a no-deal exit. "We realise this is difficult. But it is definitely worth trying."

In the latest round of indicative votes on Monday, MPs voted on four alternatives to the PM's withdrawal deal, but none gained a majority.

Mrs May's plan for the UK's departure has been rejected by MPs three times.

Last week, Parliament took control of the process away from the government in order to hold a series of votes designed to find an alternative way forward.

Eight options were put to MPs, but none was able to command a majority, and on Monday night, a whittled-down four were rejected too.