Snails, ants and even fried cockroaches are increasingly popping up on Australian menus, as people seek more environmentally friendly meat. 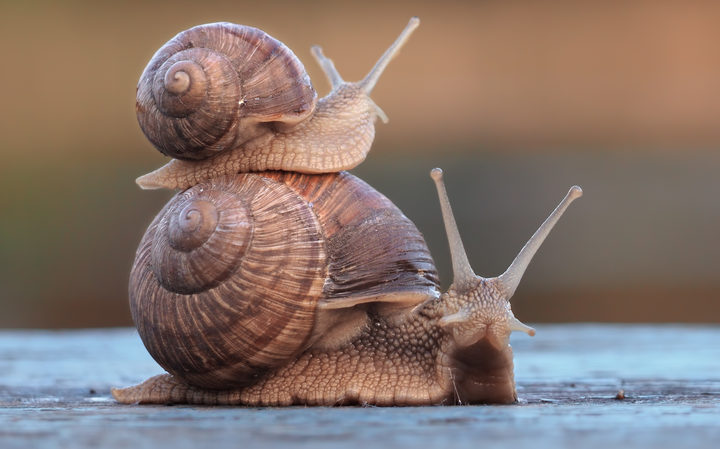 Some snail farmers in Australia are producing up to 50,000 snails a year. Photo: 123rf

However, with extreme weather and increased popularity, Australian snail farmers are struggling to meet demand.

Claudia Ait-Touati is a not-for-profit snail farmer in Coonalpyn, about 150 km south-east of Adelaide.

Eight years ago she began breeding snails on her care farm, which hosts people living with dementia.

In that time, she has seen interest in snail meat spike.

"It's mainly individuals who love escargot who have tried them before and also from restaurants who have it on the menu, but have trouble finding it in Australia," she said.

"We're still not to a point where we can guarantee a steady supply to consumers, but we do get more and more enquiries from people who want to try it."

She grows up to 50,000 common garden snails on her property - the only type of snail that can legally be farmed in Australia - but the recent hot weather wiped many of them out.

"A lot of people think it's an easy way to get rich quickly, which it isn't - it's very, very labour intensive and takes a long time to get up to a point where you can deliver and supply continuously," she said.

"But, it is sustainable.

"The snails feed themselves, so there's not a lot of waste either. They don't produce... greenhouse gases as much as cows do and you don't need machinery to breed the snails."

In the time she has operated her farm, she has seen many other snail farms throughout Australia come and go.

She said recently a number of new farms had popped up, a promising sign for the industry and of the interest in the meat.

As part of Tasting Australia next month, she will host an escargot festival at her farm, where everything from snail pate, snail wonton soup, snail pasta, pizza and snail fritters will be on offer.

There will also be snail races.

"We want to raise awareness about what can be done with snail meat," she said.

"We produce the common garden snail and that's the only snail you're allowed to farm in Australia.

"It's a different product, so it sticks in people's minds … and snails definitely do and they're adorable.

"It's a good alternative to other meats - it's very healthy, high in protein, low in fat and it's a sustainable source of meat." 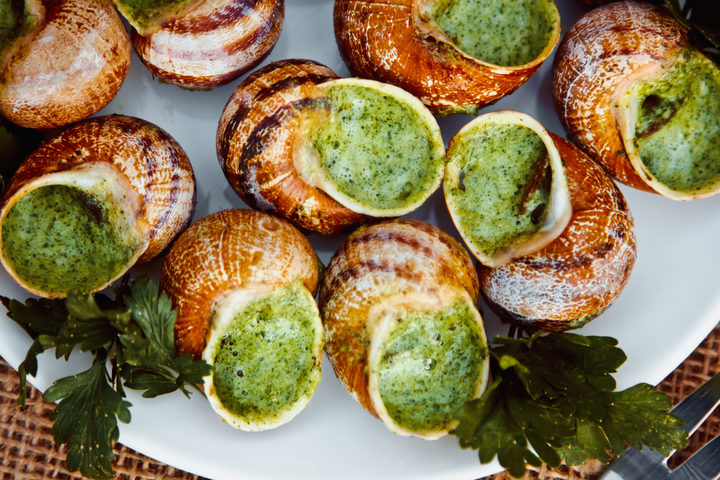 The French have been eating snails, or escargots, for years. Photo: 123rf

"For 100 grams of raw snail, there are about 17 grams of protein in it, which is just slightly lower than what we'd find in other meats like beef and chicken," she said.

"But, higher than what we'd find in lentils and dairy serves of food, so it's quite a useful source of protein.

"But, it's probably the iron that's the valuable source, particularly for those that may not eat a lot of red meat for a variety of reasons.

"One of those reasons might be the environmental effects of not eating red meat, so the snail meat does provide a good alternative."

Dr Mantzioris said it was not just snails that were growing in popularity in Australia - but all kinds of insects.

"Given the environmental impact of meat intake, people seeking alternatives, different tastes, different flavours, it is something that a lot of people are seeking," she said.

"The popular cooking shows have created that enthusiasm for looking for different flavours and tastes, it's part of people's curiosity about what can we eat, what does it taste like and how might it benefit us."

But, Ms Ait-Touati said it was not as simple as collecting insects from your garden and frying them up.

There are risks of consuming high levels of pesticides and insecticides if the insects have not been farmed safely.

"We feed them on a mixture of grains and herbs so it gives them a bit of a different flavour as well, but it also helps to clean out their gut," Ms Ait-Touati said.

Then they are purged and cleaned before they are ready to be cooked.