Memory transfer has been at the heart of science fiction for decades, but it's becoming more like science fact. 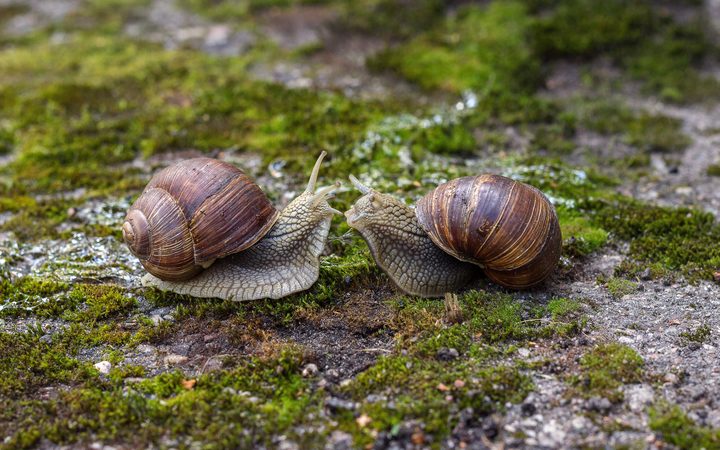 A team successfully transplanted memories by transferring a form of genetic information called RNA from one snail into another.

The snails were trained to develop a defensive reaction.

When the RNA was inserted into snails that had not undergone this process, they behaved just as if they had been sensitised.

The research, published in the journal eNeuro, could provide new clues in the search for the physical basis of memory.

RNA stands for ribonucleic acid; it's a large molecule involved in various essential roles within biological organisms - including the assembly of proteins and the way that genes are expressed more generally.

The scientists gave mild electric shocks to the tails of a species of marine snail called Aplysia californica. After these shocks were administered, the snail's defensive withdrawal reflex - where the snails contract in order to protect themselves from harm.

When the researchers subsequently tapped the snails, they found those that had been given the shocks displayed a defensive contraction lasting about 50 seconds, while those that had not received the shocks contracted for only about one second.

The shocked snails had been "sensitised" to the stimulus.

Scientists extracted RNA from the nervous systems of the snails that received the shocks and injected it into a small number of marine snails that had not been sensitised in this way.

The non-sensitised snails injected with the RNA from the shocked animals behaved as if they had themselves received the tail shocks, displaying a defensive contraction of about 40 seconds.

They saw a similar effect when they did the same thing to sensory nerve cells being studied in petri dishes.

Prof David Glanzman, one of the authors, from the University of California, Los Angeles (UCLA), said the result was "as though we transferred the memory".

He also stressed that the snails did not get hurt: "These are marine snails and when they are alarmed they release a beautiful purple ink to hide themselves from predators. So these snails are alarmed and release ink, but they aren't physically damaged by the shocks," he said.

Traditionally, long-term memories were thought to be stored at the brain's synapses, the junctions between nerve cells. Each neuron has several thousand synapses.

But Prof Glanzman said: "If memories were stored at synapses, there is no way our experiment would have worked."

The UCLA professor of integrative biology holds a different view, believing that memories are stored in the nuclei of neurons. The paper might support hints from studies conducted decades ago that RNA was involved in memory.

The type of RNA relevant to these findings is believed to regulate a variety functions in the cell involved with the development and disease.

The researchers said that the cells and molecular processes in the marine snails are similar to those in humans, despite the fact that the snail has about 20,000 neurons in its central nervous system and humans are thought to have about 100 billion.

The researchers see this result as a step towards alleviating the effects of diseases such as Alzheimer's or post traumatic stress disorder (PTSD).

When asked if this process would be conducive to the transplant of memories laid down through life experiences, Prof Glanzman was uncertain, but he expressed optimism that the greater understanding of memory storage would lead to a greater opportunity to explore different aspects of memory.