A Dunedin company has launched a meat-free mince product, after identifying what it calls a gap in the market for alternative proteins. 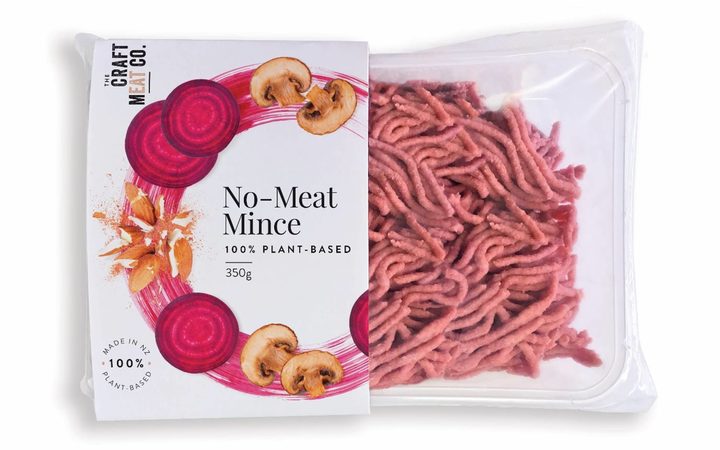 The plant-based mince has ingredients such as mushrooms, tomato, almonds, coconut oil and soy protein.

The company's co-owner Grant Howie, said the product was the first plant-based mince to be made in New Zealand.

Mr Howie said he noticed a lot of the alternative proteins on supermarket shelves were imported from overseas.

"I thought 'why can't a New Zealand business start developing up and manufacturing plant-based meat and have a New Zealand made product [instead]'," he said.

The meat-free mince was targeted at the growing number of people who wanted to reduce their meat consumption or who did not eat meat at all, Mr Howie said.

"We are seeing a significant rise in global demand for alternative proteins, and the New Zealand market is now experiencing a massive increase in vegan and flexitarian consumers" said Grant Howie.

"Flexitarians are looking to replace some of the meat in their diet and so as a business we are responding to that new demand," he said.

The new product, "No Meat Mince" was the first of the company's alternative meat range to be launched and closely resembles traditional mince, Mr Howie said.

"Once you cook it up... that texture binds together and creates something that's very similar to normal mince that you'd typically use in Spaghetti Bolognese or chill con carne or those sorts of dishes," he said.

He said plans to follow the plant-based mince with "No Meat" sausages, burgers and ready-made meals are underway for 2019.